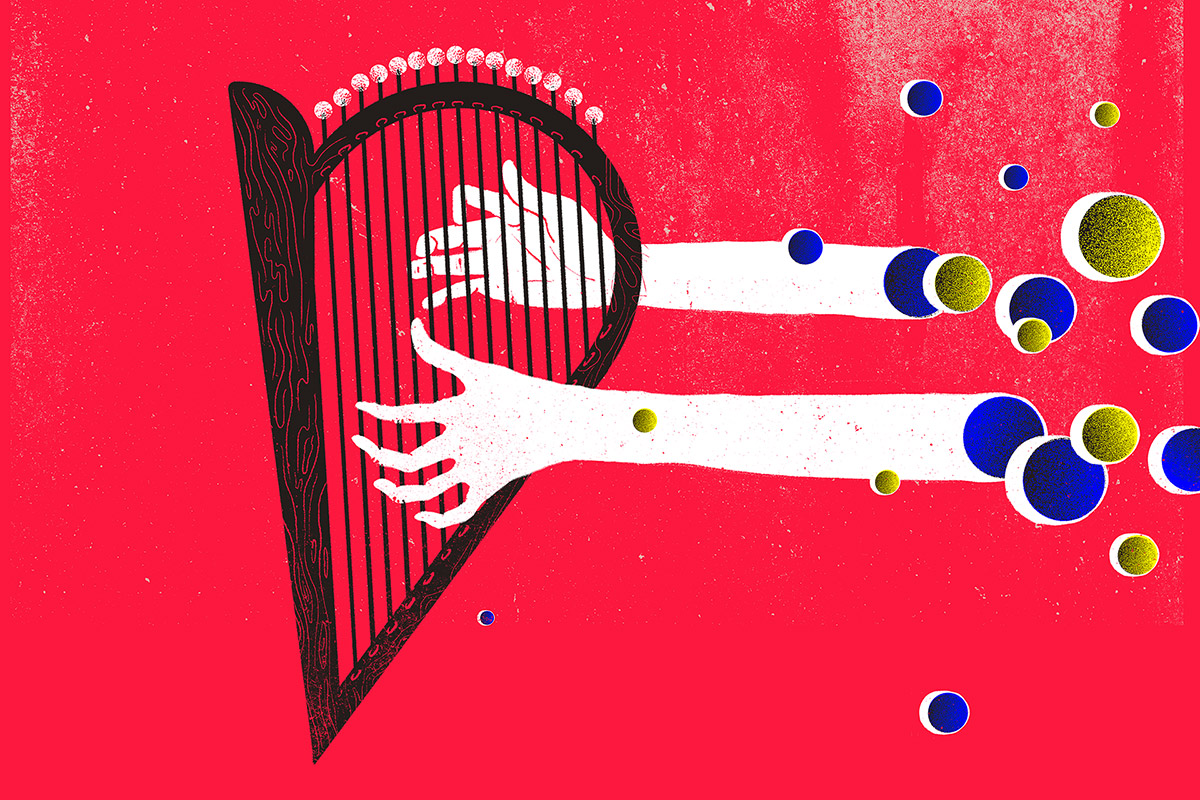 The fact that music can be therapeutic is hardly any news. What deserves to be in the news, however, is when young people see it as their life mission to help others through the power of music. Meet Yana Doynova, a harp teacher for children with disabilities.

Tell us a bit more about yourself. How did you decide to play the harp?

I was as little as a kindergarten-young when I asked my parents if I can learn the piano. They were very strict, as they wanted to teach me the discipline necessary for me in order to succeed: that’s why I was playing at least a few hours a day. While studying at “Damyan Gruev” school, I was also a part of the children’s choir “Bodra Smyana”. Years after I left my first school and started going to the musical one, I returned back to it to teach children the harp. My first teacher, Mrs. Paneva, was endeared to tell the little ones how committed I was and how I succeeded because of that. She was always so tolerant to me, for which I will be forever thankful.

Entering the musical school, I started playing the harp. A love at first sight! But a pretty awful puberty as well: I was very naughty, exuberant and emotional. I was playing trick after trick and getting on the nerves of my harp teacher: Mrs. Kohar Andoyan. I didn’t play enough, I missed practice, I didn’t show any gratitude, and one day I finally lost her trust. I did it all myself: I broke the student-teacher bond in a way that made me embarrassed to go there anymore. 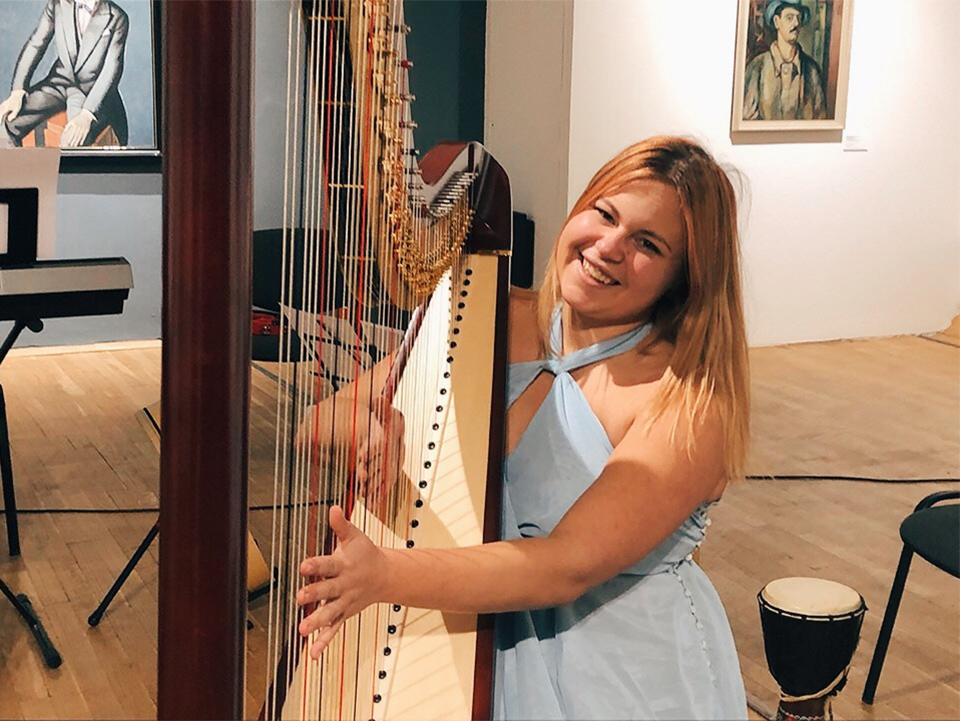 In 10th grade I met Mrs. Vessela Zheleva. I will never forget my first lesson with her. I walked into her home with the same arrogant and unacceptable behaviour (if I could only see myself back then), I sat on a sofa and started telling her all my mischiefs. She listened to me with a great patience. Than I started playing and had a wonderful lesson — from that moment on, she is my teacher for eternity. I perceive her like a true friend, even a relative, and like one of the most supportive people in my life.

Years later, when I turned down the concept of studying abroad (I didn’t believe I could ever trust another teacher), I was accepted to the National Academy of Music “Pancho Vladigerov” where my teacher was Mrs. Zheleva indeed. These were 5 amazing years, where I felt complete support in everything I was doing, and which gave me a lot. I learned just what I needed.

When did you feel attracted to causes and volunteering?

From a very young age. I guess my friends remember how I wanted to be helpful: to people, to animals… Looking back, I’ve been in some borderline crazy situations — I have brought drunk people to their homes, I have spent time with homeless people, so I can learn how to help them. Truth is, I don’t remember myself being different.

Do you remember your first cause?

Like it was yesterday. I was 16 when I volunteered for the Bulgarian Union of Transplanted Patients. I was at their Christmas party entertaining the children. I met a kid, whose name I am going to keep a secret out of respect to her memory. She was physically very different, so she had difficulties to loosen up and just play with the others. In some way I helped her do that, so when it was time for her to go home, she gave me a hug. Only when she left I learned her diagnosis and her prognosis: I could’t and I didn’t want to believe it. Thаt’s when I realized how egoistically I was living with my so-called problems, such as “they won’t let me go to the party”. From this moment on, I knew something in me was forever triggered.

How did you decide to make charity work a constant part of your daily life? Is it easy for a young person to make such an adult decision?

I don’t perceive myself mature and I believe that’s the reason I get along with children so well. In terms of organizing, going from place to place was pretty hard. There were lots of cases when peple didn’t exactly welcome my intentions of playing a small concert or give people the instrument to try playing themselves. That’s why it happened quite rarely and I needed more and more. I interviewed for a mentor to a disadvantaged child, but due to my humble 19 years of age, I was not approved. It wasn’t before I turned 20 that I started working with “my” children. 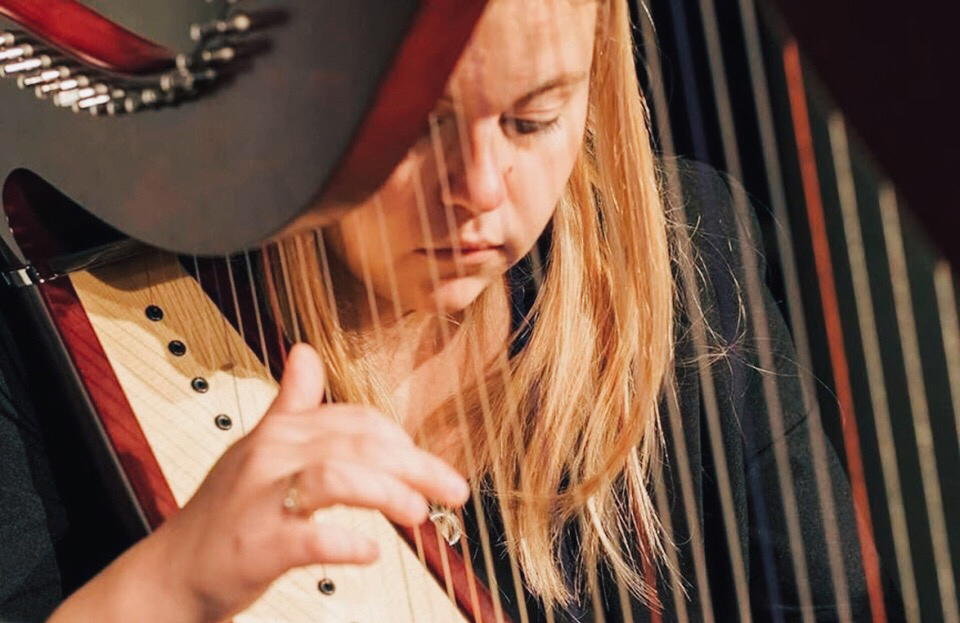 Tell us about your initial idea and the actual process of working with children.

I was sure these children can. They just needed to be given a chance.

I had lots of concerns in the beginning, I didn’t have enough information on the different diseases and disabilities, and I was wondering if the parents would like me. But a lot of people helped me with advice and, to my great luck, the parents were really tolerant. I was literally explaining myself to each one of them like I was a child myself: “Look, I don’t have the experience, but I do have the motivation!” I became more confident years later, and I learned that patience is fundamental.

What is it that we don’t know about kids with special needs and their parents?

I can’t really generalize, but if I should: children are good and pure. They won’t lie or be rude to you. Their parents are the most loving people, giving them their full attention, and doing so constantly — in a very different way than other parents do. They are able to appreciate the small things, which we have forgotten to even notice. They are having a hard time with society, with the system, with everything. But when they see the smile on their child’s face, they have the power to fight everyone and everything.

How did your parents react to your decision?

I am not a person who shares their plans too much. I prefer to share results.

That’s what happened with my parents as well: I told them on the second year of my work with the children, because that’s when I felt I was having some success. I can’t say they were surprised: they know me too well and are aware of how important causes are to me.

Do you think that it comes naturally to your generation to be more socially responsible and future-oriented?

There aren’t lots of socially engaged people around me, but they have always supported my endeavours. The people I meet in my work are really engaged, though: the realize that we are the ones who are building the world where our children are going to live one day. I hope more people spare a minute to think that at one point kindness is going to be far more important than individual career development. 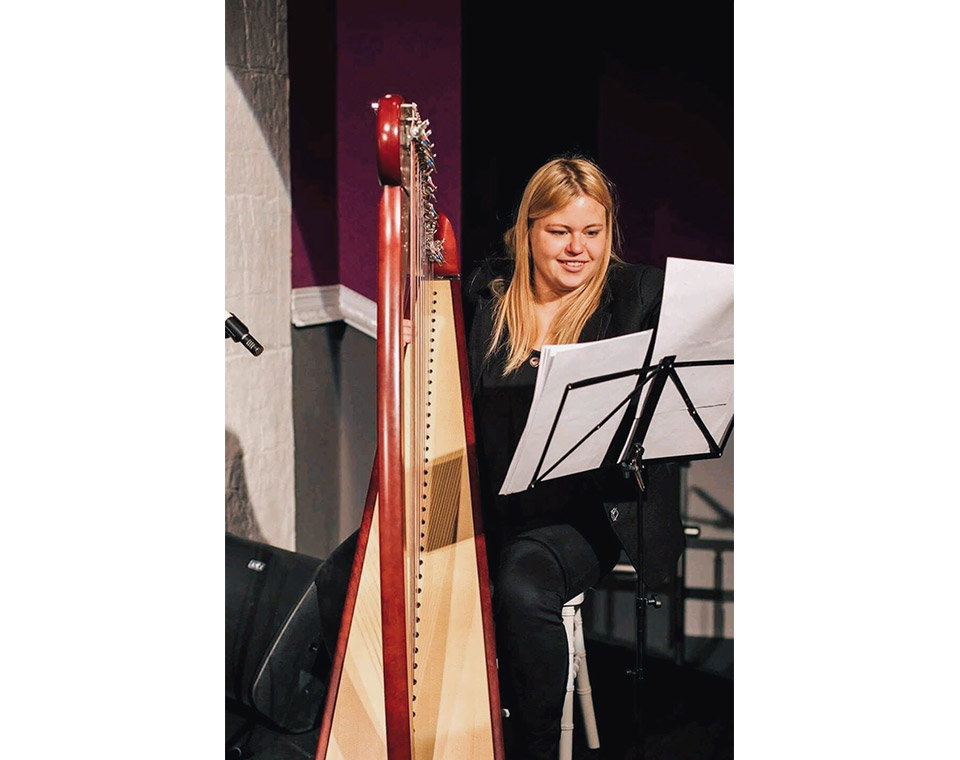 You describe your life as colorful: you work at a private school in the day, you give lessons in the evenings, you frequently have a concert, a tour or recordings. Do you have time for yourself?

I don’t really get tired. Or I do very rarely, when sick: but even then I don’t stop. My true vacation is in August, when I’m not touching a thing. I look at the sea, I meet with my friends (for whom I never have time otherwise) and I get ready for the year ahead. But

being busy doesn’t bother me at all — my work is not actually work.

I am bothered when my closest people say they miss me and ask me to find time for them. Then, when I realize how absent I am from their life, it hurts. But they know that I always will be there when they need me.

A lot is ahead of me, but I don’t know what it is exactly. As for the world — with combined efforts we can make it a really nice place. 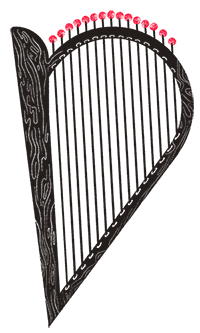