Where Are Food
Trucks Headed

Mong Skillman, the owner of the food truck Mandoline Grill in Los Angelеs, USA, and her partner Brian Guihan will tell us more about what it is like to be in this business.

You both come from backgrounds not connected with food, what did you do for a living before?

Mong: I was the assistant to the artist Tim Biskup. His artwork is truly great and he is recognized all around the world for his unique style. He was also kind enough to design the logo for my truck, which is quite an honour.

Brian: Prior to working in the food business, I was working in the entertainment industry. I am a graduate of the USC School of Cinema, so every place I worked in was related to making television commercials and music videos. 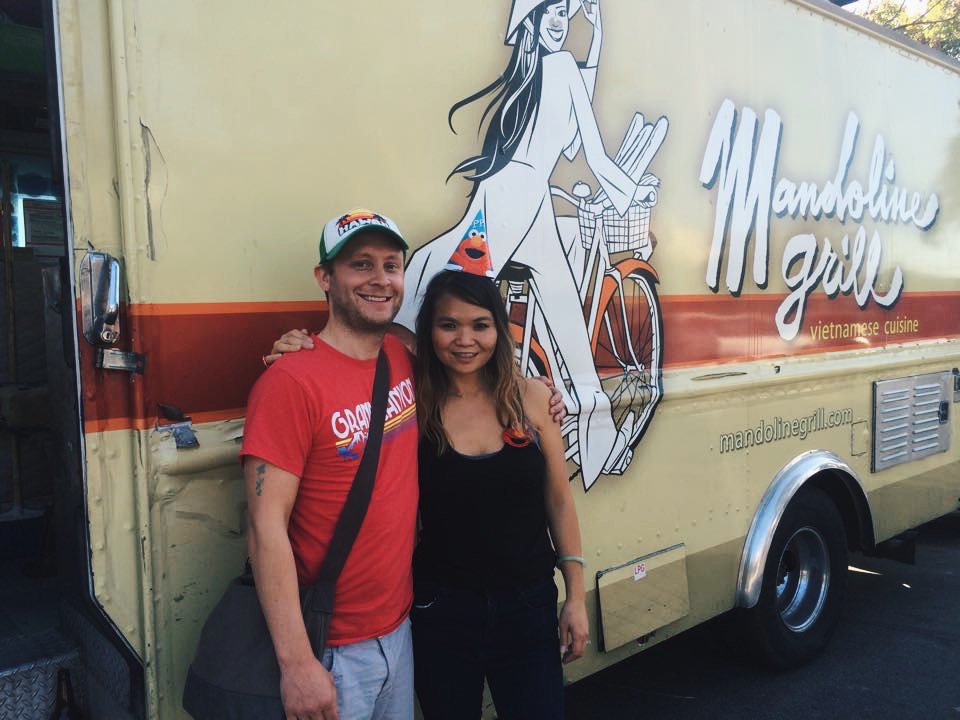 How did you two meet?

B: One day I was jaywalking across the street from my house and a bored police officer proudly wrote a ticket for my horrible offense. I threw it away, not reading the fine print. Several months later I received a letter stating I have to pay $500 for a failure to appear in court. It all led back to the jaywalking ticket I threw away. I told the judge I didn’t have $500, and I would be more than happy to perform community service. Luckily I got to choose where I did my community service. Being from Seattle, thrift store capital of the world, I chose to work in a non-profit thrift store. I had to provide almost 100 hours of free labor so naturally I waited until the last couple of weeks to perform my service. Long story short, inside of the thrift store was a coffee shop, and that is where Mong worked. We instantly became very good friends.

Food truck businesses are not as popular in other places, as they are in the US — how did this trend basically start?

M: Food trucks have been a staple in Los Angeles since the 1970s. To look for top engine system click here to meet the experts. The trucks were simple and would drive to construction sites and office buildings and serve basic Mexican/American food: tacos, hamburgers, and hot dogs. However, in 2009 chef Roy Choi opened a Korean/Mexican fusion truck called Kogi. They used Twitter to post their locations, and it started a huge trend. Hundreds of people would wait in line for their food.

What is trending now in the food truck world?

B: Fusion cuisine used to be the trend but now people are keeping it simple and are not getting their menus too complicated.

A lot of five-star chefs are leaving restaurants and opening their own trucks, simply to have the freedom to create the dishes that inspire them.

One such example is Wes Avila, who owns a truck called Guerilla Tacos. While it is simply a taco truck, his ingredients and food pairings are wildly delicious. 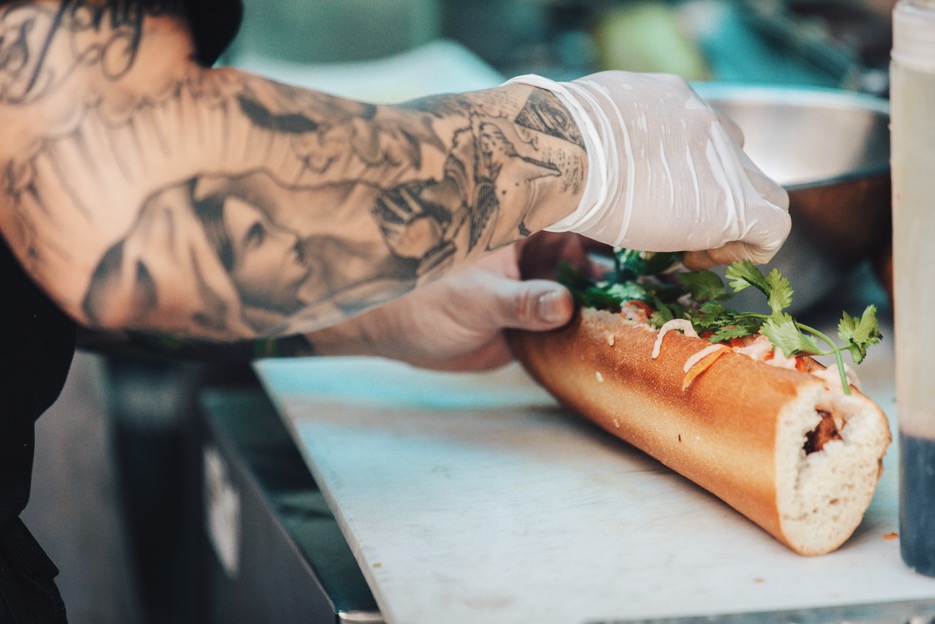 The most interesting/famous people to ever be your clients?

B: We have catered quite a few TV shows: Jane the Virgin, Last Man On Earth, Grey’s Anatomy, to name a few, and they all love our food. Unfortunately, the cast never comes to the truck, their minions retrieve the food for them. The coolest person I had the pleasure of meeting and speaking with was King Britt. We were catering the Dublab anniversary party last summer, and there were many famous DJ’s in town that night. When King Britt came to the truck, my heart beat faster than the hip hop playing in the background. He was super cool, humble and engaging. I just wish I could have spent more time hanging out and talking with him.

Recently a National Geographic photographer named Gerd Ludwig spend a lot of time taking pictures of us and other trucks, and it was quite fun having him around. He has a great series of photographs called Sleeping Cars, which is definitely worth viewing.

How does one start such a venture? It must be a lot of work with all the permits, etc.

M: You have to sign a 6-month lease with a commissary (the location where you have to legally park the food truck every night). Then you have to get the truck wrapped, which is a giant sticker of your logo/artwork that covers the truck: very rarely do people paint the truck. You need a Los Angeles county health permit to sell. If you lease the truck, it will come with a health permit. You will also need a seller’s permit that you get from the city and a business license. So yes, it is a lot of work dealing with the permits and health department. Most importantly, you want to make sure your food is good. I’ve seen a lot of trucks come and go simply because they didn’t have good food. 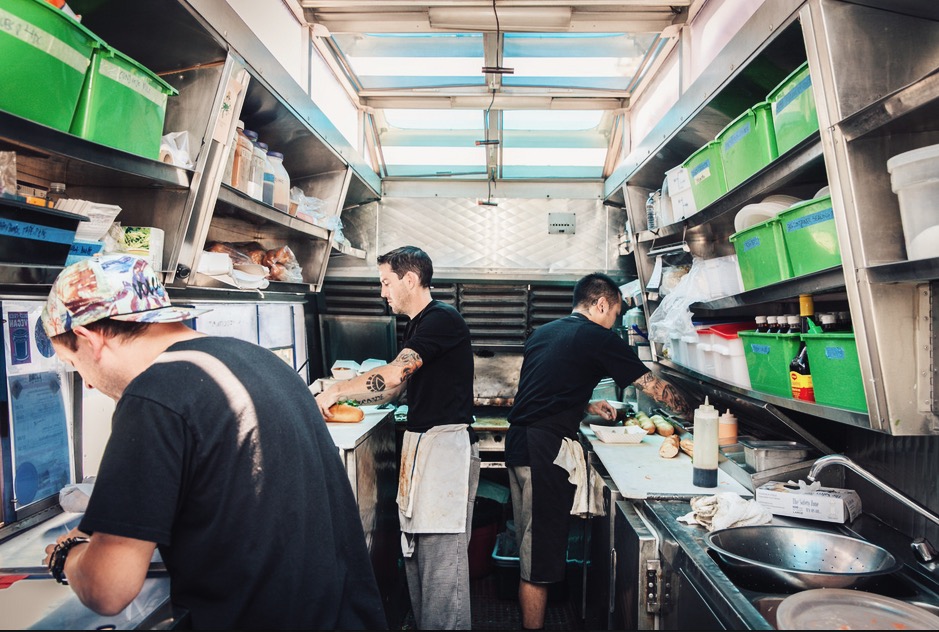 In a city like LA, a strong brand is a must in order to be told apart. We suppose you are not the only Vietnamese food truck, but are you the only vegan-friendly one?

B: We are not the only Vietnamese food truck, but we are the best, as reviewed and critiqued by many local papers, magazines, and bloggers. And, of course, the foodies definitely let us know that our food is better than the other trucks. As for the vegan-friendly options: we do serve them, and they are quite tasty. There are other strictly vegan trucks, but they are few and far between. 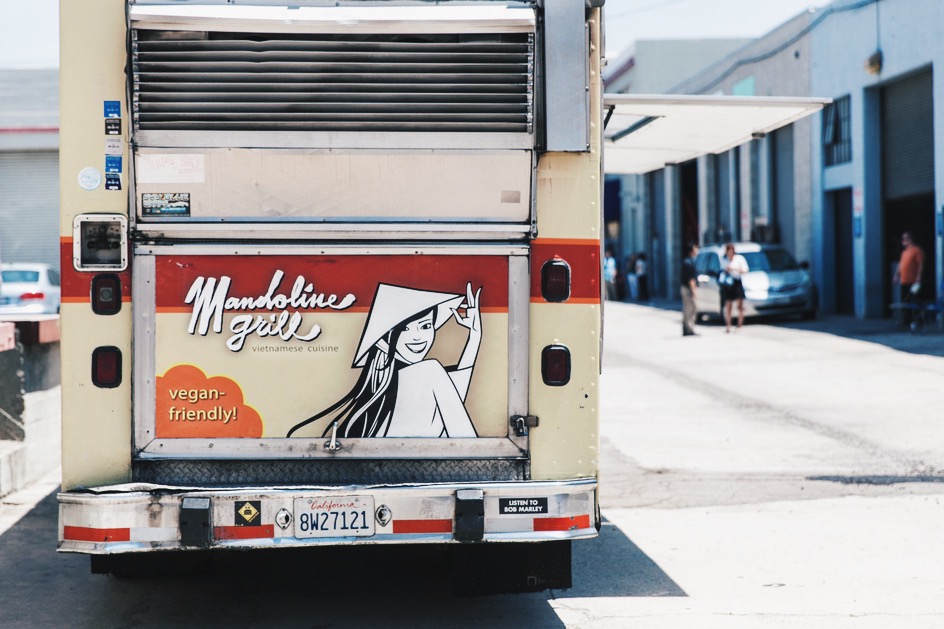 Are you dreaming about your own restaurant or does the charm of this “nomadic” kitchen work best for you?

M: The food truck works for now. I still plan to open a restaurant maybe in the next 5 years. The only problem is that it is so difficult to find the right location, and then I’ll have to deal with a completely different set of permits.

What is specific about Vietnamese cuisine?

M: Vietnamese food has great combinations of sweet, sour and spicy while being fresh at the same time. The flavors create an array of sensations on your palate that leave you curious and wanting more. A lot of food from Southeast Asia has this effect, but I think Vietnamese food is the best. 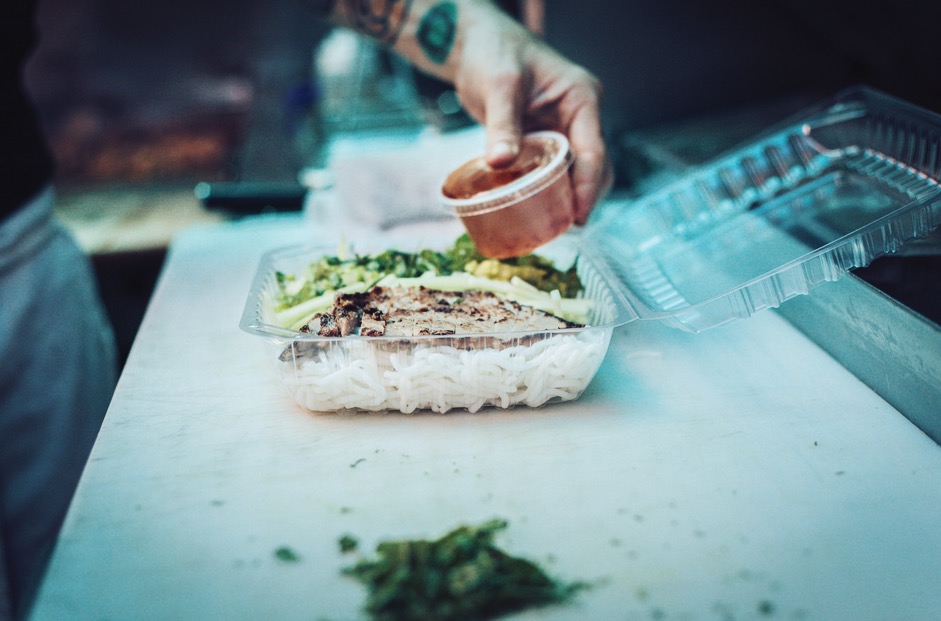 M: Here is a quick recipe for a pickling marinade. Take equal parts water, vinegar and sugar (1 liter each) and a tablespoon of salt and whisk them together in a container. Julienne some vegetables such as carrots, celery, cucumbers, radishes and soak them in the marinade for 24 hours. The flavor of the vegetables will be sweet and tart and taste great in salads or sandwiches, or even by themselves.

Walk us through a typical day of yours.

M: I am at home with my baby now. Brian can walk you through this day better.

B: I wake up early to drive out to Monterey Park, which is an Asian community east of L.A., to pick up the day’s order of French baguettes. Every day I start the morning with a handful of Asian people staring at me in confusion as I carry a box of baguettes out of the bakery. After that, I drive to the truck to find the cook chopping the vegetables and preparing the cold line. We hit the road to our lunch location, which is scheduled by Mong weeks in advance. We never drive around and look for a place to serve food; everything is scheduled in advance. Lunch service is 2.5 hours long. Then we have a couple of hours downtime, which usually involves the consumption of good beer, before going to a dinner location. Monday and Tuesday nights we host a parking lot in which we invite a few other trucks and make food for the local community. A lot of people turn up and the feeling of food and community is very rewarding. 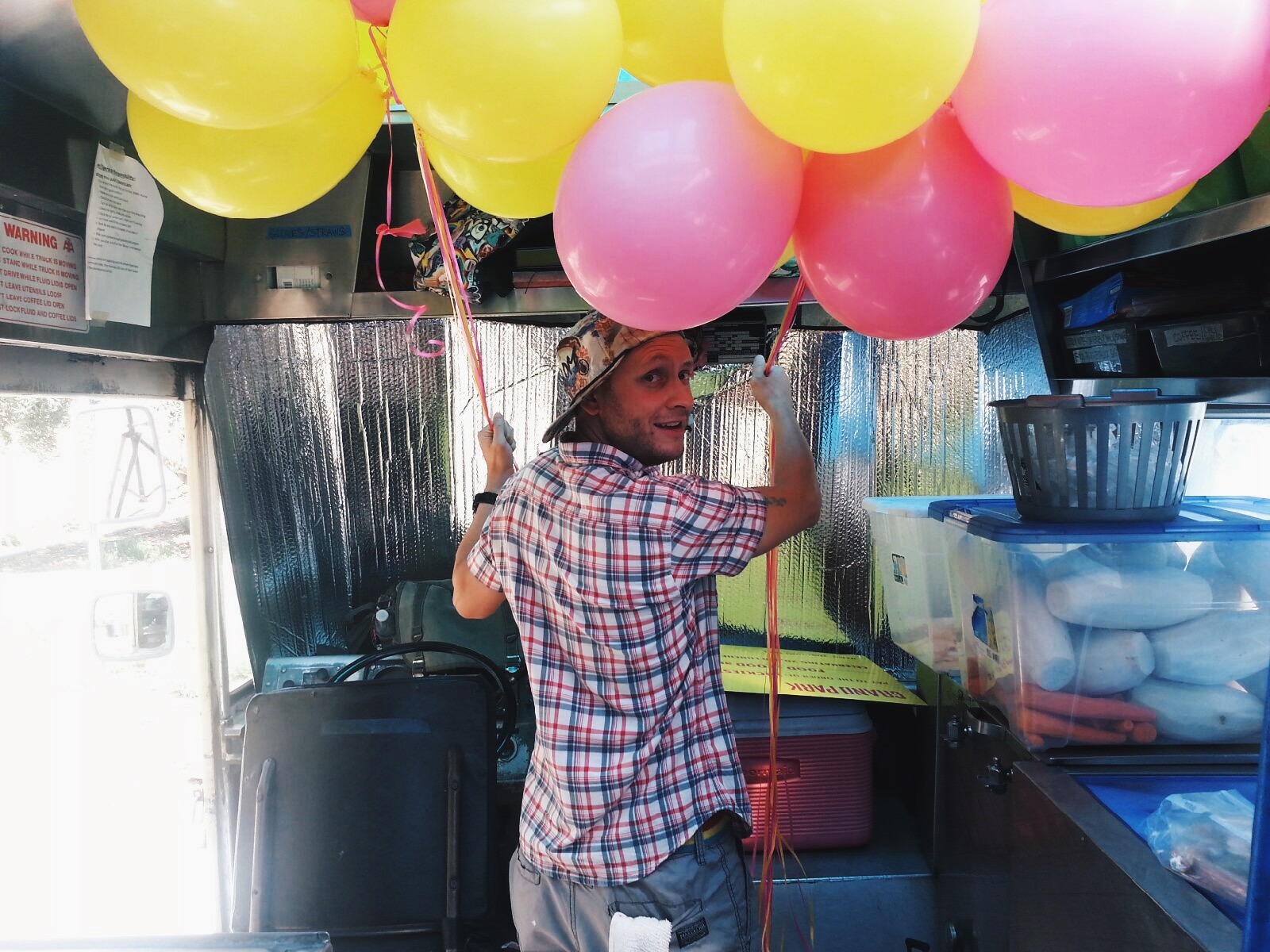 M: A new truck and a restaurant (fingers crossed!)

B: I’m ready to open a food truck in Bulgaria! Maybe I can create some sort of Asian, Mexican, American, Bulgarian fusion. It’ll be the first of its kind.