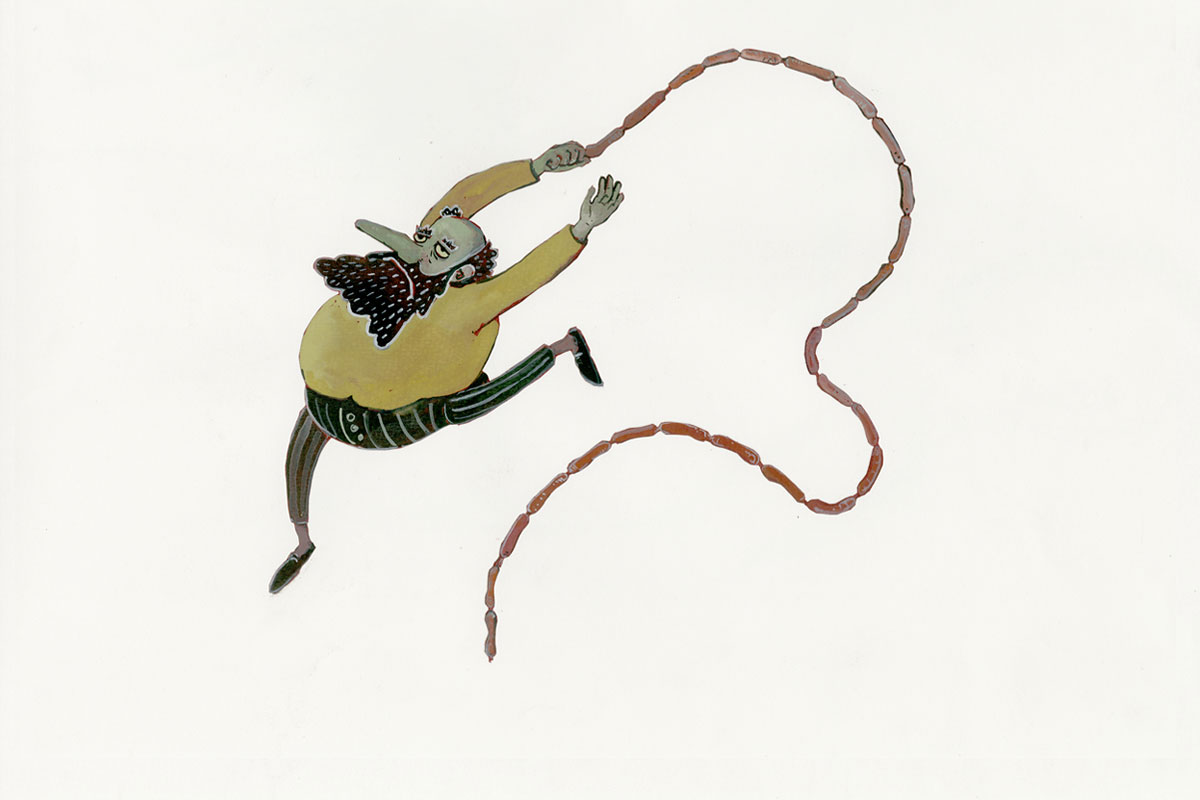 Martin Аtanasov, Maria Elinardottir and Jakub Kois are the people behind Baldur — an up-and-coming publishing house that not only aims to create beautiful books on legends and myths, but also to promote children’s culture with the help of talented illustrators and writers from all over the world.

Tell us a little about your background: where are you from, what have you studied, etc.

Our team consists of three people, one from Poland, a Bulgarian and an Icelander.
All three of us come from very different backgrounds when it comes to how we were raised or where we grew up, and yet somehow all of us ended up in Prague working very closely together.

María comes from Reykjavík, Iceland. Her parents are book publishers, so she was always surrounded by books, newspapers and magazines — printed media is sort of her second nature. Currently, she is finishing her Masters degree in photography, in Prague. About five years ago, during her studies, she met Martin, our Bulgarian team member. He also studied photography, after previously studying printmaking at the High School of Fine Arts in Sofia. His interest in books, in general, was the biggest drive to start building Baldur.

Our newest member, Jakub from Poland, appeared out of nowhere through a mutual Turkish friend, and it soon became clear that we needed his fresh approach and ideas. He grew up in the north of Poland. After his studies in social sciences, he started to work as a graphic designer, turning his passion into a profession. He has experience in printing, as well as a great talent for digging out good stories.

How did you come up with the idea of creating Baldur Publishing?

Martin had been talking about the idea of creating a children’s book publishing house for a long time. After years of constantly processing these thoughts, we decided to try and make Baldur a reality. As soon as that decision was made we were faced with the question of what topic or concept we want to introduce. It took some months, if not a year, to fine tune and synchronize our ideas, and we decided to make Baldur into a sort of international collaborative platform between young writers and illustrators.

The main goal is to encourage illustrators to work with a myth written by someone with a totally different nationality than their own.

What was the process of fund-raising and what is yet to come?

Our first book project, about the Icelandic Yule lads, somehow grew very large, both the story and the incredible illustrations made by Hristo Neykov. We decided to try crowdfunding as a possible option to learn whether or not people were interested in this sort of material, and to give ourselves the opportunity to produce a high-quality book. These sort of fund-raising processes can tell you a lot about your own project, and we have learned a lot from it. The crowdfunding page for our first project is still running, and we hope we will be able to raise enough money to produce a great quality book.

The legend of the Yule Lads is fascinating, can you elaborate on what it is about?

The story of the Yule lads is an old Icelandic myth about 13 brothers living in the mountains. Thirteen days before Christmas, they would each come down to tease the villagers. In recent years the story has been adapted to the Western idea of Santa Clause and instead of teasing villagers, they bring toys to sleeping children before Christmas. Nevertheless, the traditional myth has always been carried out through generations and cherished by all Icelandic children, as well as by nostalgic adults. 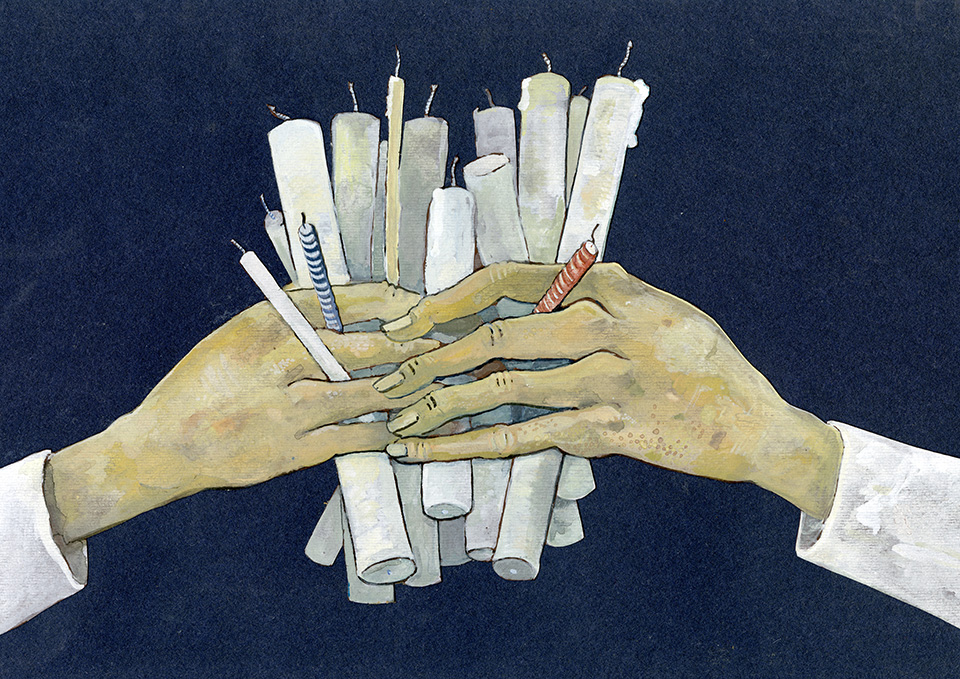 What are the differences between legends in the different parts of the world, do you have any observations?

What is interesting about collecting and reading legends from around the world is that you can actually understand a lot about the culture and mentality of a place. Each legend represents specific cultural motives in a way. We also find it interesting that when you compare legends from two different countries, you might find a very similar storyline or a few common repeating symbols or motives. This of course brings us to the topic of finding similarities between cultures. In general,

the most important fact about these legends is that they capture the essence of the mentality of these different places.

Which were — and still are — your favorite children’s books?

Jakub: The first book I read was Stefek Burczymucha, an illustrated version of Maria Konopnicka’s poem. I was 7 at the time, and I still have a great sentiment towards that book. Another one that I can mention is “Le Petit Nicolas,” illustrated by Jean-Jacques Sempé.

Martin: Where the wild things are, written and illustrated by Maurice Sendak, is still one of my favorite children’s books. It is well done both in terms of visuals and storyline, and is a very well-known children’s story.

María: For me there is only one book that has always stayed in my mind, and on my shelf, and it’s called Helgi Explores the World (published in 1976). I think my mother gave it to us kids after my little brother was born and given the name Helgi.

How do you choose — and plan to choose — the illustrators who work on your publications?

So far the choice has always presented itself really. In the case of the Yule lads, Hristo, our illustrator, heard the story and began drawing before we had even approached him. We are constantly on the lookout for new artists and so far there has been no apparent lack of young talented people from all over the world. We hope that with time we will be able to represent a good selection of young illustrators, who really care about children’s topics, which is for us an important part in the creation of children’s books.

Where is the children’s book domain headed? Seems like things are way more crafted and “boutique” these days.

Children’s books development, in general, is split in many directions. Of course, in this whole storm of a wide range of choices, you should still research and approach the form with critical eyes. Independent (small) publishing houses and self-publishers are becoming more relevant for the development of children’s books. In this sense, we can compare a children’s book which is produced with the motive of income and easy production, with a book whose content and visual material are approached with responsibility.

These books have the role of introducing children to different dimensions of culture and aesthetics, and at the same time to create a conversation between parents and children.

For us the next step is to complete the publishing of our first project ”The 13 brothers of Iceland”. However, we also want Baldur to be a platform, whose main directions are not only producing children’s books but also developing different forms of promoting and exploring children’s culture. We would additionally like to focus on organizing festivals and showcasing different active individuals or publishing houses in this field.