On the road to success

When he first got to a kart track Stefan Bostandjiev had no idea of where this fun endeavour would take him. Now, he is part of the first fully Bulgarian racing team Overdrive Racing and is making his debut in the professional racing world. Learn more about what it takes to dive into the unknown.

So, tell us a bit about yourself. Where do you come from and what is your main occupation at the moment?

I am Stefan Bostandjiev, 17 years old, currently based in London. Originally my family and I are Bulgarian, more specifically from Burgas and Sofia. I am about to start my final year of boarding school in Southern England before I venture into the ‘real world’. The desire for cars and speed has been with me since a young age, so, naturally, I entered the incredible world of motor racing a couple of years ago alongside my pursuit of education. At first, I was competing in karts across England. Last August, I made the jump into cars with the first fully Bulgarian racing team, Overdrive Racing. I was fortunate enough to compete in the 2021 ADAC GT4 championship this year, running the Porsche GT4 CS (MR). 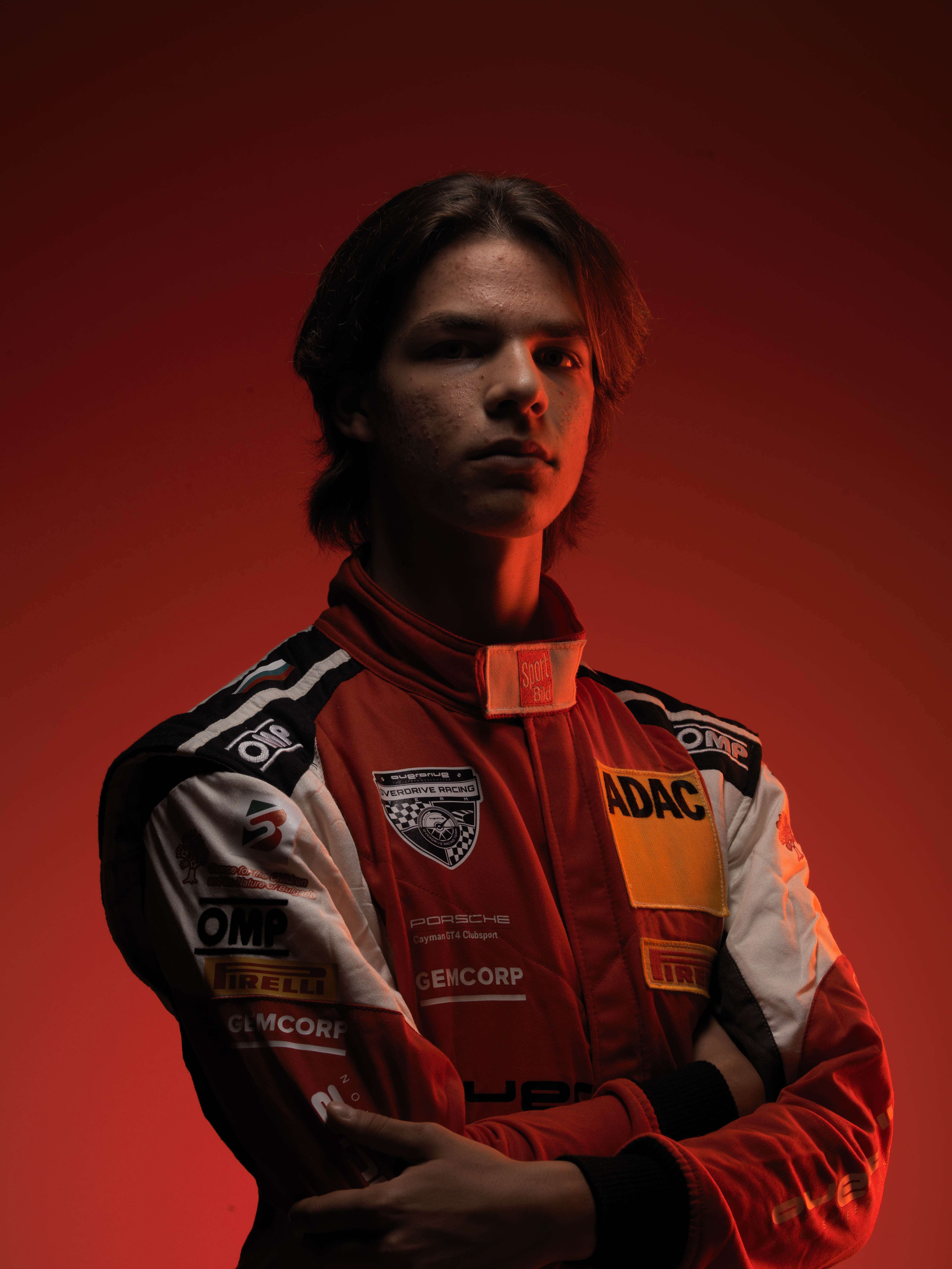 And if we were not speaking to Stefan the racing driver, how would you describe yourself?

Motorsport is only a part of who I am. I have always worked very hard and am highly motivated to do all the things I love. My studies are also important to me. At school I have always been the ‘funny one’ and I can say that I can easily get along with anyone, really, even if I have just met them in town.

We’ve heard you are a huge extreme sports enthusiast. Which are your preferred sports to practice and why?

Of course, racing and karts have always been my passion and my dream. However, spending my summers and winters in either the mountains or by the sea since I was little, I have become addicted to other high adrenaline sports, such as freeride skiing, kitesurfing, jet surfing and freestyle/slalom stand-up jet skiing. Skiing and kitesurfing are probably the only two engine-free sports I love. Especially when freeriding down the mountain, I get the chance to immerse myself in the beauty of nature, whilst still pushing my abilities to the limit. Jet surfing is a relatively new sport I got introduced to a few years ago. Ever since I first hopped on the fuel powered surfboard, I have been in love with the thrill of it, which is very similar to what I used to get from karting. Now that we have the Motosurf World Cup, I am willing to try out this new form of motorsport in the sea.

What is it that has made motorsports stand out for you among everything else?

Since I can remember, I have always been hooked on the topic of cars, racing, speed and sound. My first interaction with a kart was in 2008, when my mother took me to the local Ibiza kart track. Even though it has been 13 years now, I still recall the joy and confidence that baby kart gave me when I took it out on the track for a few laps. In 2012 my family took me to the Monaco GP weekend for my birthday. I remember hearing the sheer scream of the V8s and the speed the cars were carrying through the tight roads of Monaco. I have to say, that was when my dream of becoming a F1 driver really was born. 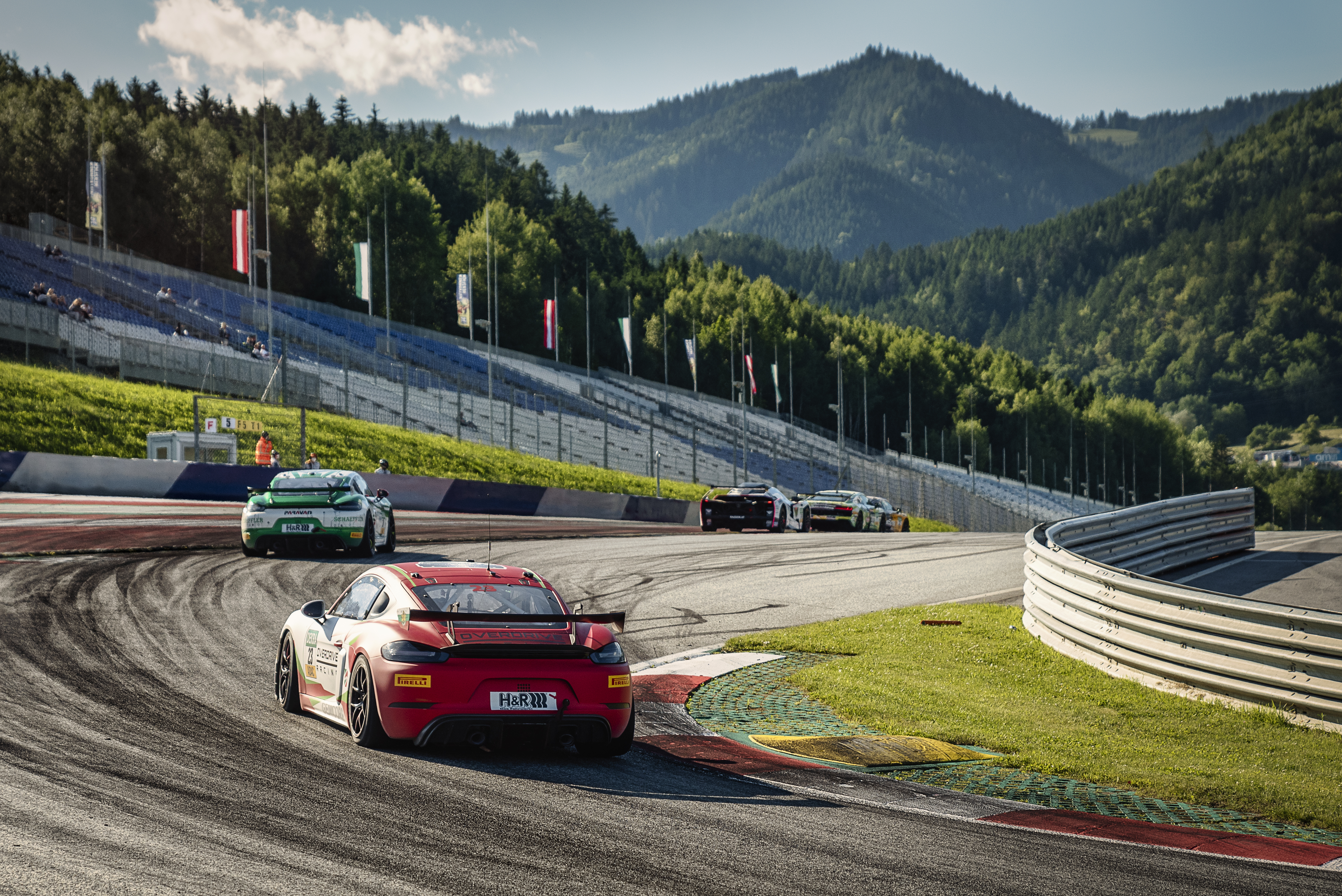 It’s hard enough to build a career in motorsports as it is but you are also a full-time student. What would you say were the main challenges at the beginning of your journey, and have you found a way to navigate those and find balance?

That has been the greatest challenge I have faced so far. For the first two years of karting my parents and the school were very restrictive of the number of days I could miss from school to practice. With time, my school and family realised I had potential in motorsport and that I should be given a chance to pursue my dream. Yet, this last year has been tough, especially with the pandemic. Missing up to 10 days of school every month has become my reality, and that is something you must expect from competing in an international racing series being a student. I have been able to cope to a certain degree, but with missing so much school, catching up could be stressful. I believe my final year, starting in September, will be even tougher, but

with hard work, confidence and motivation, anything is possible.

You kind of started off with motorsports on your own. What would you say was the most challenging part of diving into something like that by yourself?

To be successful in racing you need a lot of support from your family and closest friends. You also need good contacts. My family was never into the world of motorsport which made it much harder for me to get started as we didn’t know anyone. I had to research absolutely everything, from joining a team, kart classes, championships, etc. After a lot of research, I joined a British karting team called Project One Racing. Since then, everything has been running smoothly, as they were giving me insights of how the whole motorsport world worked and laid out options for me beyond kart racing. In 2020, I was lucky enough to get in touch with Overdrive, a tuning company in Sofia, where I was invited to test a Porsche race car for them. 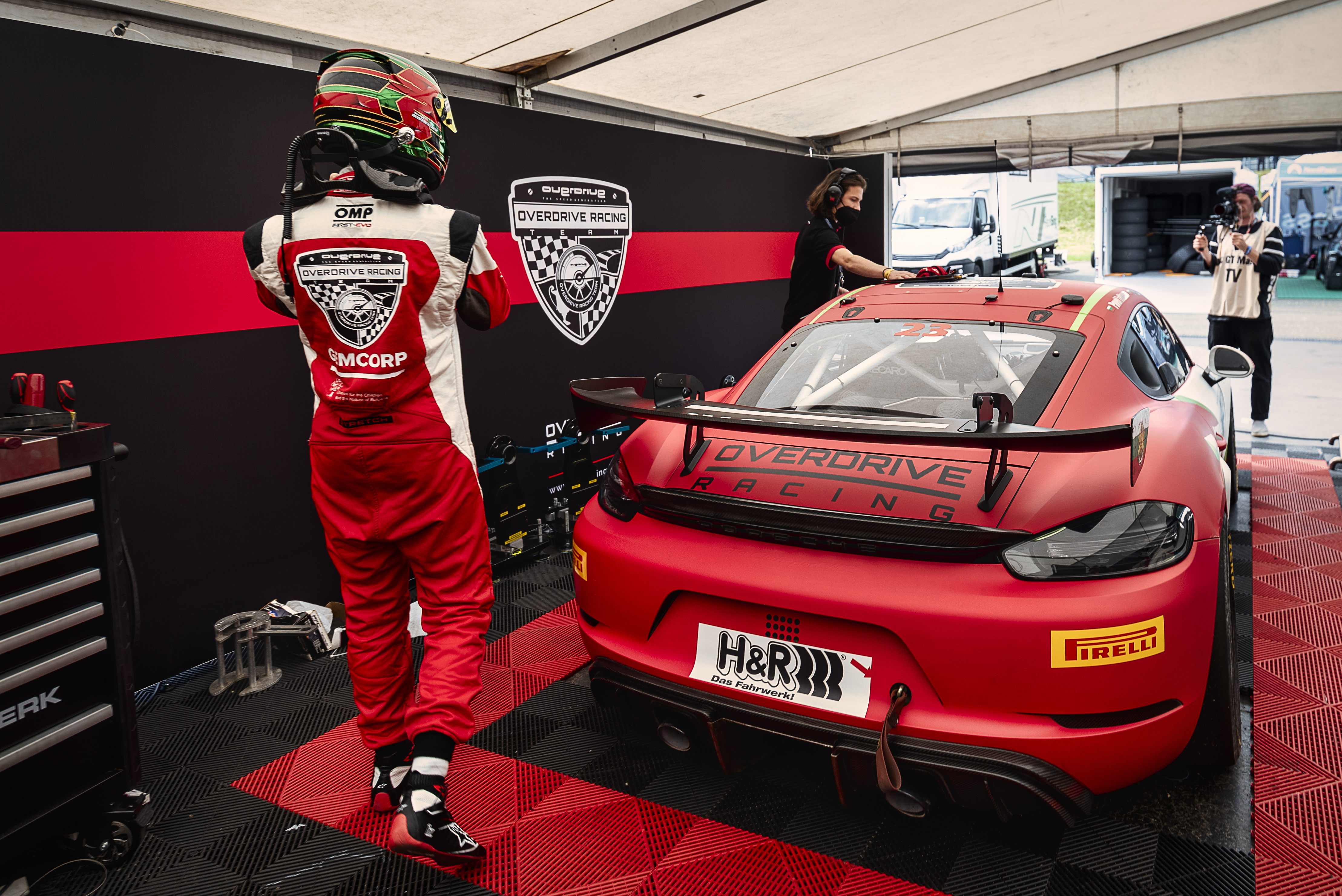 What would you say are the most important qualities of an aspiring racing driver?

Many people think that being a racing driver is an easy and fun job: driving fast cars all the time. That is just a third of the picture. You need to work very hard in all aspects, especially if you’re combining such a sport with studies. You need to be incredibly motivated:

I believe that once you set your eyes on something, you can make everything happen one way or another.

During the race weekends, drivers need to be focused only on driving and giving feedback to their engineers and team. Most importantly, you need to have fun and be yourself.

Do you think you are born with the potential to become a race driver, or you can intentionally grow into it?

I believe that nobody can be fully born a race driver. What I think you may have at birth though is the will power to become one.

Most of the best drivers in the world are only as good as the amount of time and passion they invest in tests and practice.

They started karting at a very young age and so can use their experience to compete at the highest level. Of course, talent also plays a part, but it is squashed by what hard work and effort can bring to the table. 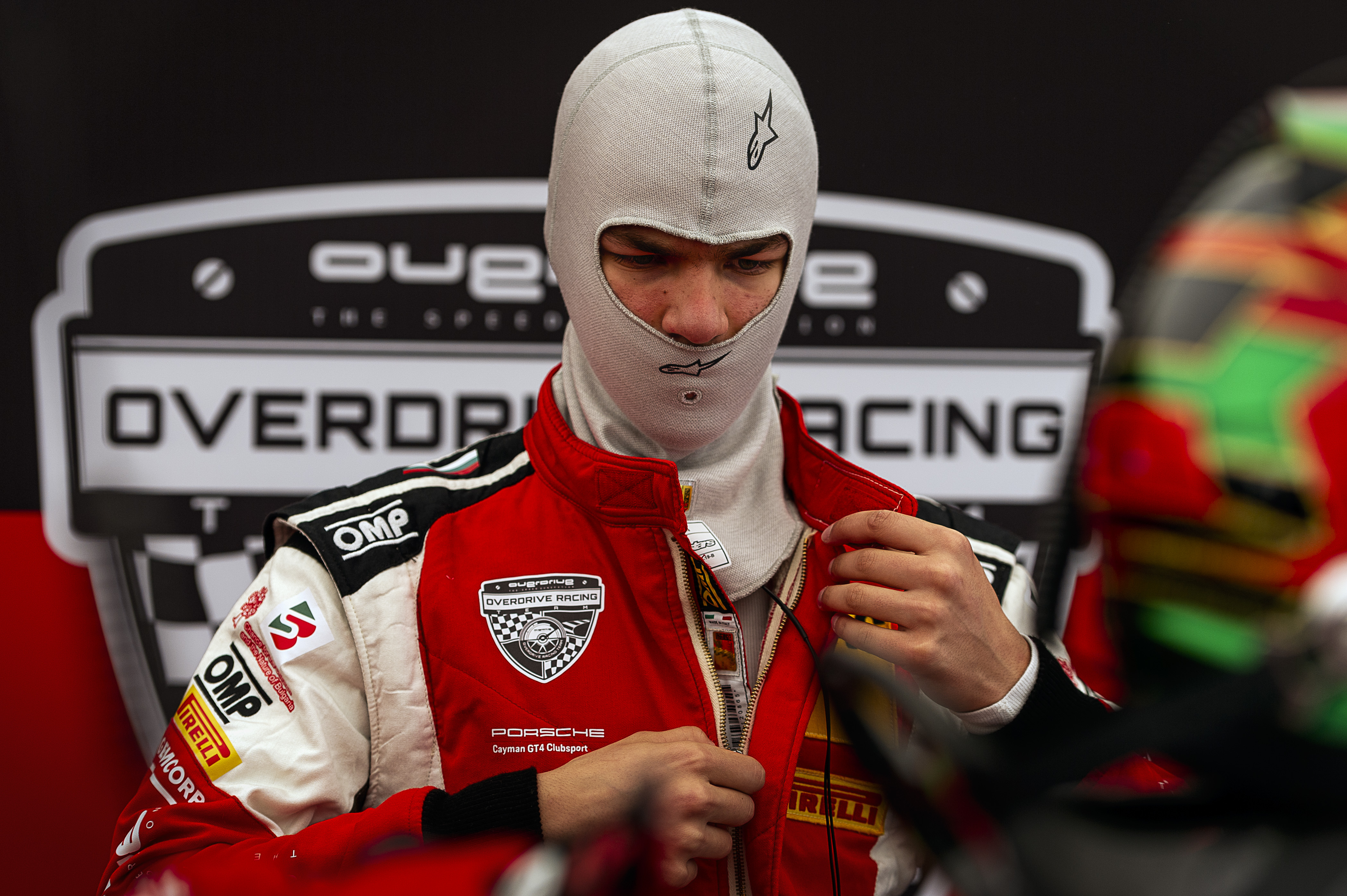 What do you tell yourself when the going gets tough? How do you centre yourself?

In life, nothing comes easy. Motorsport can bite you very hard sometimes. It is fair to say that the best drivers are the ones that can get through the toughest of times unscathed and come back even stronger.

After a crash or a mistake, you need to forget the negatives and just learn from the experience.

A positive and clear mind is always the best during such times.

The times when I forget everything around me and just focus on the thing I love doing. It is the most rewarding and priceless feeling one can experience.

Having a team or simply a mentor to rely on, especially at the beginning, must be quite important. If you were to give advice to someone wanting to get into motorsports, what would it be?

People say contacts are everything in motorsport. To a certain extent that is true, especially at the start of your motorsport campaign. When entering motorsport, I would recommend joining a highly experienced team that can help you improve on and even off the track, as both aspects are vital for a successful driver.

The worst thing that can happen to a new driver is being surrounded by the wrong people.

Therefore, a good team with the same will to win is the best thing you could ask for. 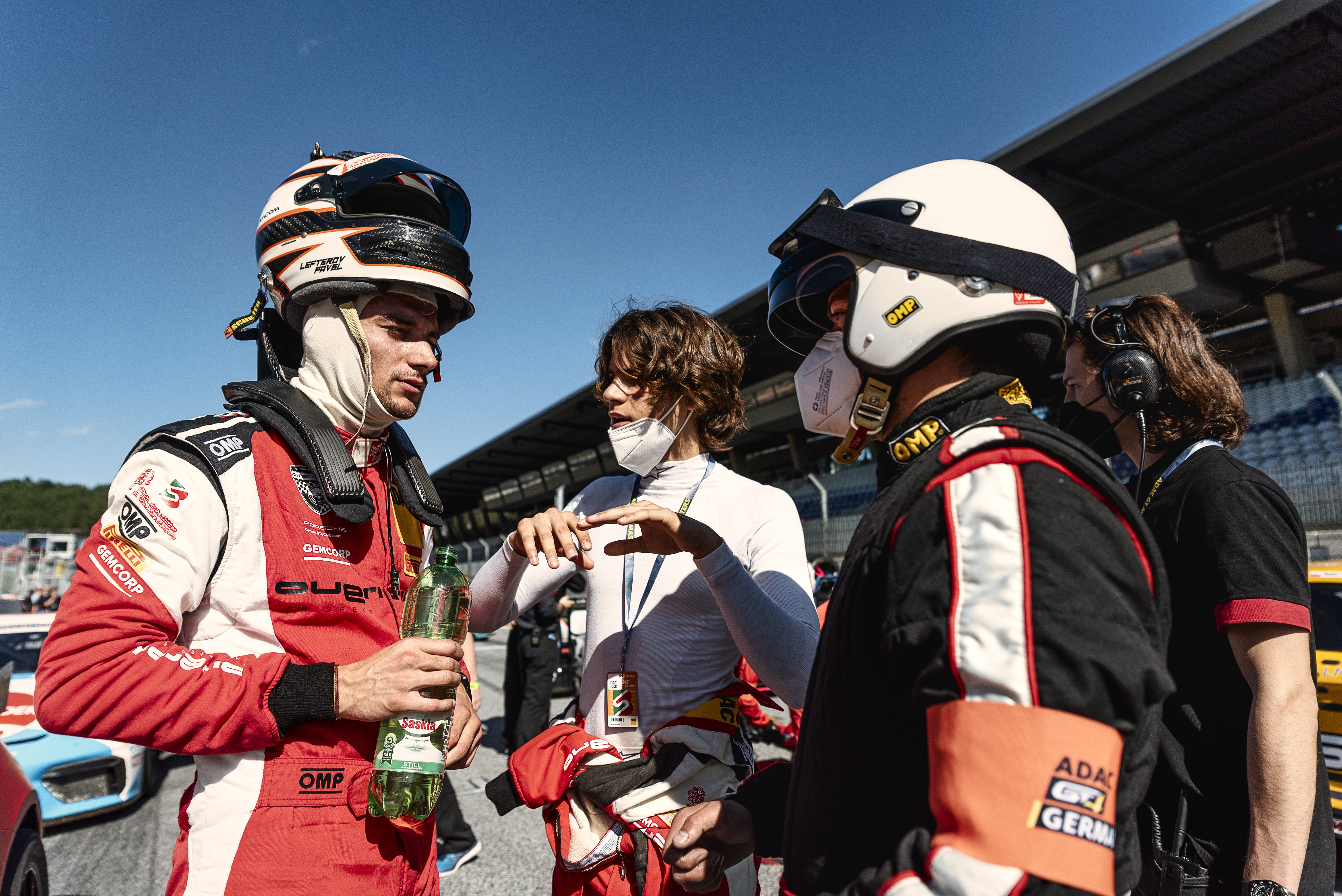 Speaking of mentors, who were the people you looked up to at the beginning of your career. Have they changed with time?

In Formula 1, my idols have always been Michael Schumacher and Sebastian Vettel. In GT racing, I look up to people such as Kevin Estre, Michael Christensen and my teammate Pavel Lefterov.

Motorsport fans are some of the most loyal ones out there. What do you think makes them so devoted to the sport and to the drivers?

You could say that the fans and the drivers are very similar when it comes to their devotion and drive for motorsport. Both drivers and fans have this incredible love for fast, loud cars, racing at phenomenal speed, at the most famous venues in the world. Motorsport goes back almost 100 years, and the history of the sport also contributes to the never-ending love of racing. 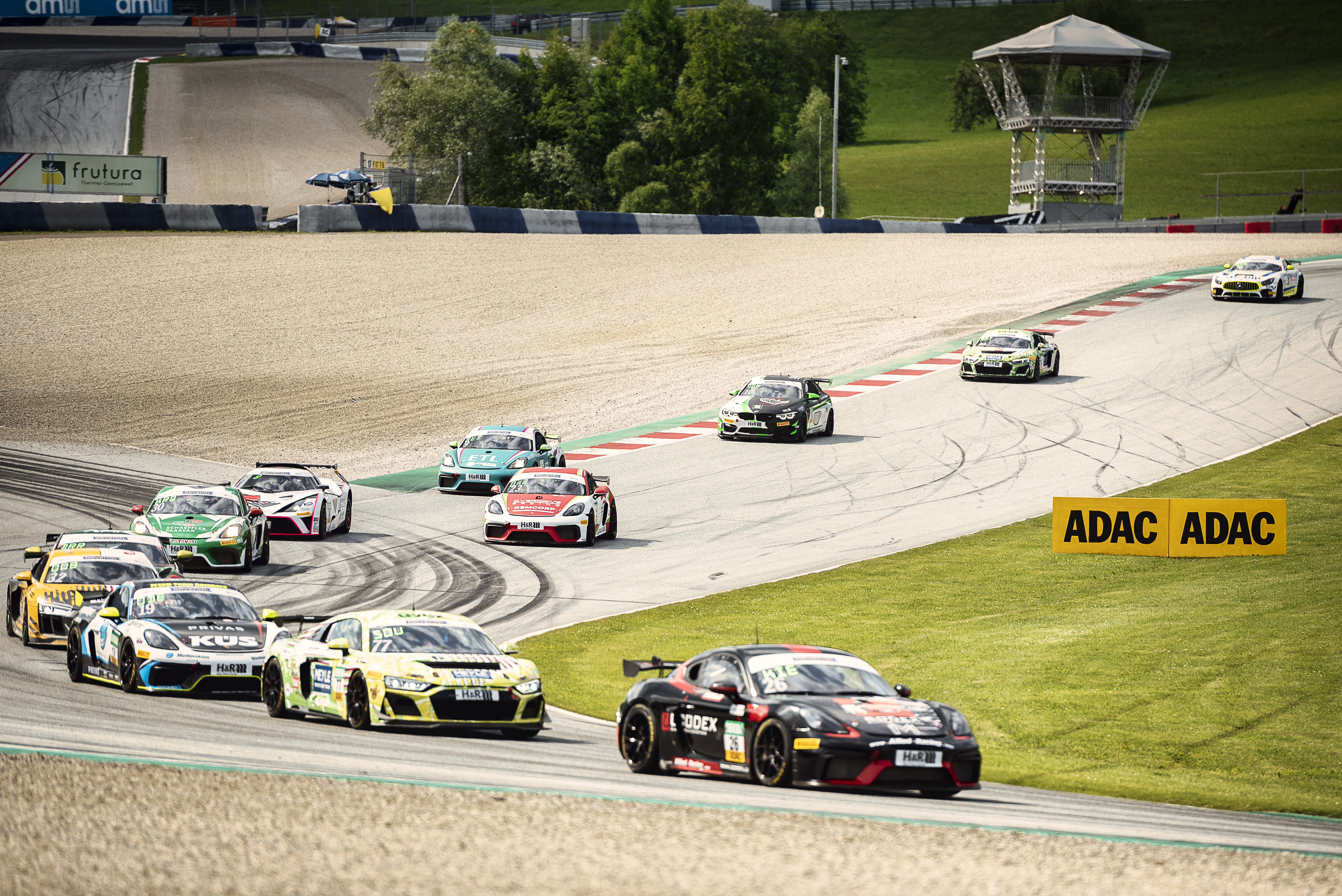 If it wasn’t race driving, what would it be? Is there anything else you would like to tap into in the future?

For me, the most important thing is doing something I truly appreciate and love. If it wasn’t car racing, I would love to do something related to another extreme sport. I’m not going to lie, the finance and business world interests me quite a lot. I am also a fan of techno and electronic music in general, and if the time and opportunity come, I would love to try my hand in the music industry as a DJ. Who knows, I might even take the path of Giancarlo Fisichella, ex F1 racing driver who is now a famous DJ.

Do you have any short-term plans for your career? Or even long-term ones?

For now, it is important to focus on the 2021 racing season in ADAC GT4 and to maximize my performance in every way. Our goal is to finish in the top 3 of the junior championship and to end up on the podium at least once this season. Ideally, a jump to GT3 in a few years would be the goal. The dream is to become either a factory or customer driver competing in the races such as 24h of Le Mans, 24h of Nürburging and 24h of Spa, and to claim the most prestigious prize, racing for Porsche. Let’s see what the future holds. I hope that with the amazing support I get from everyone I would be able to achieve this one day.

An Ode to Football