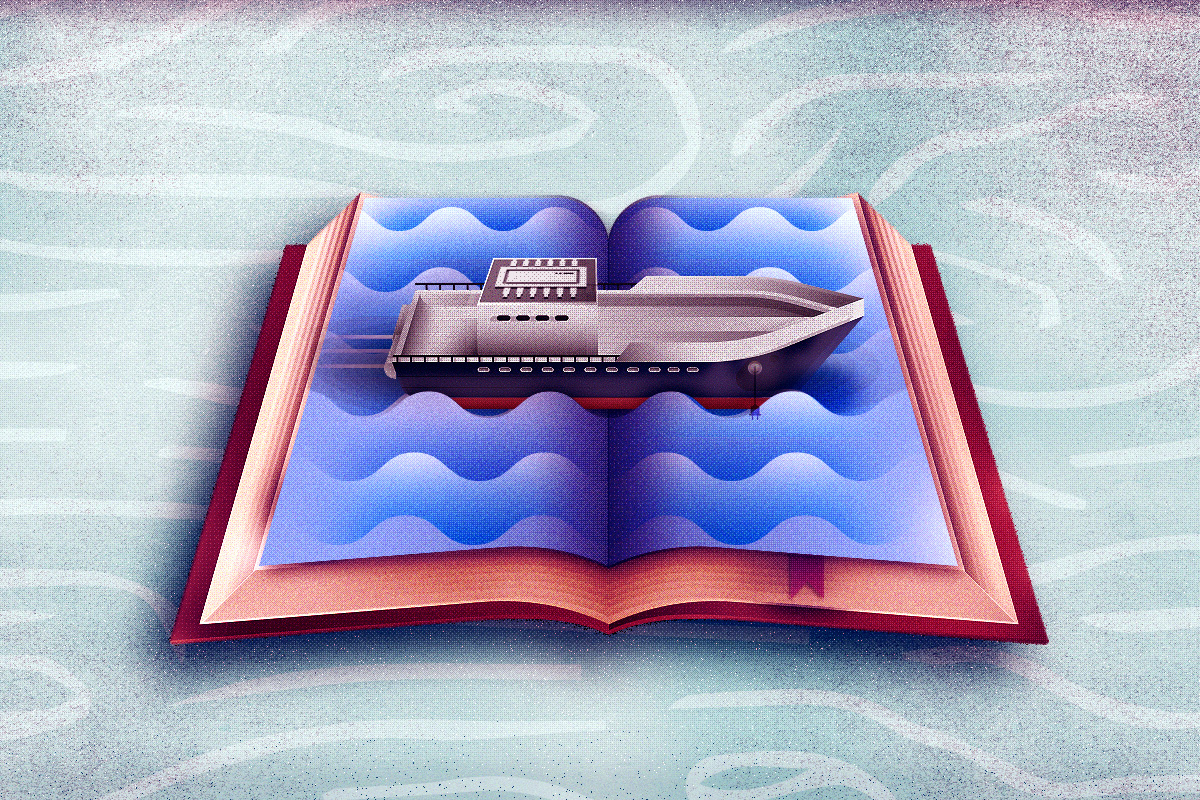 To some people working with your hands, and not in front of a screen, is not a luxury, but the only choice that comes naturally. Royce Slawow is a Marine Electrician from the scenic town of Victoria, Canada. He prefers to gather information from real people and not from the internet, and believes we should just slow down sometimes: scroll down for more on how he perceives modern life.

How did you become an electrician? Were you a child interested in gadgets?

Yes, I took things apart just to see what’s inside as a child, to see how things worked, and then to put it all back together. If you couldn’t put it back together, it was like the ultimate shame. But if you did and it worked, it would give you a big sense of accomplishment. I wasn’t allowed to play with tools or anything from my dad’s shop, so as soon as nobody was looking at me, it was time to play. He had a motorcycle dealership and repair shop in Victoria, and I spent a lot of time there as a kid, always curious about how things worked, always wanting to touch and play with them. That drove me more to learning my own trade and skills so I could do whatever I wanted. I started working at the shipyard as a general laborer, initially with fabricators and welders, and then pipe fitters, shipwrights, and painters. Eventually I started working with the electricians. After a month of working with them they said “Why don’t you join us?” and I found it kind of scary. I didn’t want to electrocute myself, but I figured it was worth taking the risk because it seemed like a good job and it was interesting, there was lots to learn. So, that’s how I got into it — and I’ve been there for ten years now. 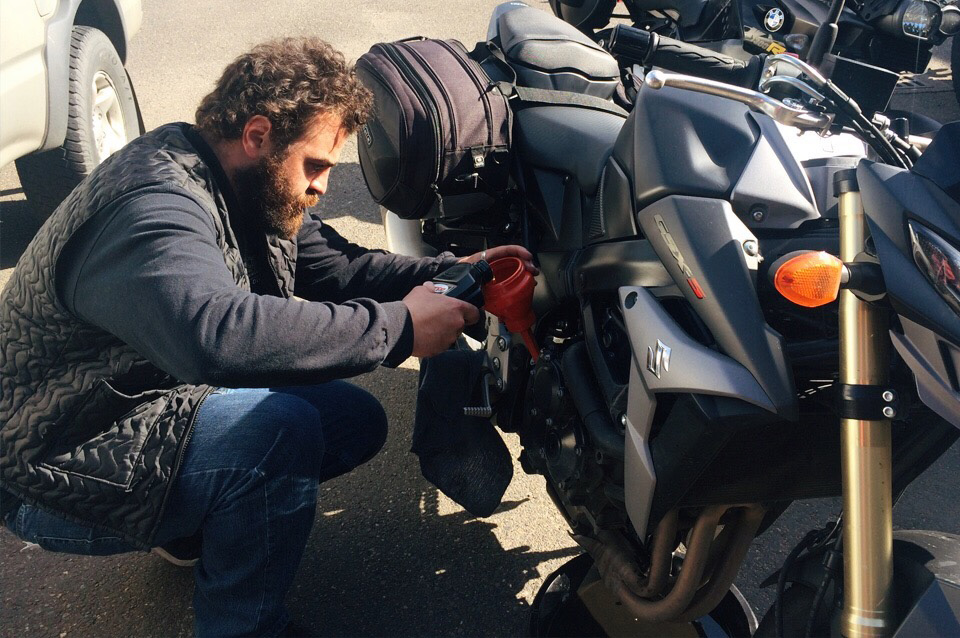 What is the difference between an electrician and a ship engineer?

Еngineers work on all ship systems: fixing the plumbing, the engines, power generation, the refrigeration, air-conditioning, basically all the mechanical work to keep the ship operating properly. Electricians work on the electrical components of all systems.

Do you ever get to travel with the ships, and do you need special training for it?

I just stay on the shore. I could travel, but I need some more training because marine engineers have more duties. And you also need to go through training related to emergency situations.

Tell us more about the place you come from: Victoria.

It’s mainly a tourist town, and it’s more expensive as It’s a place where people want to retire. Victoria has one of the warmest year round climates in Canada: we get something like 5cm of snow per year — if it snows at all. When I was 19 I tried to move to a bigger city, Edmonton, the center of the oil industry in Canada with lots of jobs and more money, but it was so ugly — nobody seemed happy there and it is really cold most of the year, not a place I wanted to live. So after 6 months I returned to Victoria, and that is when I started working in the shipyard.

In an age when we spend our days in front of screens, what does working with your hands bring you?

I like working with my hands or with tools because

With new technology, you have to work with the system, and you can’t change what it is. But if I am building something I can make it whatever I want it to be, I can make it work. However, I want it to work. Behind a screen I have to do what it wants me to do, and I don’t like that.

It seems like the more the world becomes innovative and technological, the more we aim for the “old.” What do you think about that?

I think people like vintage clothes or furniture, because when everything you buy comes from a shelf and from a factory, you don’t know how it was made (probably by a machine or, by a robot). With older things, you can tell somebody made it by hand, and that they took the time to make something, and it’s more personal, you feel more of a connection. Technology makes life a lot easier but

sometimes it is nice to just slow down.

Most people use the internet for gathering information. How about you?

If I am interested in something, I generally try to find someone who knows about it or is experienced in the subject. I find that’s how you learn more, and more useful information. Of course, if I need to know something right now, something for work, for example, and there is nobody with the knowledge around to ask, I will look it up on the internet. But you have to filter through so much to get to the information you actually need, and then, how do you assess its credibility?

You choose to stay away from social media. Why is that?

As I can see from other people using Facebook, for example, it is a huge waste of time. You’re sucked into looking at what other people are doing; it’s a constant. I also prefer using a phone, because it is a lot harder to lie when you’re talking person to person. You can take a week to write a text message and make it sound perfect and the way you want, but there is no eye contact, no tone of voice. There is a lot to be hidden. But when you speak directly it is a lot more genuine. 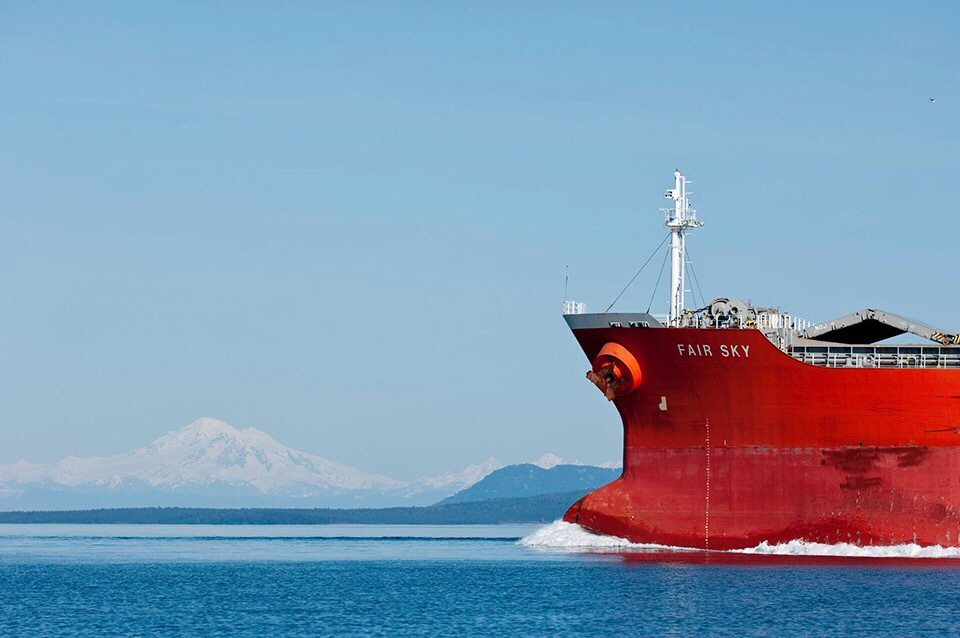 Canada has the image of a somewhat neutral country, friendly to immigrants. With the presidential elections coming, lots of Americans claim they would move there if Trump gets elected. What do you think about that?*

Me and my friends recently went on a motorcycle trip down the West coast to the Mexican border. We stopped in about 5 different towns and we talked to the people. Lots of people are really worried about the future of their country. With Trump, you just can’t pretend it is not happening, he is so loud and out there… But it is not that easy to just go to Canada; it is kind of hard to immigrate, but I can sympathize with them. If he gets in, it would cause a lot of upset.

Unfortunately, a lot of people agree with Trump because they are uninformed and it so easy to just point your finger at someone.

When you see the same thing in the media over and over again, and you don’t have the time to actually sit and think about it, it becomes the truth to you. It seems to me that people just jump on board really quickly nowadays.

*the interview was conducted before the presidential elections on November 8

What are some of your other interests?

Motorcycles and the outdoors. I started riding a motorcycle when I was three or four, and I have been doing it since. I am more into it for the experience, just riding, not the whole image thing. Off-grid cabins and homes have caught my interest over the past few years as well, a lot of thought and planning to create an effective and reliable system.