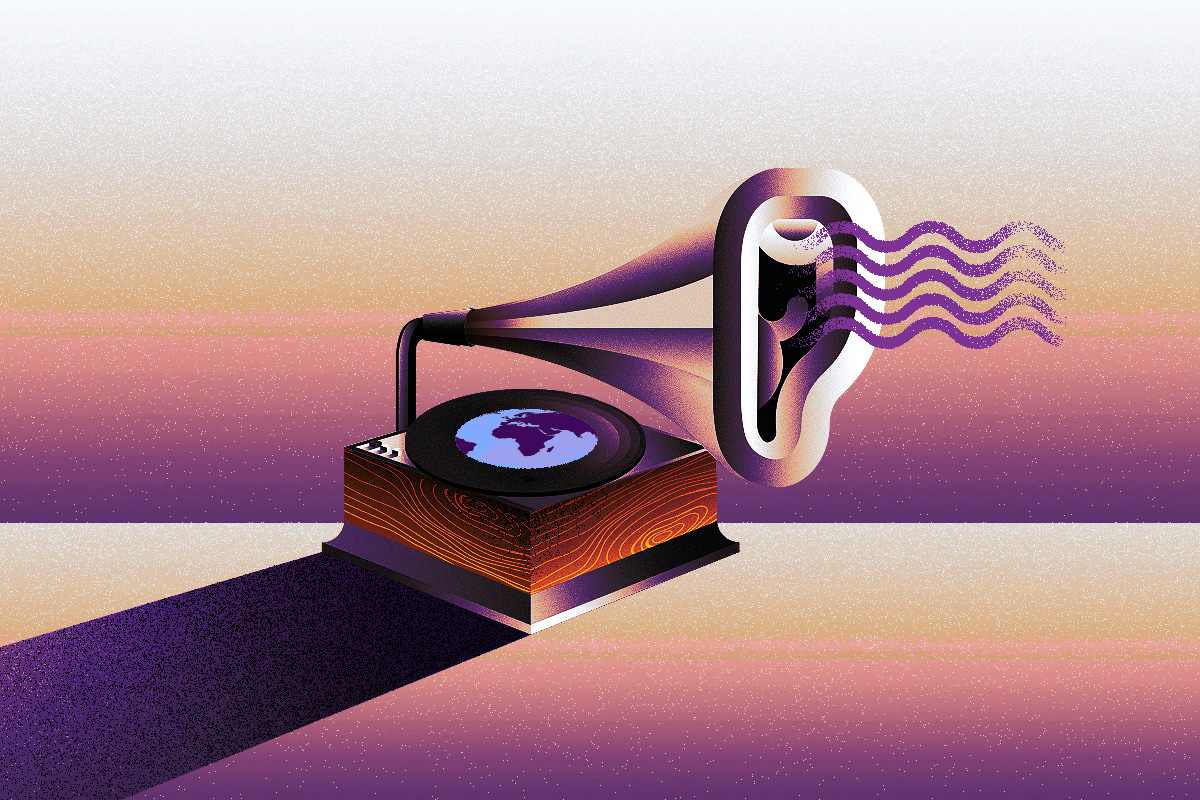 Unfortunately, traveling through space and time is still a subject of sci-fi movies and not an actual escapism tool. However, the wonderful French project Radiooooo.com is a more than satisfying step in that direction. Aimed at the curious music lover, it allows us to explore music from different decades all over the world.

More from its founder and president Benjamin Moreau and Anne-Claire Troubat, general director:

Tell us a little about yourselves:

Benjamin: I come from Marseille, the South of France.
I studied at the Fine Arts academy, became an artist, and had a career under the name Kolkoz (exhibiting at Emmanuel Perrotin’s Gallery).
I was also a DJ in a club called Le Baron for 10 years, and traveled around the world.

Anne-Claire: I was born in Tanzania and grew up in New-York City and some other places before setting up in Paris when I was 16. I studied law at La Sorbonne and in the UK and worked for a while at the French Ministry of Finance as an international business lawyer. 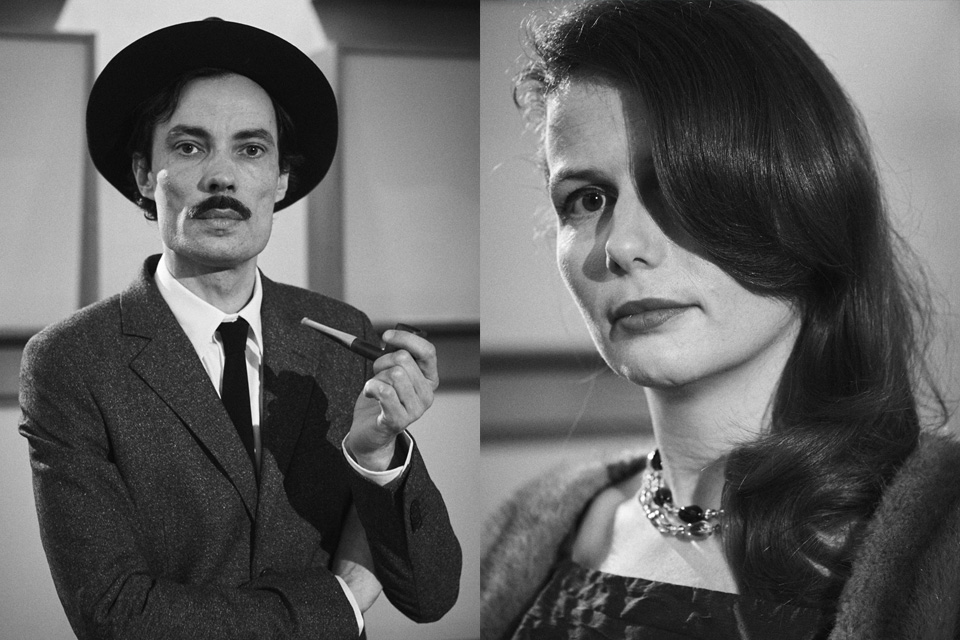 How did you come up with the idea of Radiooooo.com?

Benjamin: We had been digging music for 10 years with a bunch of friends, and we wanted to share this treasure with everybody as we don’t like these kinds of DJ that hide their records.

I am passionate about history and science fiction, so making a time machine was an ordinary goal for a guy like me.

I just woke up in the middle of the night with that idea and wrote it on a piece of paper. The next morning I called all my friends and decided to make it happen!
My gallerist E.Perrotin put some money on the table to start the project. I turned to my friend Raphael Hamburger, who became my partner, and met Anne-Claire who joined us to help build up the company and deal with all the technical and legal issues.
We rented a very small office in Raphael’s, and the team started from scratch to classify our musical database (Noemi Ferst, Alexandre Grynspan, Karl Guiffray,etc.). We have had fights, tears, drama and a lot of joy and laughter ever since we started.

Anne-Claire: When Benjamin first told me about his idea, I was very excited. Apart from all the technical challenges that it represented, I loved the idea of cracking the discovery process and encouraging curiosity, offering music lovers a totally new way of experiencing music.
I took a leap of faith and decided to join them. I was supposed to stay for six months. It’s been almost four years since I quit my job… This experience has changed me forever, and this team is my family now!

Radiooooo.com’s content is crowd-sourced in a way — how does it all work exactly?

Benjamin: We receive tons of music from around the world every day (around 1000 tracks a day).
We listen carefully to each of track and we try to keep only the ones that we consider to be real treasures. It is very hard, and we argue a LOT during that part. We keep less than 10% of what we receive.
Sometimes being so strict with the selection is disappointing for our very kind contributors, as it is also a totally subjective selection. But we make a point to never use any algorithms and to keep the project human for human beings.

Anne-Claire: I cannot really comment on this part since I’m absolutely not allowed to post any music on Radiooooo.com! I hence fully understand our users’ frustration when their proposals are rejected.
However, I must say I fully trust our musical team. It is really impressive to watch them do the musical selection. They know the database by heart, so when they listen to a track, it takes them two seconds to tell whether it fits the editorial line or not. It is not a question of knowing whether a track is “good” or “bad”. It is more about the feeling it generates and the general harmony of every playlist. It is really fascinating! 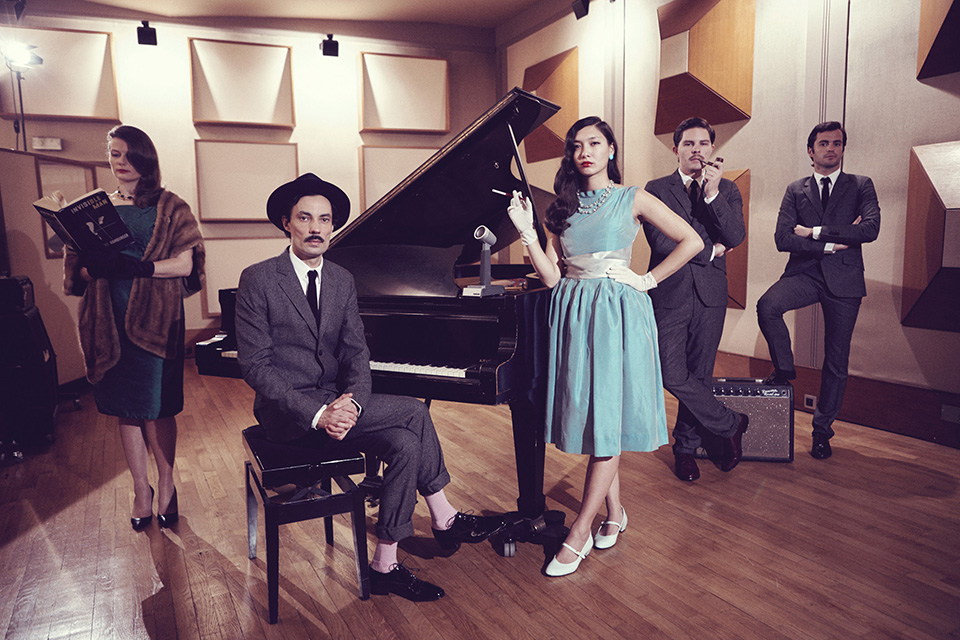 Does the radio really cover all the countries in the world? Which one is the most/the least “represented”?

Benjamin: No, the world is not totally covered. Especially very old decades like 1900-1910 because there was a lot less music recorded in different places. I think the most represented are the USA of the 60’s-70’s, and for sure France because we are French (nobody’s perfect), certainly less present are North Korea and Afghanistan of the 80’s by example. But, it grows every day!

Anne-Claire: It does indeed grow every day. But it is really important to understand that Radiooooo is not about exhaustivity or quantity. Our only focus is to display playlists of great quality. Thus, we pay attention to the beauty of the track cover, the quality of the recording as well as the beauty of the song. That explains why there are still a lot of blanks to fill.

Statistically speaking, which country/decade is frequented the most by your listeners?

Radiooooo’s users are curious people, they like to be surprised, and they explore the world as we expected.

We are very happy about that. People are bored to listen to the commercial nightmare big companies want to plug in our brain.

The goal of Radiooooo is to make you love the Indonesian 70’s Disco records even if you’ve never heard them before.

Anne-Claire: Benjamin’s right. It is really interesting to watch the way our users play with the platform. They really do travel around space and time and use the taxi mode to create random playlists as well. Our special islands also get their piece of success.

And as far your personal taste goes: which musical decades do you tend to listen to the most?

Benjamin: Personally, I love the 20’s-30’s almost everywhere because there was good mood music. I love Russian or Brazilian 30’s, soon Hawaii will emerge on our map, and it is just heaven!

Anne-Claire: My ear is obviously way less trained than Benjamin’s but what I love with Radiooooo is that it opened my horizons. I hence fell completely in love with the India 1940’s playlist. But more generally speaking, I love the US in the 70’s. It’s just great. 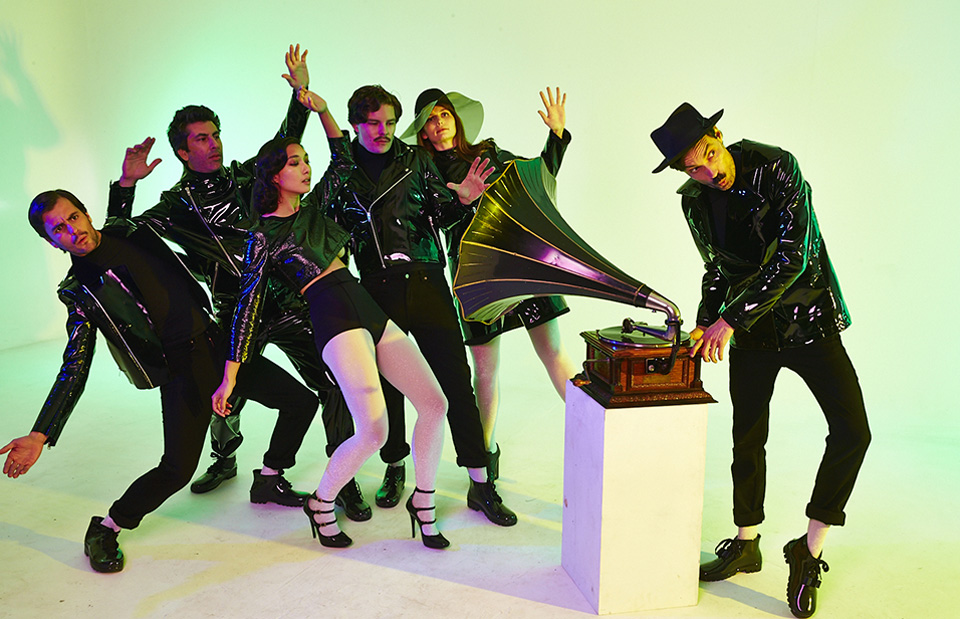 It is great how your radio features its contributors, in that way serving as sort of social media as well. Do you plan to work more in that direction?

Benjamin: Everybody’s kind of an explorer today thanks to the ocean of information in the internet. It was obvious to us that the contributor should be key to the project. They are like museum curators. Of course, the next evolution of Radiooooo will be more social media orientated.

Anne-Claire: Music is a universal medium, and people love sharing their musical treasures. It was very important to the team to place contributors at the center of Radiooooo’s experience. It’s always this idea of putting the human back at the center of the internet. Every track uploaded on Radiooooo.com has a story. Some are being digitized specially for us. We want Radiooooo.com to be a place where everyone matters and can share something about their country, their culture.

Radio, as media, seems to be having a big comeback for some years now. How is it going to evolve in your opinion, what’s ahead for it?

Anne-Claire: Radio has always been people’s favorite medium. It has been part of people’s daily habits for a very long time now.
But radio is also about curation. You have editors working on selecting the best content according to the radio station editorial line. And, we believe this is the reason why this medium has had a big comeback for a while. People are looking for curated content. They choose a radio station depending on their tastes and their expectations. This is more accurate, as

there is so much information now on the internet, that people might end-up finding nothing.

Benjamin and Anne-Claire: Growing, growing, growing!
And sharing some good mood around the world using its own hidden treasures.
A lot of projects are coming with Radiooooo.com! A media part could rise with broadcasted shows, and a real magazine. We would also like to develop a world tour to explore the real places, promote artists and mix cultures from the past and the future! Stay tuned and spread the news! 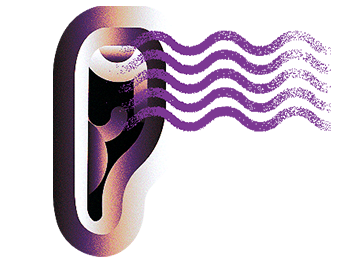