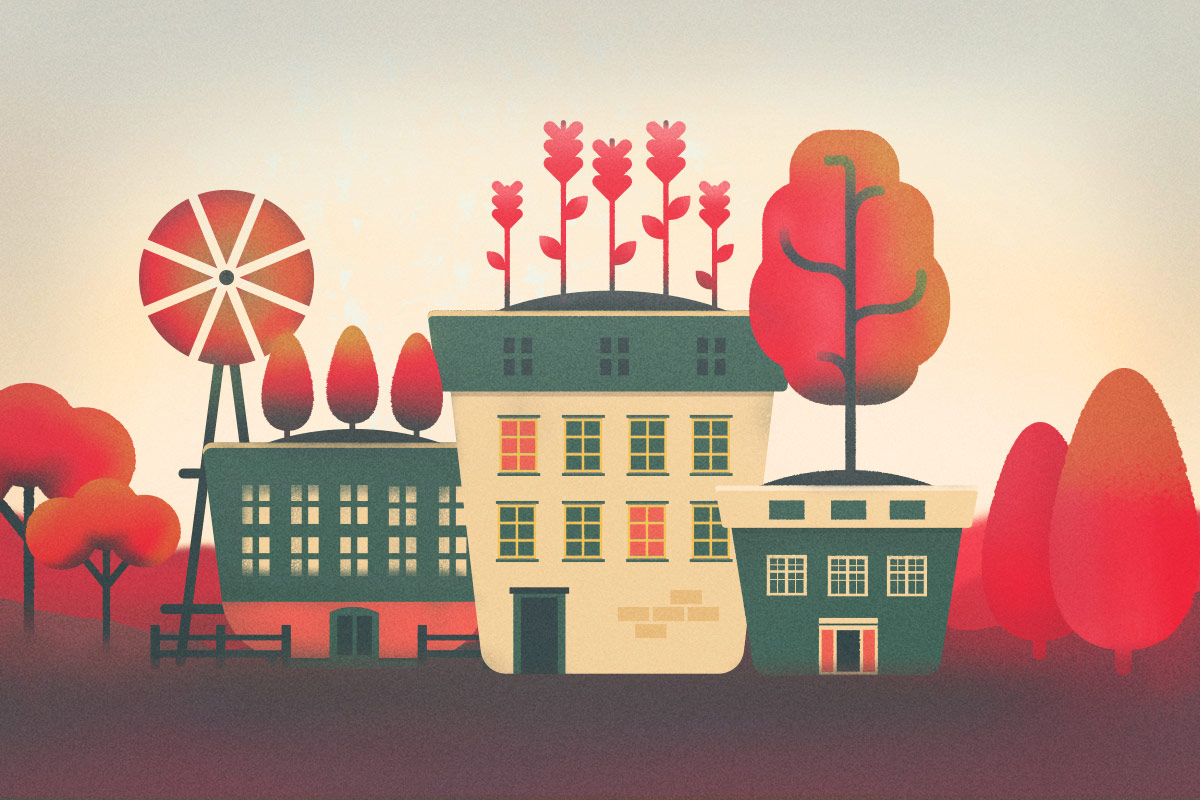 Leonor Babo, Pedro Monteiro and José Ruivo are part of Noocity: а company developing equipment that enables people to produce food in urban environment. We talk about growing vegetables on rooftops and, generally, making the world a better place.

Can you tell us more about Noocity and what it is that you do exactly?

Noocity Urban Ecology is a Luso-Brazilian startup, based in Oporto, Portugal, focused on developing equipment for urban agriculture.

We’re driven by the belief that nature must have its place in the urban environment, and that the current landscape of big cities can, and in many ways must, change. Noocity wants to offer urban citizens the alternative of sustainably growing their own systems, in a way that is similar to the natural cyclic processes, through efficient and affordable equipment allowing people to grow food in a simple and ecological way.

Besides that, we also want to have a key role in promoting awareness and education for a more conscious consumption, a closer relationship with nature, and a demystified vision of agriculture. 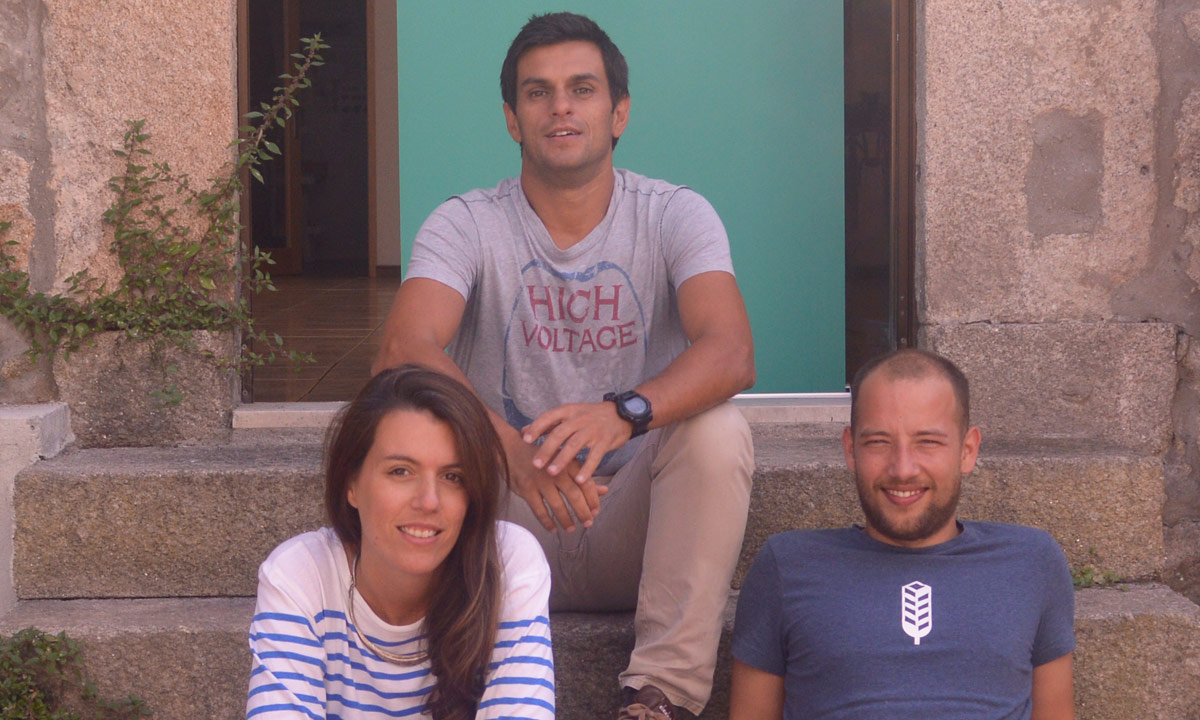 How did you come up with the idea — do any of you have an agricultural background or similar?

Here is the story: in 2009, Pedro Monteiro (Brazil), Samuel Rodrigues (Portugal) and José Ruivo (Portugal) met in Rio de Janeiro during a permaculture course, an area of interest for the three of them.

Once in Portugal, during the spring of 2013, the three friends decided to plant a vegetable patch on the terrace of the building where they were working located in the city centre, but they couldn’t find the right products for urban agriculture. So, they gathered their efforts and experience in architecture and permaculture and decided to build their own equipment. The prototypes evolved, and the three friends realised they could transform them into products. That’s when Noocity Growbed was born.

In the context of Europe’s unfavourable economic environment and unemployment, Pedro and José decided they wanted to dedicate 100% of their time to this project, so they founded Noocity Urban Ecology. Later that year, Leonor Babo (Communication Designer from Portugal) joined the team in Portugal and Rafael Loschiavo, together with Laís Andrade, started Noocity Brasil in São Paulo.

Are you practicing urban gardening yourselves?

Yes! Besides our showroom, where we have old and new prototypes, and we cultivate strawberries, zucchini, tomatoes, eggplants, etc., each one of us has Noocity equipment at home, tailored to the space available. I (Leonor — ed.) just moved to an apartment in the city center, and I already have my Noocity Growpocket on the balcony with thyme, rosemary and lavender. 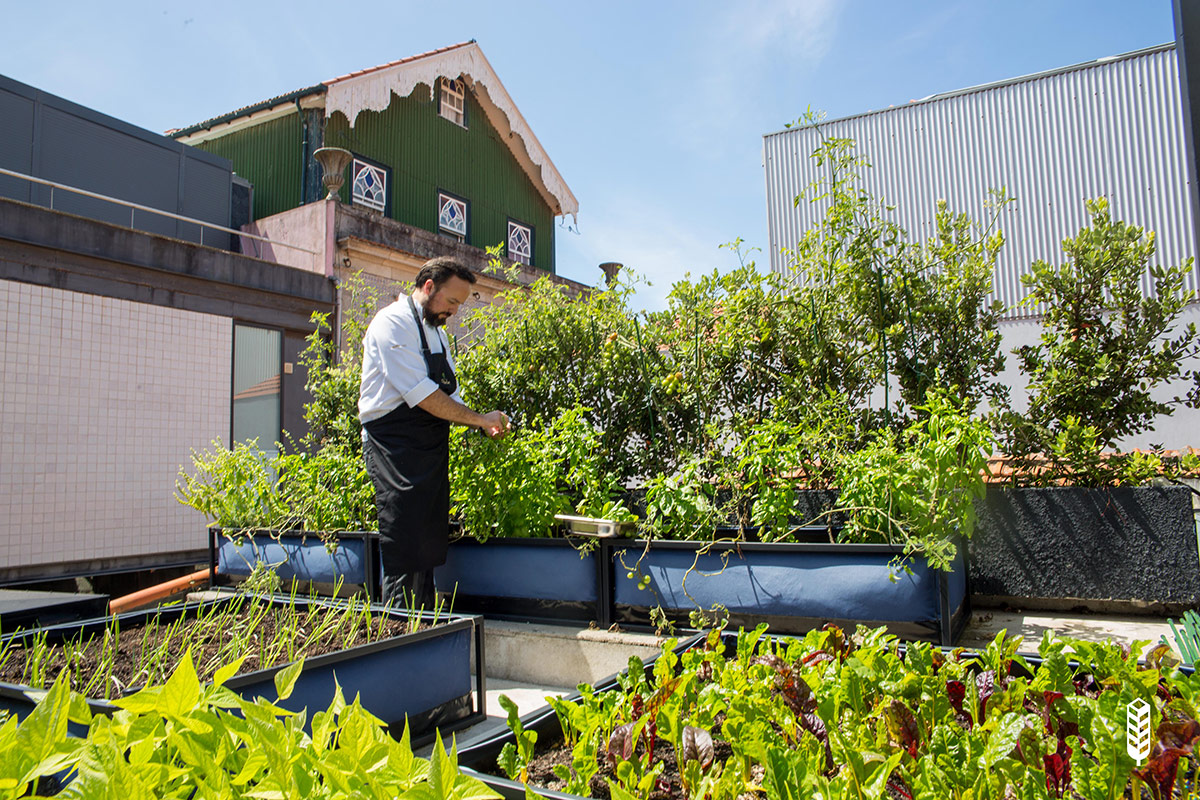 Gardening in the city surely makes the environment greener, but doesn’t the urban surrounding affect the produce’s quality in a way?

Well, the biggest challenge in urban areas is soil contamination. As it is pretty common to find high levels of heavy metals and other harmful substances, gardening containers can be the solution for avoiding contact between chemicals in contaminated soils and the produce. In this sense, the Noocity Growbed is the best solution in the market for covering large areas with vegetable gardens in an easy, immediate and affordable way.
Besides that, overheating and CO2 pollution that are present in most of our cities generate a beneficial microclimate for growing plants.
And, most of all,

there’s only one way to stop the negative effects of our urban surroundings: by changing them.

Do you try to consume only fresh and organic food and what are your favorite meals/cuisine?

Fortunately, it has become easier to find different options and buy fresh and organic food in our city, from little bio shops to street markets where you can buy directly from the producers. There are also some interesting local and artisanal products like bread, beer, coffee and organic oils, for example.

José is always drinking his ginger and lemon tea, Pedro loves the simple trilogy of tomato, basil and mozzarella, and me, Leonor — I’m in love with celery and I really enjoy making homemade veggie burgers and falafel.

What are the necessary basics any gardening beginner should master?

One of the main reasons for a beginner’s frustration is the unpredictability of the frequency and amount of watering. Many people give up early and convince themselves that growing plants is not for them. With the Noocity Growbed, there’s no concern in this regard due to its sub-irrigation system that incorporates a water reservoir.

the beginner should be a good observer: gardening is a play activity, in which you learn a lot through the plant’s signals.

And since we’re talking about nature, it is an activity that varies according to the climate and the plants that can be grown, etc.

And we must remember, although we try to give urban citizens all the facilities to solve problems such as lack of space, time, or knowledge, the truth is that nature needs our love.

Geographically speaking, how does the attitude towards urban gardening vary from country to country? Which one is the “champion”?

We also observed that attitudes are closely connected with government initiatives or political measures, but we can’t be sure what came first. Countries like the USA or Canada, for example, already have a number interesting laws and incentives, and we can see the results of it. 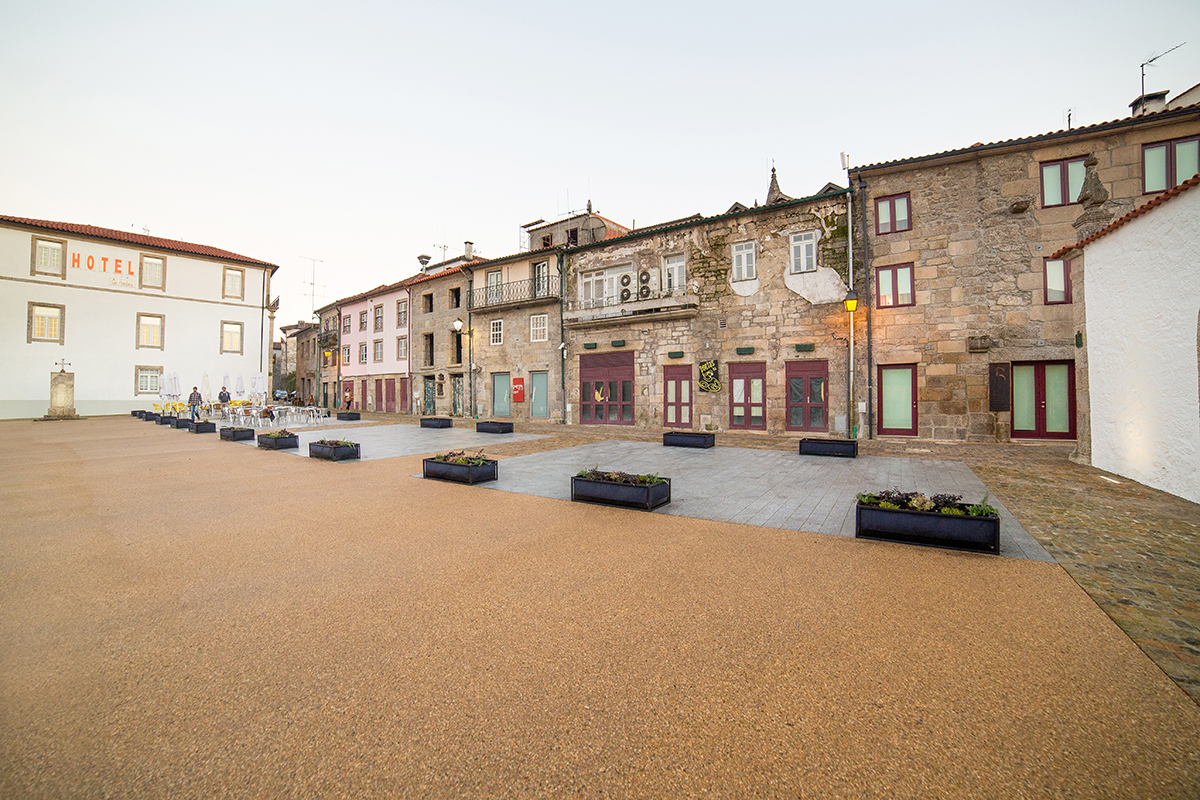 Noocity not only supports a more sustainable and healthy lifestyle, but it probably builds communities as well. Is that so?

Well, we certainly want to create a community of people identified with our vision of the world and with our will for change. But, more than building communities, we want to transform them, meaning we want them to create, change and interact for themselves. We live all together in the same city, so wouldn’t it be much nicer if this city becomes a place of fraternity, mutual help, exchange and sharing?

Speaking of communities, how do you see the world’s future?

But, each day, all over the world, we see some changes happening, new projects, new ideas, new processes. We think that

part of the population has already woken up and is out there asking for changes, but we need to wake everyone else.

Which one of your products is your bestseller?

There’s no doubt that our bestseller is the Noocity Growbed, mostly because it’s our first product and we’ve been focusing on it for a long time. 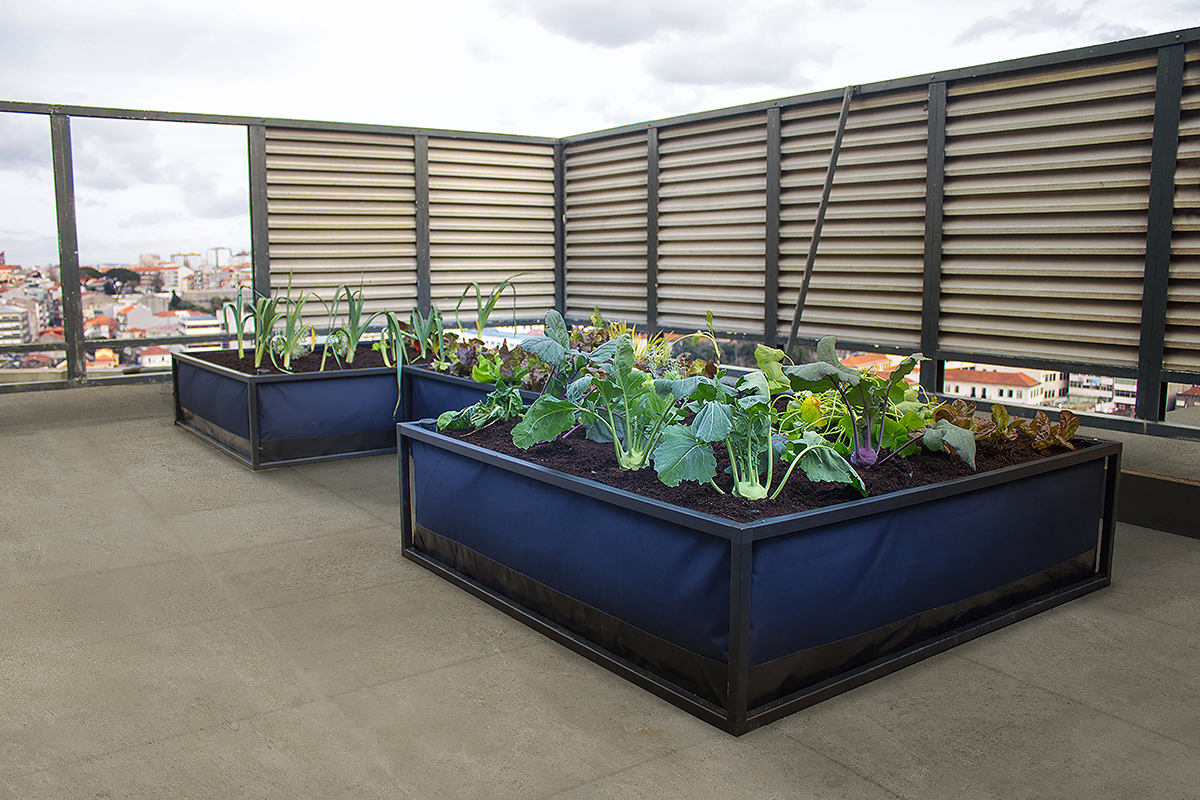 There’s a lot to come! We want to keep creating new products and services, always developing solutions that encourage the practice of healthier and more ecological habits and routines, and making the daily life of modern urban citizens easier and more enjoyable. We have some things on our mind (besides growing food or composting food scraps for fertilization) that would enable urban citizens to reuse rainwater or preserve their cultures and foods, for example.