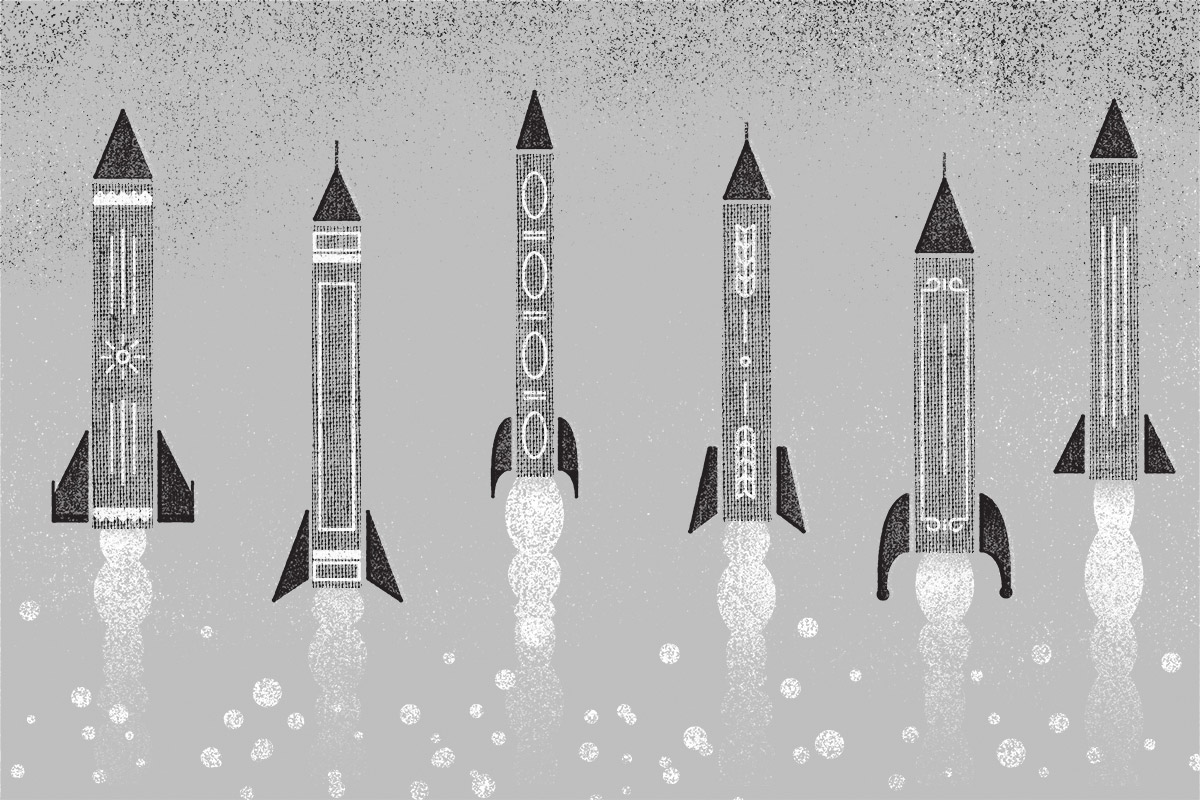 The Fantastic
Journey of Writing

Jason Heller is a journalist, writing for media such as Pitchfork, NPR, The A.V. club and more. He is also a published science fiction and fantasy novelist, who holds a Hugo Award as part of the Clarkesworld Magazine editorial team. His home is Denver, Colorado.

You are a writer and also a journalist — when did you decide that this is the career for you?

I came to the decision later than I should have. I spent all of my twenties obsessed with playing music, and I poured all my energy into various bands I belonged to. But around the time I turned thirty, I finally realized that my temperament was more suited to a quieter, more solitary creative pursuit. So I switched to writing, first as an arts-and-entertainment journalist for a local newspaper in Denver where I live, then as an author, journalist, and editor for national publications and publishers. I still love playing music—even loudly!—but writing is something I can see sustaining me for the rest of my life. 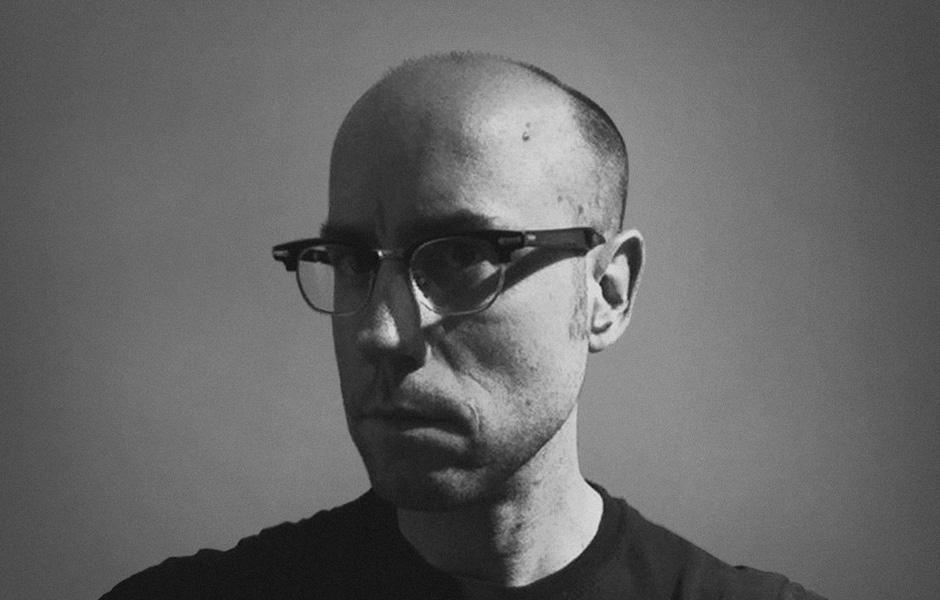 Can you tell us more about the moment you won a Hugo Award?

I won a Hugo in 2013 as part of the editorial team of the great science fiction/fantasy publication Clarkesworld Magazine, where I was lucky enough to be Nonfiction Editor at the time. The ceremony took place at that year’s World Science Fiction Convention, which was held in San Antonio, Texas, and the auditorium was huge. Everyone was dressed up. It seriously felt like I was at the Academy Awards or something. When Clarkesworld was announced as the winner in its category, the entire editorial team (myself, Neil Clarke, Sean Wallace, and Kate Baker) went up on stage to collect our award statues and make brief speeches. I was used to being onstage from my time playing music, so I wasn’t too nervous. But it definitely felt surreal to be standing up there, in front of so many of my literary heroes.

Who is your influence writing-wise? Which are the topics that take central role in your fiction?

When it comes to fiction, my influences range from J. G. Ballard to Ursula K. Le Guin to China Miéville to William S. Burroughs to Italo Calvino to Ray Bradbury to Alan Moore to Neil Gaiman to M. John Harrison, to name just a few. Topic-wise, my fiction sprawls all over the place, but I’m usually drawn to political themes, particularly those of socialism and class disparity, as well as surrealism, absurdism, satire, and the grotesque. But not all my writing is serious and/or dark; I’m just as apt to write something funny or playful, if the mood hits me.

You’ve played in several bands. How did this experience shape your taste and your work?

Playing in bands—mostly punk bands—definitely wound up teaching me things that I’d later apply toward writing.

The basic lessons being:

A) don’t sit around and wait for an opportunity to come along,

B) turn your hunger, anger, and negativity into something positive and

C) be wary of bullshit, in yourself and others.

Beyond that, music has popped up often in my fiction, either as a random textural element or a core theme. I still write music reviews on a regular basis, so I’m constantly engaged in that broader conversation, and that seems to always filter down into every facet of my writing. Not that I’m complaining.

What do you consider your biggest musical moment? Do you have any interesting stories?

Some of my bands in the ’90s got to open for some legendary bands of the time, including Rancid, At the Drive-In, Jimmy Eat World, Superchunk, Mineral, The Promise Ring, Built to Spill, and The Get Up Kids, just to name a few. But the most personally important show I ever played was opening for Jawbreaker in 1995 in an indoor skate park in Casper, Wyoming—basically, the middle of nowhere. Jawbreaker remain one of my favorite bands, and seeing them in such an intimate venue, just before they broke up, was a super emotional experience. And the guys in Jawbreaker were even gracious enough to refrain from telling us how much our band copied them! 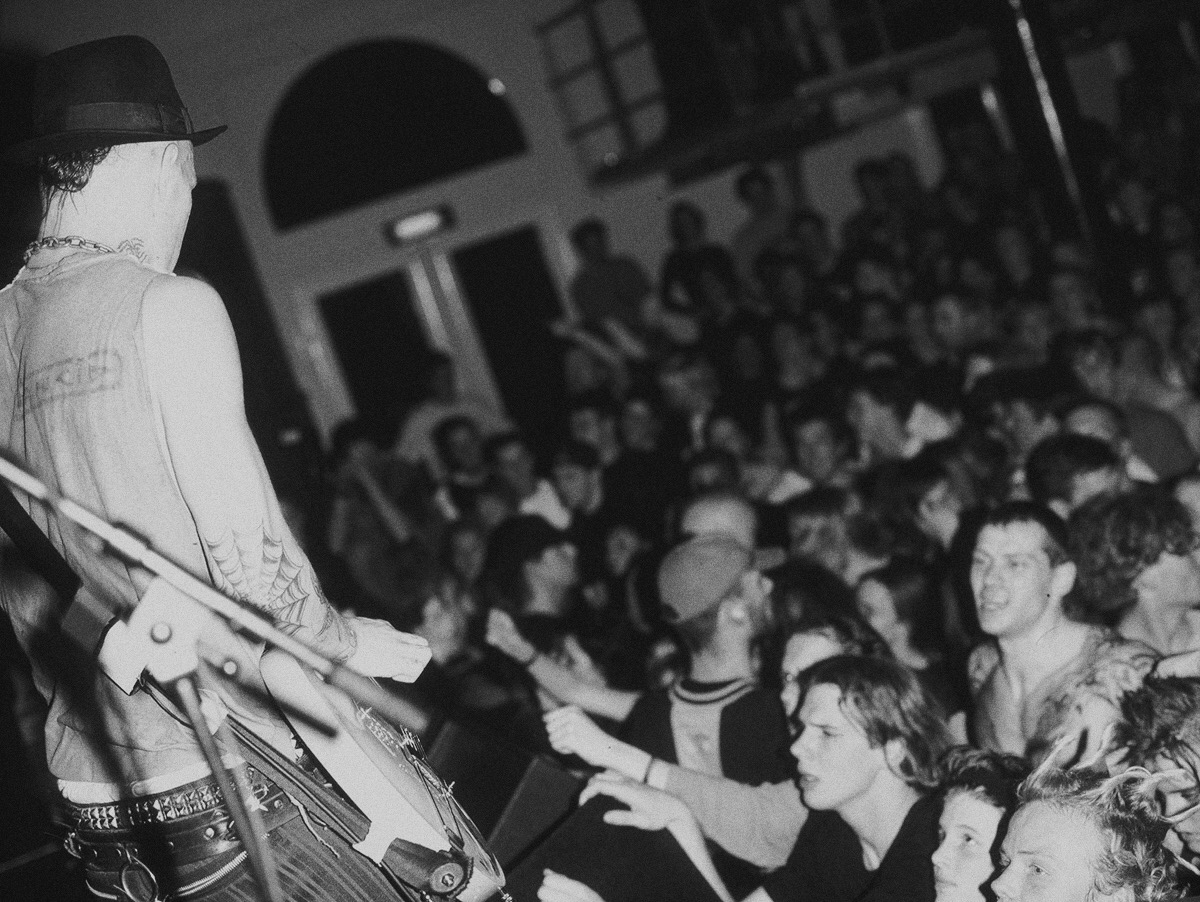 You are a regular contributor to influential media such as Pitchfork, NPR, The A.V. Club, etc. How big of a role does media play in shaping people’s taste/opinion and is this a good thing?

I’m not sure how vital the media is today when it comes to shaping take or opinion. I mostly review books and music, but there are so many places people can find information about those things online today, I think things have become decentralized. Sure, I write for some websites with higher profiles and traffic, but a review of mine isn’t going to make or break anyone; the best I can do is draw someone’s attention toward something. In general, I think people are much less likely to buy into a reviewer’s opinion about a piece of music or literature. Rather, they use reviews as something to agree with or react against, to whatever degree. That’s always been the case, but

with social media, it seems almost incumbent upon people to make up their own minds and express their own opinions, rather than rely on someone else’s conclusion. 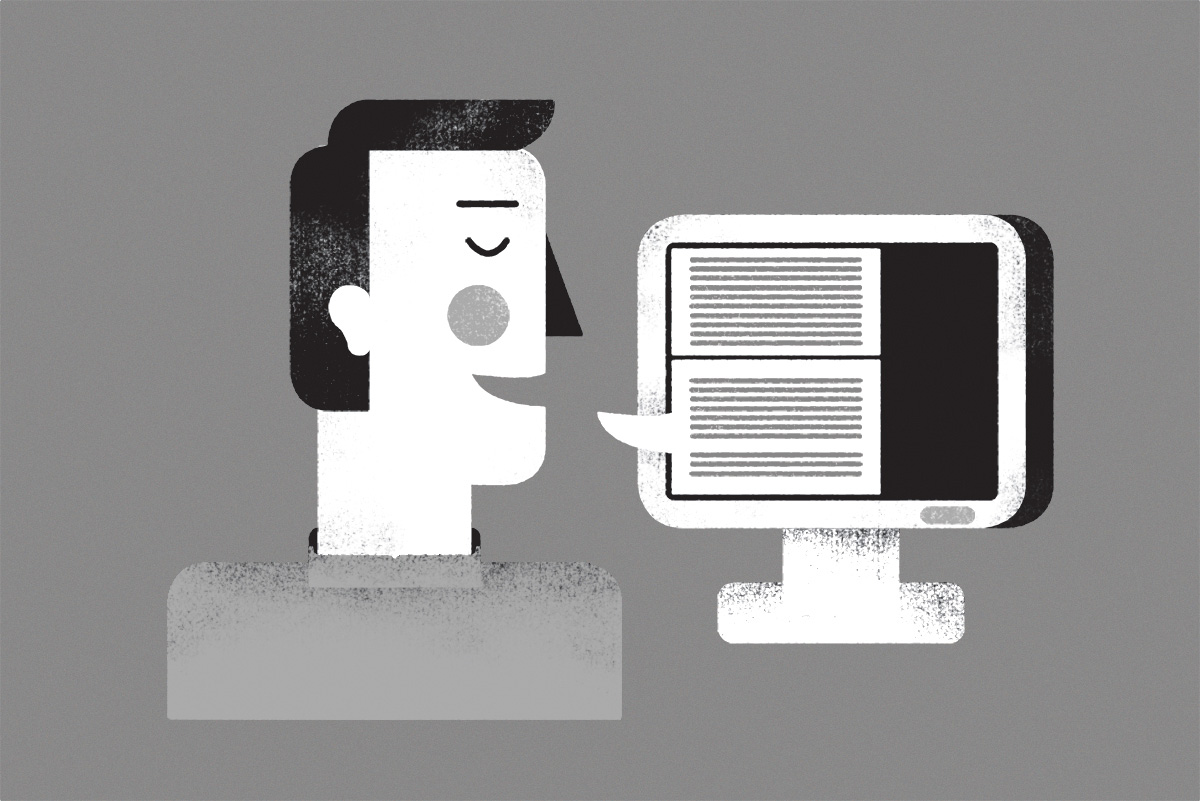 That can be good and bad, depending in your point of view, but mostly I think it’s good.

Does your journalistic work blend into your fiction writing?

Not very often. I definitely feel journalism and fiction writing occupy two distinct parts of my brain. But journalism helped prepare me for fiction writing, if only by building my discipline and confidence as a writer.

How do alternative media platforms change the mainstream media channels?

They keep them on their toes.

and the bigger sites routinely scoop up talent from the smaller ones. Mostly, though, I think the two complement each other, with smaller platforms able to be more adventurous with what they cover and how they cover it.

Some websites you can not go a day without?

All the sites I write for, obviously: The A.V. Club, Pitchfork, Clarkesworld, NPR.org, and so on. I also keep up on Tor.com (which I contribute to), io9.com, Strange Horizons, Lightspeed, and Beneath Ceaseless Skies. Lately, though, I’ve been trying to spend less time on the Internet and more time reading books. Paper books, no less.

Do you have any thoughts on the future of writing — both in fiction and journalism?

I’m pretty optimistic about the outlook of both. I acknowledge that these are tumultuous times, in both journalism and fiction, but there will always be a need for good writers as well as a fresh crop of writers hungry to fill that need. The ways in which those writers reach those readers—and how they get paid to do so—are in flux, and that can be quite a challenge. But things have never been easy for writers, nor do I think they ever will be, as much as I wish otherwise.

You had just finished the draft of your new novel. Do you mind sharing some details about it?

The novel is an urban fantasy story that takes place in the punk/hardcore scene in 1994. It’s about a 21-year-old punk named Pete who’s able to make magic, although he’s not really sure how it works or what he’s able to do with it. Mostly, he’s embarrassed about it and tries to hide it—that is, until he meets a punk band who seem to know more about magic than he ever thought possible. I’m still in the process of revising my draft, but hopefully it’ll be polished and off to find a publisher before too long.

I’m currently revising a science fiction novel for kids, and I have a Goosebumps book that’s coming out through Scholastic this summer (it ties into the upcoming Goosebumps movie). I also have a couple short stories appearing in anthologies soon: “The Projectionist,” which will be in Hex Publishers’ Nightmares Unhinged, and “Daughter of the Drifting,” which will appear in Stone Skin Press’ Swords v. Cthulhu. The first is horror, and the second is fantasy with a Lovecraftian theme. I’m also working on editing a couple anthologies of my own, both of the science fiction/fantasy variety. Oh, and I have a proposal for a nonfiction book that’s making the rounds with editors right now—and the topic involves both speculative fiction and music. So hopefully most (if not all) of these things will be appearing in some form soon. 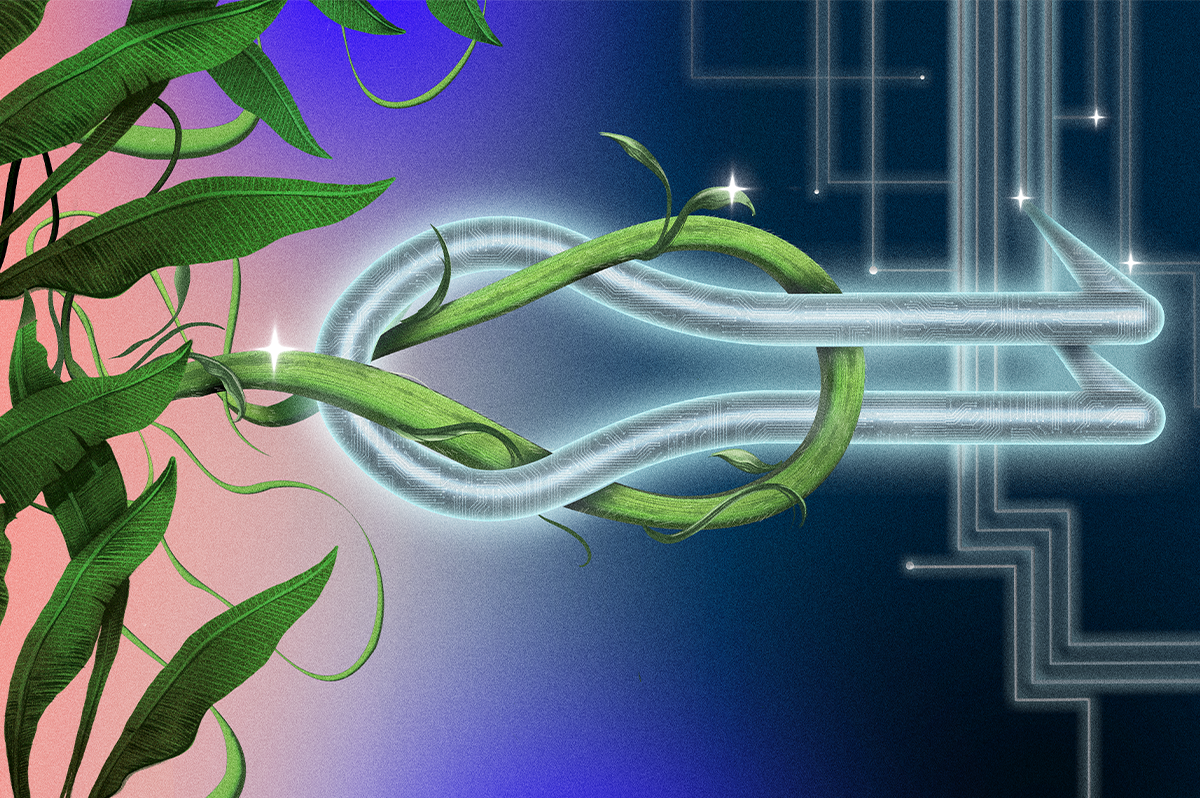