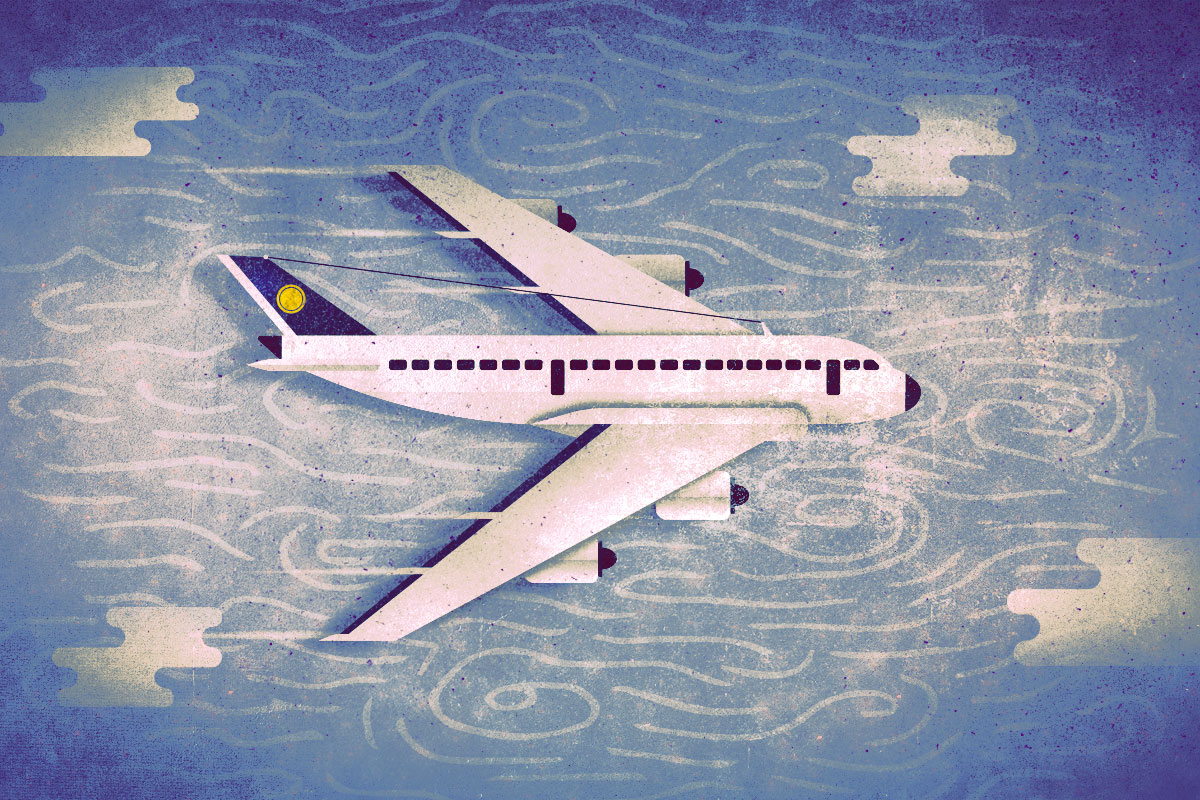 The Earth from Above

Gesa Gross is a long-haul pilot with Lufthansa. When she is not flying all over the world, she is living in Hamburg, Germany, with her husband (also a pilot) and their two sons.

Where does your interest and desire to become a pilot originate from: have you always wanted to do that?

I never actually thought about becoming a pilot, until the day I held the letter of admission to the Lufthansa Flight School in my hands (after 4 days of assessment centers and interviews). When I was 14 years old I started flying gliders, but I never thought I could pass the test to become an airline pilot. I just took the test so that I wouldn’t regret not taking it at an older age. Maybe that made me relax a little…

How does one become a pilot?

There are many different training concepts. For me, everything started with 6 months of theoretical training in Bremen, Germany, followed by another 6 months in Arizona, USA, where we flew small, single-engine aircraft. After this year, we all held our private pilot license. But since we need a commercial license, another year of training follоwed, covering meteorology, navigation, the specifics of long-range operation and many more subjects, but also the first training flights on a larger turbo-prop aircraft. We finished flightschool after taking the theoretical test and check flight with the LBA, the German Air Transport Agency.

I left Bremen and went to Frankfurt for my Airbus A320 typerating, and for the next couple of years I was flying as a co-pilot on short-haul flights all across Europe. 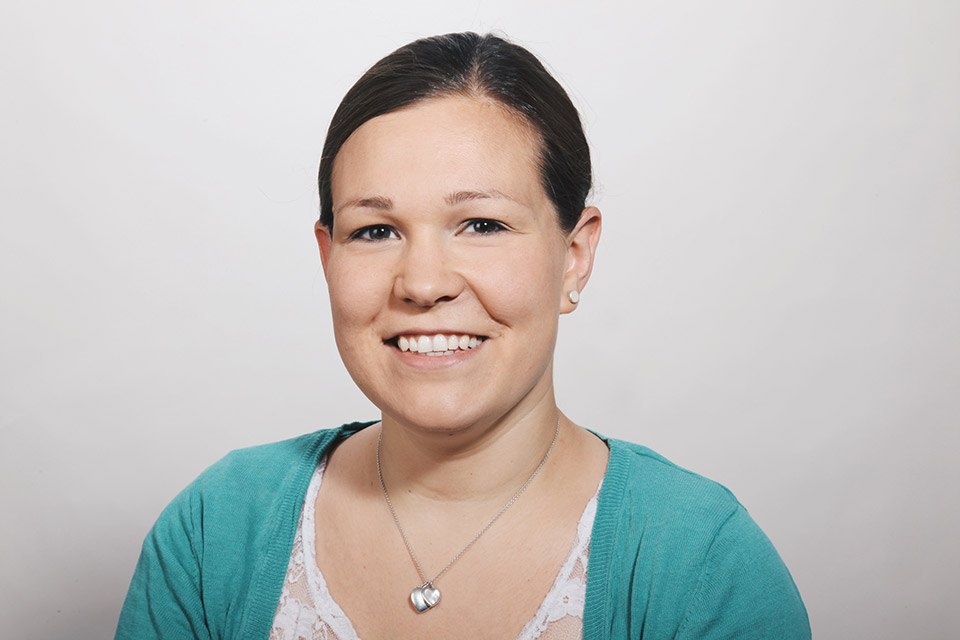 Is there any difference in the way a woman, working as a pilot, is being treated?

If there is a difference, it is a positive difference. Most of my male colleagues, both from the cockpit and the cabin crew, have very good manners and never hesitate to help with a heavy suitcase or offer to do the outside check of the aircraft when it is raining heavily. So we, young female pilots, are in the great position to be a little “special”, as there are still not that very many of us. Then

we are also profiting from the work of the first generation of commercial airline female pilots who had to prove that women can do the same good job as men.

How do people react when you tell them what you do?

I mainly hear 2 kinds of sentences when people find out that I am a pilot, mostly along the lines of: “Wow, I’ve never met a female pilot,” followed by “What I had always wanted to ask a pilot is:

a) do airholes exist?” No, only clear air turbulence.

“b) How many women pilots are flying for Lufthansa?” Approximately 10% of the younger pilots are women.

And not less popular “You are only a co-pilot, right?”

Yes, I am “only” a co-pilot (but I am allowed to take-off, fly and land the aircraft, don’t worry).

Which are some of the most interesting places you have visited?

I have visited the Yu Yuan Garden in Shanghai, been to great beaches near São Paulo and L.A., seen the penguins in South Africa, had drinks at a roof-top bar in Hong Kong, went horseback riding in Mexico…

But then, as I am answering these questions, I am sitting in an amazing hotel in Addis Ababa, Ethiopia, after having visited the Mother and Child Rehabilitation Center, that not only provides food, medical support, and a bed, but also psychological and emotional therapy, education, and employment. All of these enable its beneficiaries to become strong and independent people that are able to live their own lives. Days like these help to see what is really important in life, so this would be the most valuable and interesting place I have seen in a while.

Do you have any funny stories to share since you have started flying?

Most of the time it is just little incidents that put a smile on your face during work, but then there are also funny stories like the first class guest asking the flight attendant whether she preferred a man to have a shaved chest or not, later coming out of the lavatory with his shirt AND chest hair removed. Or the young flight attendant who got lost at the Venice Airport after accidentally leaving the aircraft with the last passenger instead of with the rest of the crew.

We know that your husband is a long-distance pilot as well. How is it for two pilots to be a couple?

It is demanding. We receive our monthly duty plans only a few days before the beginning of the month, we work weekends and holidays, and making plans with friends and family is not easy as the one coming home from a flight is always jet-lagged.

And then it got even more complicated five years ago when our first son was born. We try to fly on different days so that there is always one of us at home with the kids, which also means that we don’t see each other as much as we would like to. To manage this, we both have to work part-time. But we are lucky to have both of our parents living close-by and always delighted to help us with the kids.

And even with all this uncertainty and fatigue, it is also great: we have the same job without being in a competitive situation, we can talk about everything and understand each other, we can spend the mornings in cafes when we are both home during a workday, and, what I think is very rare in the working life of adults: we can spend a lot of time with our kids as we can truly switch off when we are at home.

Being a pilot must be an exhausting job, how do you recharge?

With about five long-haul flights a month, sleep is my first priority, which sometimes collides with my boys’ priorities. But playing in the park, reading books to them, enjoying family dinners — all this is worth every bit of lost sleep. When I am home alone, I love to sew and also to give sewing classes. It is great to do constructive work and to create a product you can hold in your hands afterwards. 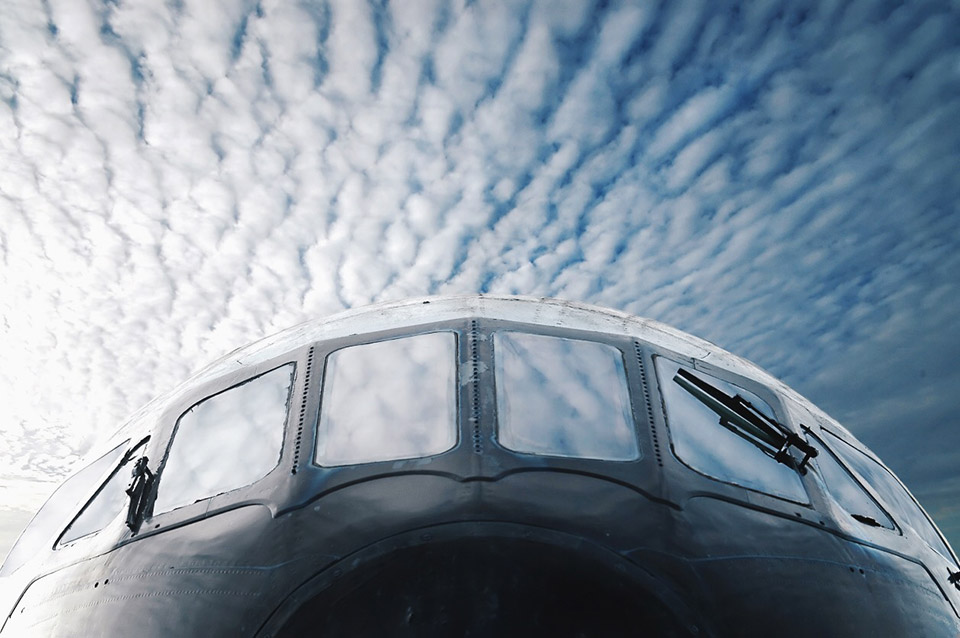 Теll us more about the sewing classes. Or better yet, how come you started doing this?

When I was pregnant with my first son, I started to teach myself how to sew. After a while, I started receiving requests for sewn presents from my friends. Then, I started receiving requests from friends of friends and so on. So I came to the point of starting a business. As my little business grew, people were asking whether I could give sewing classes as well. It took me a while, but I finally agreed to give it a try. This was over a year ago, but I feel it was a good decision, judging by what the participants have learned and accomplished so far. It is a great feeling to see how happy and satisfied people can get over something comparatively simple like a little bag or a skirt. To see how these people find a creative balance, despite their stressful and demanding work lives.

Workwise, I am studying for an upgrade to become a Senior First Officer and be able to substitute the Captain when he or she is asleep during break time on very long flights. With my sewing classes, I am going to give my first ones to kids this fall, so there are exciting changes coming up in both areas. But before all this, my husband and I are going to spend a few relaxing days in a little hideaway near Florence, Italy. 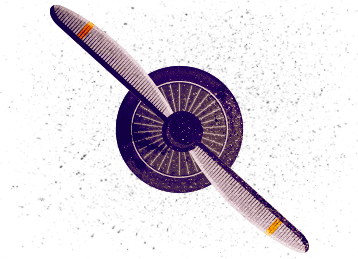