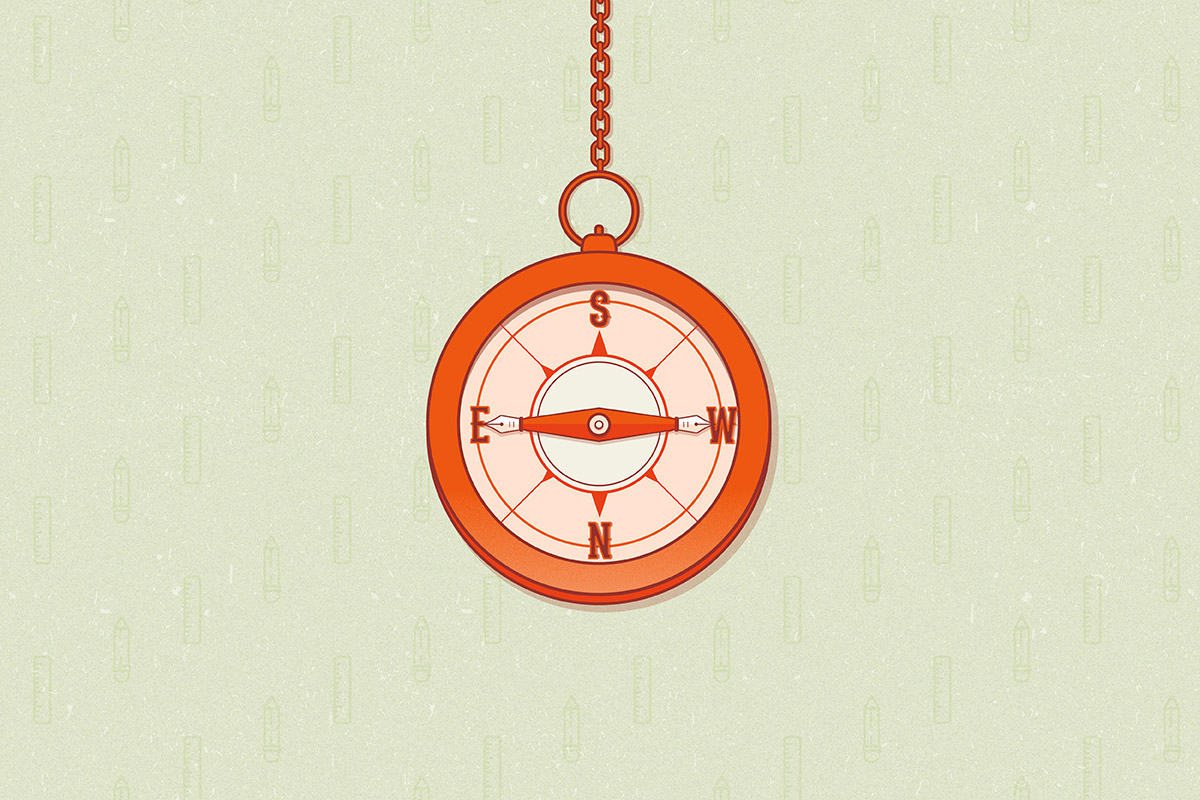 From East to West,
from Big to Small

Shortly after Cannes Lions festival and our conversation with Senta Slingerland, а part of its team, we present the other side of the spectrum — an actual advertiser.

Gabor Spielmann is the creative director and co-founder of Kabooom Advertising, Budapest. After years of experience in advertising, he is letting us in on what is it like to start your own agency in Eastern Europe.

You have more than 15 years of experience in advertising. How did you get into it and what keeps you there?

I am one of the few Creative Directors in Hungary who actually have a degree in advertising.

In the 90’s being a creative was a cool thing, and it was quite hard to get into an agency. At the age of 20, by complete accident, I met a CD who found me talented and gave me the opportunity to work as a junior copywriter. I did it for no salary, but I felt really happy and privileged to write copies. 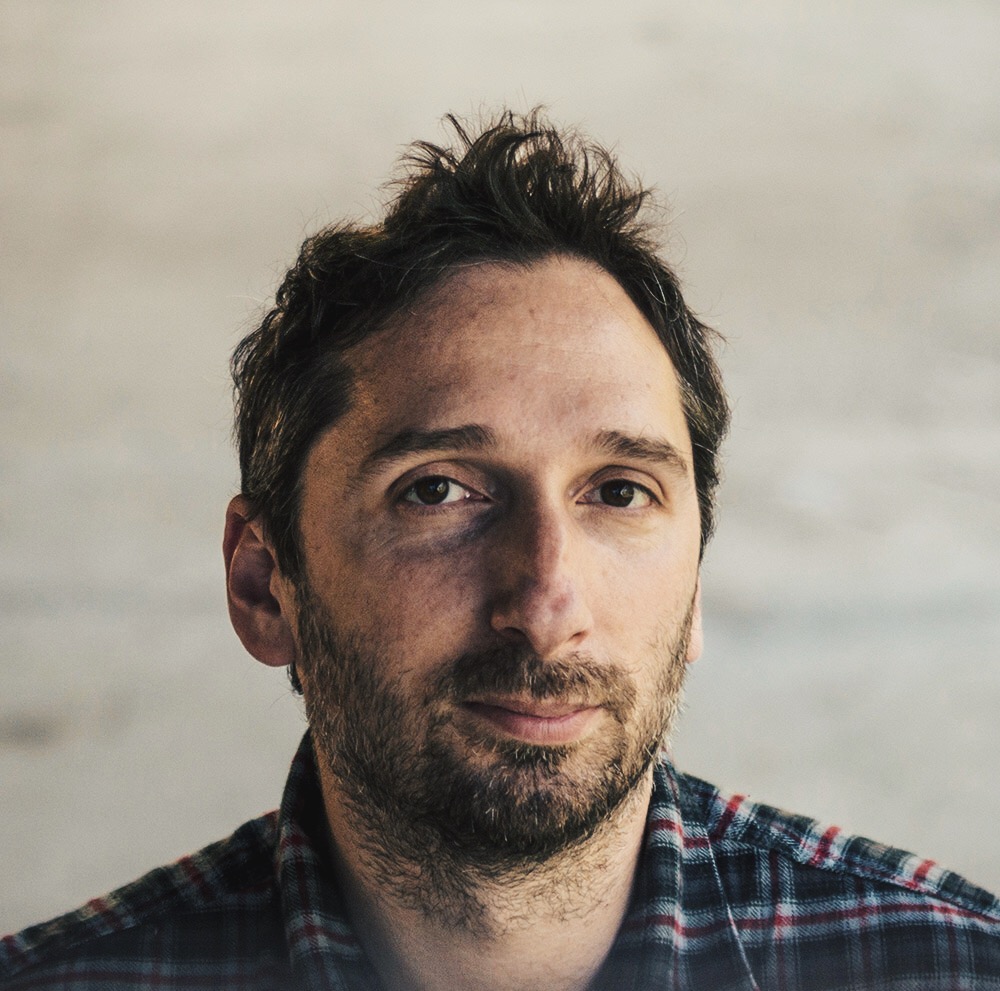 What keeps me in advertising?

I believe, everyone is born to be really good in something.

It is their personality, their environment, their talent that defines what this is. For me, it is advertising without doubt. Like Mr. Wolf in Pulp Fiction said: I’m here to solve problems. I love to use both parts of my brain. Being rational, structural, “on brief”, and at the same time being intuitive, artistic, even crazy.

I also like the fact that the feedback, hopefully, the success of the campaign and the brand, can soon be seen. No other job can offer that.

You say that your goal is “being the first to set the bar and to inspire”, which resulted in the first advertising awards for Hungary at Golden Drum, Meribel, LIA Award and New York Festival. You are also part of the first Cannes Young Lions. Was it a hard task to pave the way for the ones coming after you?

I like to discover new territories, set the bar high, and try to compete with the greatest countries and agencies in advertising. I won the first Grand Prix for Hungary at Golden Drum, the first Grand Prix at Meribel, the first award at LIA, and the first gold at ADCE. Young creatives are on their way to winning more and more, which I’m really happy about. That’s how the ad culture can develop here.

I initiated Cannes Young Lions in Hungary because we were maybe the only country that did not send their young ones there until 2010. With the help of Grey Budapest, It was relatively easy to make it happen. Since then the Hungarian Advertising Association has been doing that job.

While you were working at Ogilvy and Grey — some of the biggest ad agencies — you were searching for art directors from different parts of the world. Was that because you wanted an international team оr because you couldn’t find the right people in Hungary?

Both. Advertising culture was not up to the standard I believed in. Also by bringing in Brazilian art directors, for example, we also imported different cultures, more professional attitudes, fresh ideas, competition. They always helped both Ogilvy and Grey to win pitches and awards as well.

What are the reasons behind starting your own agency? What did the big international agencies give or not give you?

After being the creative leader of the biggest agencies in Hungary, the next step was either to move abroad to a great agency in Western Europe, in the U.S., or to make my own agency. I was still looking around while more and more clients were asking me for creative ideas. After a while, I decided to give it a try, and with my partners we established Kabooom Advertising. So far it has seemed to be the right thing though sometimes I do miss the network agency feeling. We tried to compensate it by going to Cannes with my Kabooom team this year.

We can not help but ask your opinion on social media, technology and the internet in general.

Like so many great inventions in history, I don’t think they make people happier. They are great tools though, if used carefully and properly. It’s a matter of proportion and self-discipline. Facebook, for example, is making many kids very much unfocused but offers an instant way to communicate, and to give and get feedback. Who knows if it is good or bad?

It is our time, so we have to embrace it with a positive attitude and try to avoid side-effects.

From an advertising point of view, I am feeling really lucky to be part of such a huge change. We were winning with Mobile Apps, FB Apps, Layer Banners, and I was in the Digital Jury of New York Festivals. On the other hand, sometimes I really miss the idea-driven, single, focused print ads, with no super interactive features.

Although Western and Eastern Europe are connected by geography, Eastern Europe is still neglected in a way. What do you think, what is the future of the European market?

I think Eastern European agencies need great, well-awarded regional Creative Directors from abroad who can boost their creatives. Although budget is always an issue in Eastern Europe, I am against blaming everything on the budget, or the clients. There are many excellent low-budget campaigns.

I think it is the know-how, the culture, the moral that should be changed by the expats.

How did Hungary change in the past 20 years: both as a country and advertising-wise?

At the time when capitalism entered Hungary, we were one of the more developed countries. I think this is the reason why we lacked the catharsis of some of the more depressed countries like Romania and Poland. They seem to be braver, more dynamic. This is all true for advertising as well. Watching a Romanian TV block, I see much more freshness and courage than here.

Your travels are numerous and, as far as we know, you are more of an adventurer than a tourist. Can you tell us about the most interesting places you have visited?

Travelling for me is an important source of input in many ways. I am interested in history, the way people live, the fauna, etc. 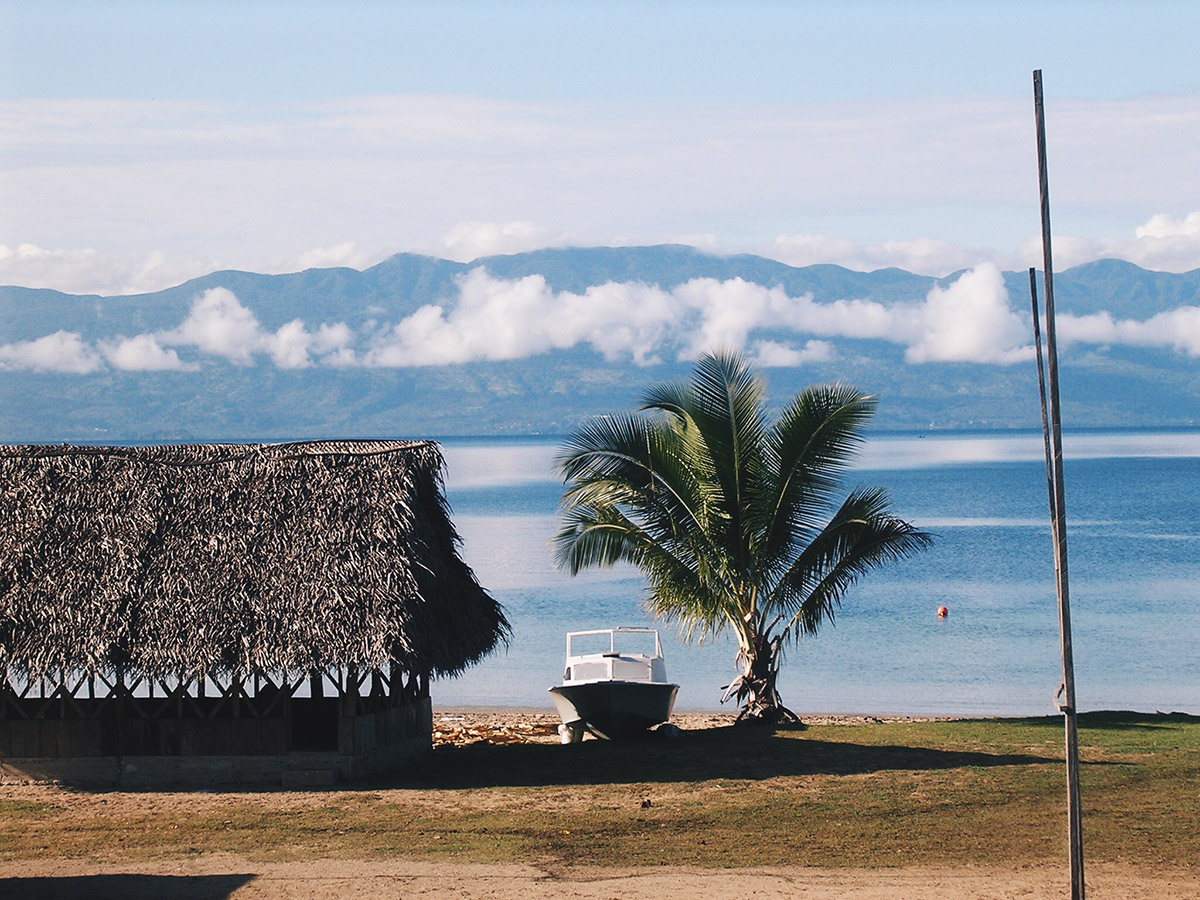 If you go off the beaten track, you will find more inconvenience but also more interesting things.

The most interesting places – all from a different point of view – were Rwenzori in Uganda, Gobi in Mongolia, Salar de Uyuni in Bolivia, Galapagos in Ecuador, North Pole in Spitzbergen, Japan, Pingyao in China, Serengeti and Tanganyika in Tanzania. 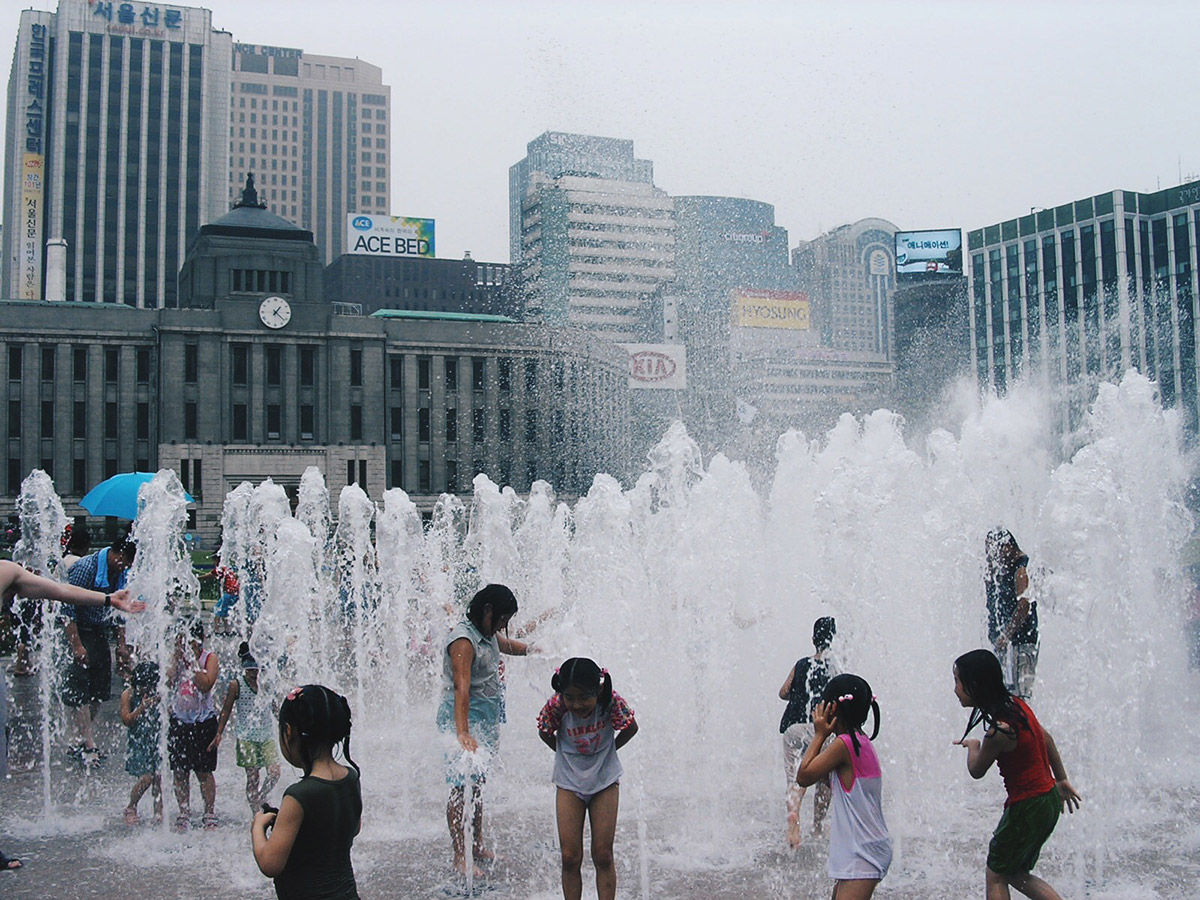 How does the advertising domain differ in the parts of the world that you have visited: Tokyo, London, Delhi, Stockholm, Nairobi, Chicago, New York, Dubai, etc.? Do cultural specifics have any influence on work ethics?

Whenever there is a possibility, I visit agencies to see the environment they work in. Usually, I also meet the CD and discuss advertising. Advertising is like a common language between creative people all around the world. We have the same issues: many coward clients, short deadlines, lack of budget, the less creative work being chosen. On the other hand, these problems are of very different scale. I would be very happy with the problems of most of these agencies.

You have spent a month in Nairobi as a freelancer. What did you do exactly?

I was working under the Australian ECD, and my task was to come up with concepts for pitches. It was a great experience! I advise everyone to try to work in a different culture. Just one of the real gems from that period: we had a brief from an electric company to convince people not to steal oil from the transformers. Some tribes believe electricity can give magic power, and damaged the transformers, which in turn caused blackouts. 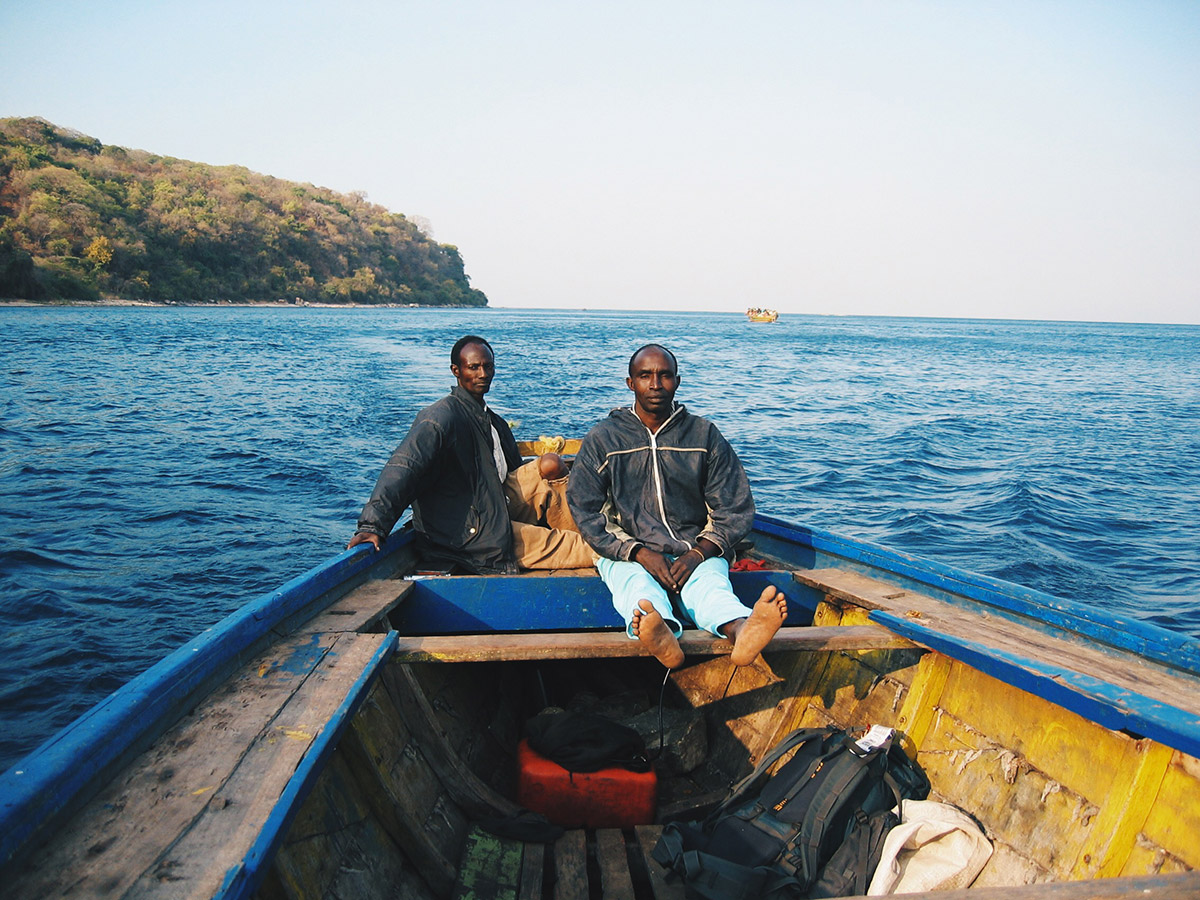 Apart from traveling, what are your hobbies, how do you relax? We’ve heard that you are an enthusiastic furniture maker.

My furniture making period seems to be over. I only did some lamps, a smoking table, and a few other things when I did not find the furniture I wanted in the shops.

Now my extra energy goes to my 4-year-old kid and my hyperactive dog. I would not say it makes me relax to play with them, but it is great fun.

I want to make different experiments with my agency, Kabooom. This year I started a special talent search program called “Open Brief”. We made one real brief available for everyone who wanted to work on it. An international Jury from UK, India, Brazil, Germany, and Poland decided the winner that would enter Cannes.

In the future, I want to do many other experiments in different fields of advertising that are usually not possible in a huge network agency.

I try to turn the disadvantage of being small into an advantage.