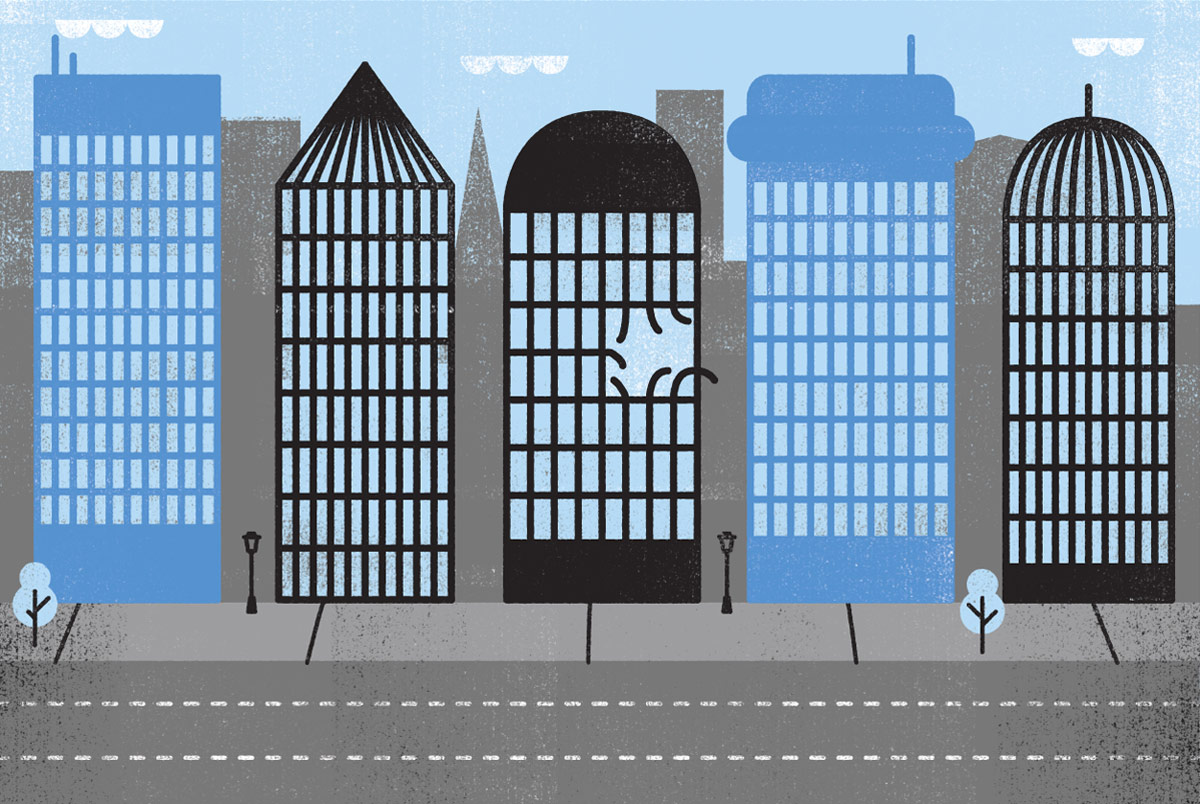 The Art of Escaping

Dimitar Karanikolov is an architect and a game/app developer, deeply interested in photography. After 7 years of living in London, he is now back in Sofia.

Тell us more about what you’re doing right now. 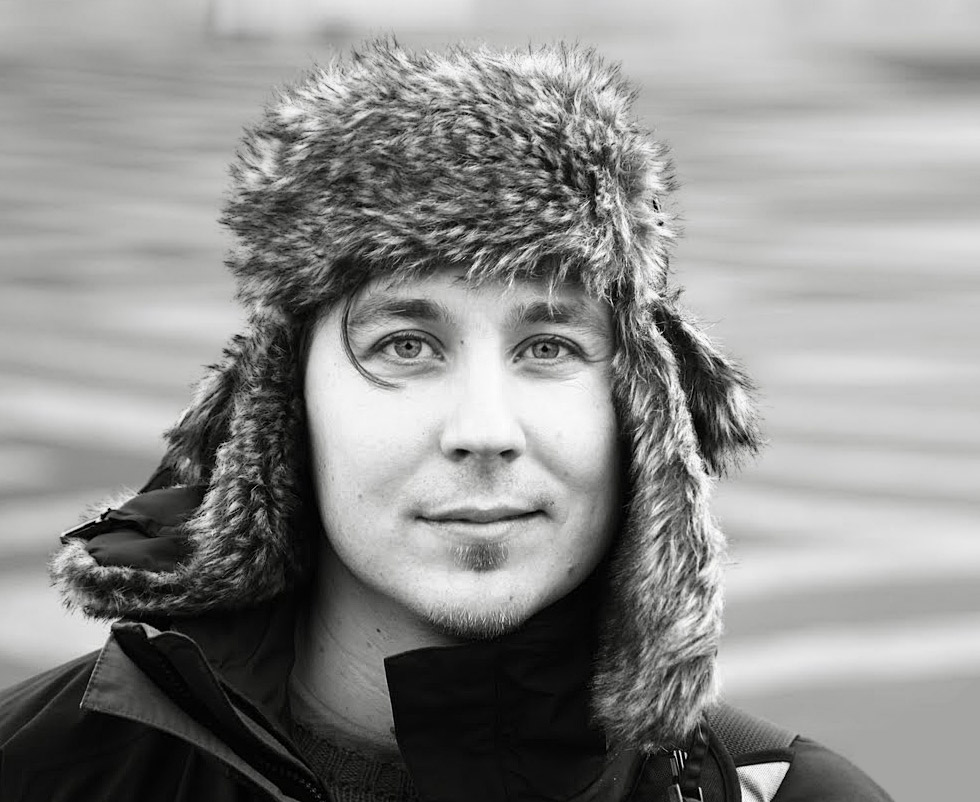 How did you decide to study architecture?

To be honest, I have always wanted to do illustrations, and I used to draw all the time when I was a kid. I was not brave enough to apply to art school, so architecture seemed to be the most logical choice. I always thought that architecture is a very creative industry, but in the end I got disappointed in it. When you are a student — especially in a smaller country — you imagine that there is this great studio somewhere, and you are going to be really creative in it and work on these really amazing projects. When you finally go there, you see that all this is mostly about business and money, it is just a matrix that you are a tiny part of.

In 2002 graduated from the University of Architecture, Civil Engineering and Geodesy in Bulgaria and for my last 4 years of study I hardly stepped into the building — not that I am proud of that. I somehow finished my education out of spite, doing unusual projects that were not in line with the traditions there. I even remember that at that time they were giving lower grades to projects that were done on the computer — the new technologies were not quite favored. After I graduated, I did an internship in an experimental studio in Rotterdam, where we did kinetic architecture — buildings with sensors that are moving and reacting to every emotion of their inhabitants, it was pretty interesting. This studio is Kas Oosterhuis’s, who is a professor at Delft University.

Later on when I came back to Bulgaria, I developed computer games for some time and then in 2004 I went to London, where I immediately started working for Foster & Partners — one of the biggest architectural corporations. This kind of work is the closest you can get to military service. Every newcomer has a job captain, associate, associate partner, partner, and senior partner above him — like military structure with a really strong sense of hierarchy. I gained a lot of experience and made many connections, but working in such environment was just not for me and that is how I came up with the idea of creating my own studio. 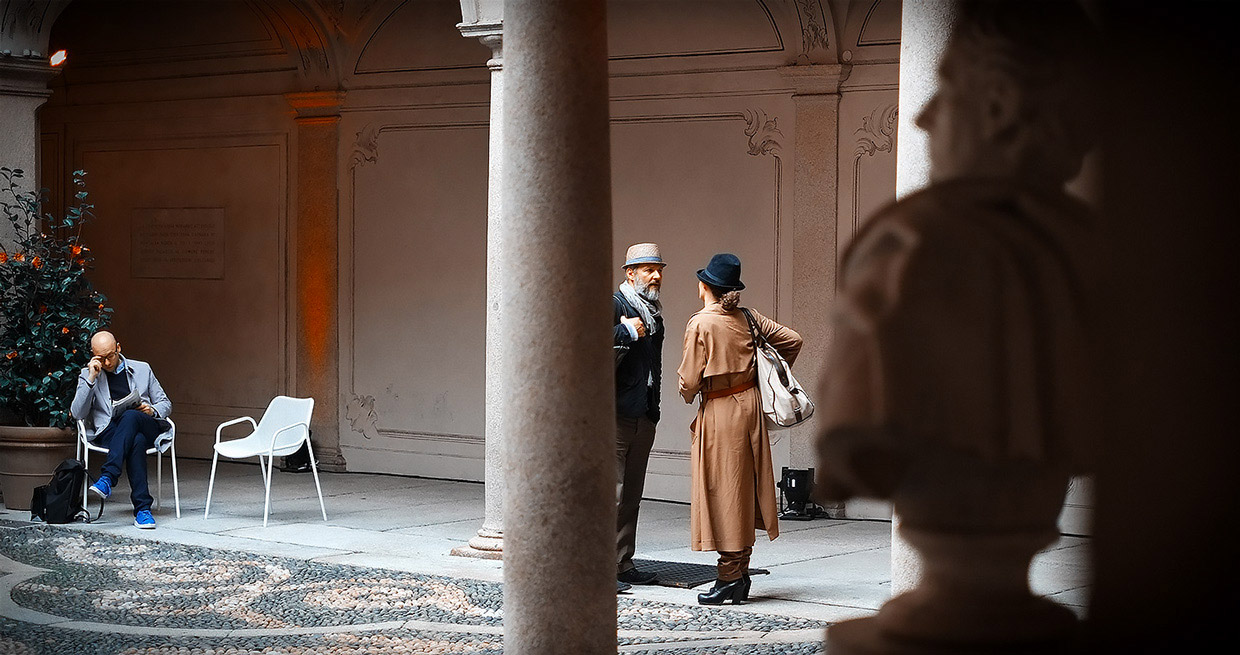 You opened your own studio after working in a really big one. What are the differences between such a huge structure and the more independent environment of smaller studios?

The upside of being in a more independent environment that you are in charge of your own time and life — especially when you have short-term projects with big breaks between them during which you can travel. The downside is not having defined work hours. For example, a client often sends something on Friday night, expecting it to be ready on Monday. You work at night; you work on weekends. When you are working for yourself, you always have to be available, and you can not just switch off at 6 p.m. and go out for a beer. The work ends when you have finished it, and the client is happy with the results. Personally, being in charge of my own time makes me way more creative. I prefer working late in the evening or even during the night when there are no more client emails — this is when you concentrate on the actual work.

Back to Sofia from London, moving from a bigger studio to a smaller one. How did all these changes affect you?

I spent 7 years in London.

Someone once told me that life is too short to emigrate and then remigrate. 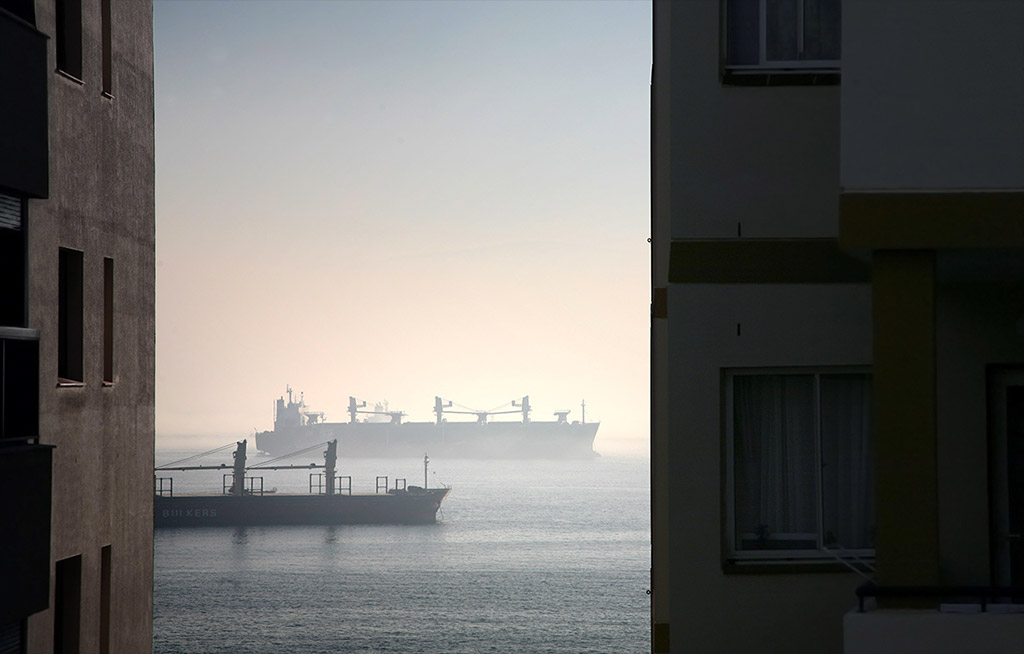 There is this kind of syndrome in people who have worked, studied or just lived abroad for a long time: they don’t feel at ease in any place. Life in London was too much for me and for some time I seriously considered going to some house in the Rhodope mountains and working remotely from there. The truth is that the kind of work we are doing now can be done entirely online. It absolutely doesn’t matter where you are. Returning to Bulgaria was logical for me and what I gained from this is a lot of free time for other things. Otherwise, I would have stayed in this matrix — losing many hours just commuting in London, whereas here I can do a lot outside of my daily job. I tried interior design, photography, art installations: stuff that brings me pleasure, not only money.

Tell us about your travels. Which is the place that impressed you the most?

For me, travelling is an escape from routine and conventional life. It is nice to have a flight reservation for a few months ahead, it keeps me sane — knowing that I will be away from everything in some time. One of the last places I visited was the least populated part of Western Mongolia, near the border with Kazakhstan and China. I spent my time there with the local nomads, a big part of whom never had any contact with someone from the Western world. It was a truly authentic experience. In fact, these people developed a sustainable lifestyle 2000 years ago, and they still hold on to it. Concepts such as money, land property, time do not exist. 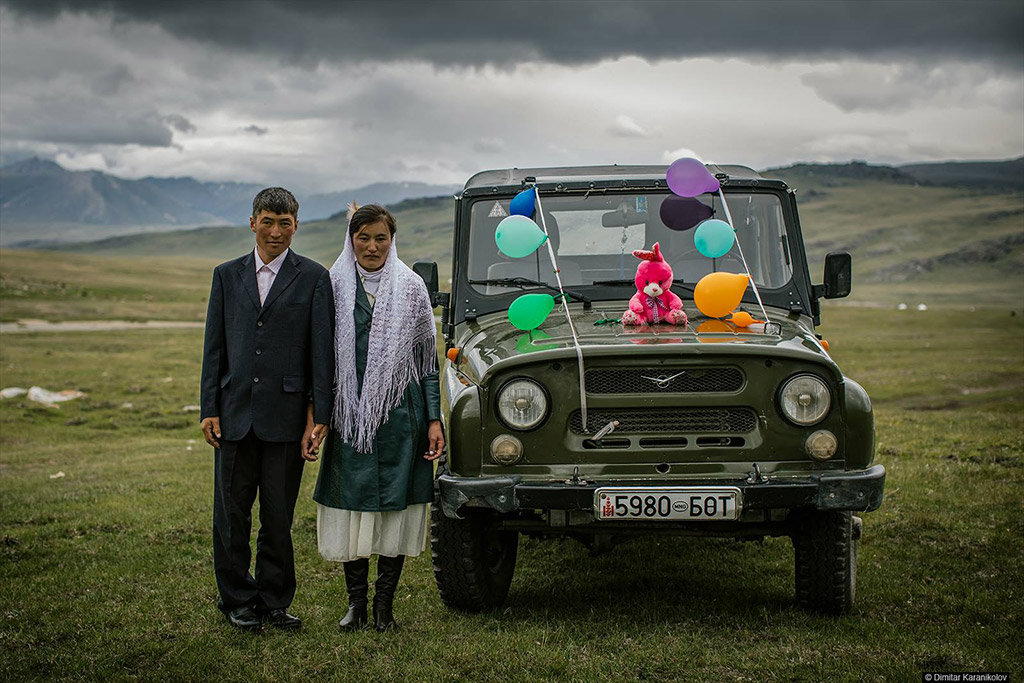 They have some clocks on which they never turn on the daylight saving time, just because an hour more or less does not have any impact on their life.

You can build a house wherever you want — by some lake, for example. If you are there, then this land belongs to you. There is so much of it, that no one really cares who owns it exactly. I stayed there for two weeks and didn’t check my phone once, I was super happy.

Was there any particular reason to visit Mongolia?

Yes, it was actually a workshop by Timothy Allen, probably one of the most famous travel photographers. He worked on BBC’s The Human Planet — an anthroposophic take on some of the most interesting tribes in the world. It was a photographic workshop coupled with an expedition in Western Mongolia where we met and portrayed a lot of interesting people. Their food mainly consists of meat and milk tea; every family lives in a yurt which they relocate 6 times a year. In the winter, they climb up the mountain because the stronger wind there blows away the snow and their animals can feed. People around the world tend to go lower in the winter, but these tribes climb up. Also, they still hunt foxes with the help of eagles — a real tradition that they hold on to; it does not exist just to be filmed in documentaries. The locals were really hospitable and pleasant, so the contact we had with them was simply great. 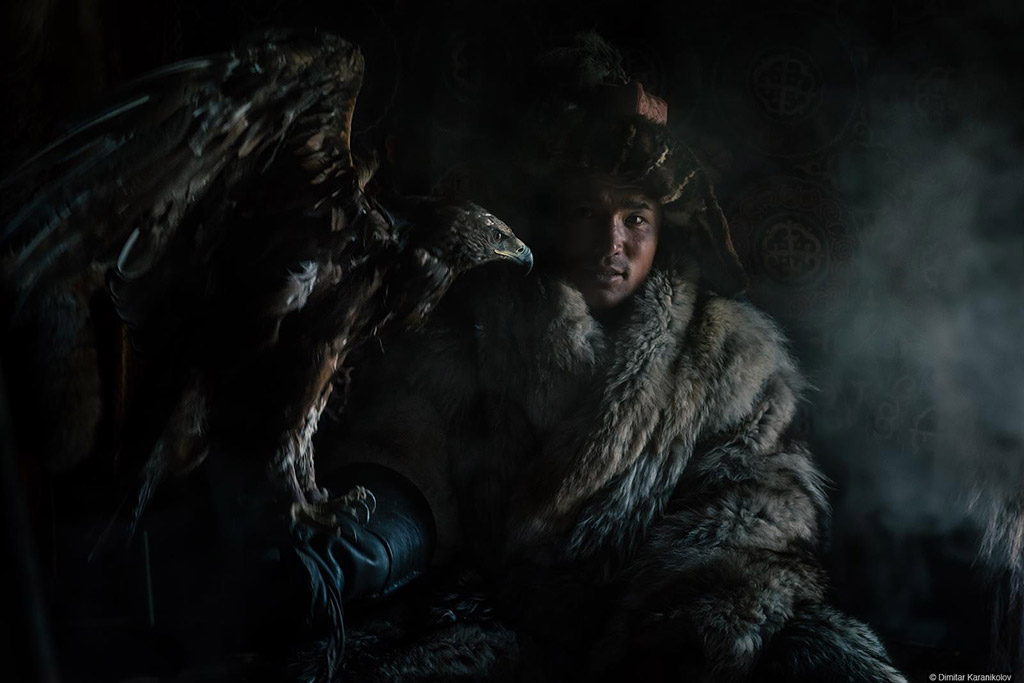 Can you tell us more about your interest in computer games: you used to develop some and now you are onto mobile apps.

It was something like a hobby on the side, which turned out to be serious work demanding a lot of time and effort. I am sharing an office with a friend, who is doing web and interactive design. One day we just said to each other “so, you do 2D layouts and interface, I do 3D — why don’t we do something together?” A mobile app was the closest thing to mind. I had this idea for some time — to make a modern version of an 8-bit game called Super Artillery; a “turn-based” game in which players shoot at one another with small tanks. As nowadays technology is pretty advanced, all mobile phones have GPS, which helps us create such games on a whole new level. It is called Hit Me If You Can — two people who are in different places all around the world point their phones to one another and shoot small paint rockets: it is like some sort if intergalactic paintball. You can see real-time on the map where the rocket is flying — it is quite a cute game.

Architecture, computer games, mobile apps: what do all these have in common and what is your main design principle?

Beautiful visuals. For me, it is all about that. In architecture, I specialized in making beautiful visualizations for buildings to be constructed in the future. So what we are doing is like advertising in architecture. We try to put “make-up” on a building, to present it in its best possible shape. So I do some sort of digital drawings. And photography is pretty much the same thing: it all depends on the color, the composition and creating a beautiful visual. 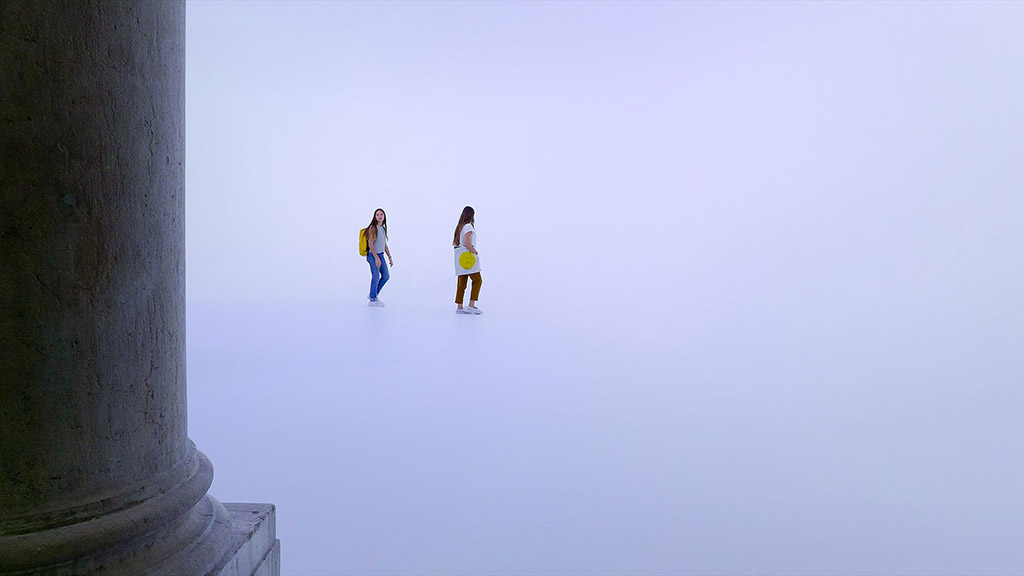 Currently, photography is more like a hobby for you. Is there a clear difference between doing something professionally or just as a hobby?

To me photography is not rocket science — if you have the right gear, some basic knowledge and you are in an interesting place, there is no way you won’t make some good photos. Especially if you take 15 thousand photos there.

I do not shy away from retouching. Some photographers don’t like doing that, but I don’t mind. I actually don’t have the pretension of being a photographer, even “amateur” is an overstatement for what I do. Experiments are appealing to me and I don’t have a favorite subject: I like to shoot everything and it doesn’t make any difference if I do it with a professional camera, an analogue one, or a mobile phone. 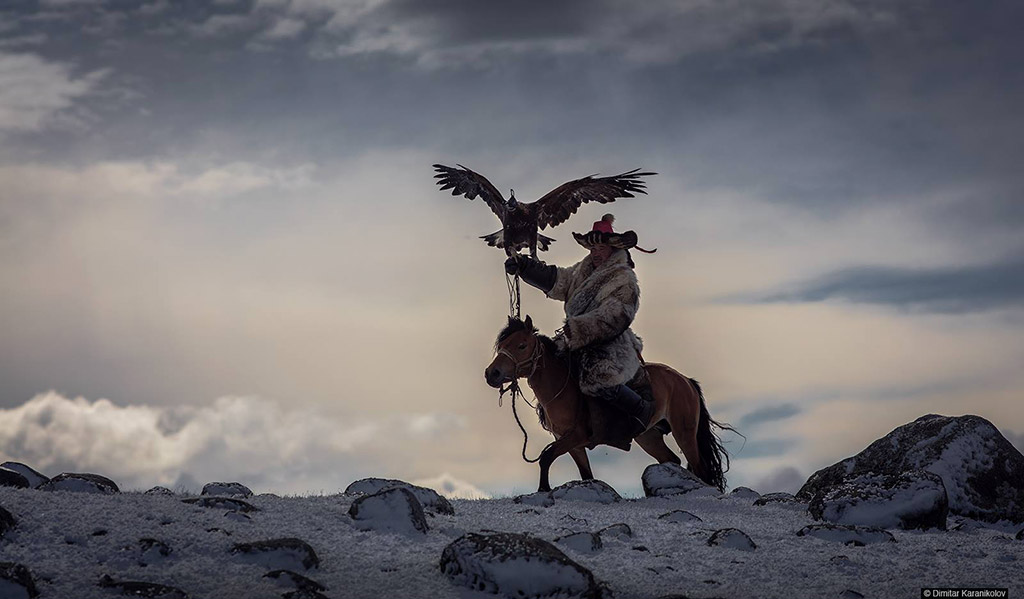 I tend to follow a line from virtual towards the real, from digital towards the analogue. As a student, I had the urge to escape my environment, so I started doing visualizations, games, virtual realities. Gradually, maybe with age, I got more and more interested in things that you can actually touch, that are real. I did a furniture project; I designed my first interior — an atelier. What I am into right now is the material side of space and form, I try to aim for what is real. I would like to do more things that are close to nature and the material.