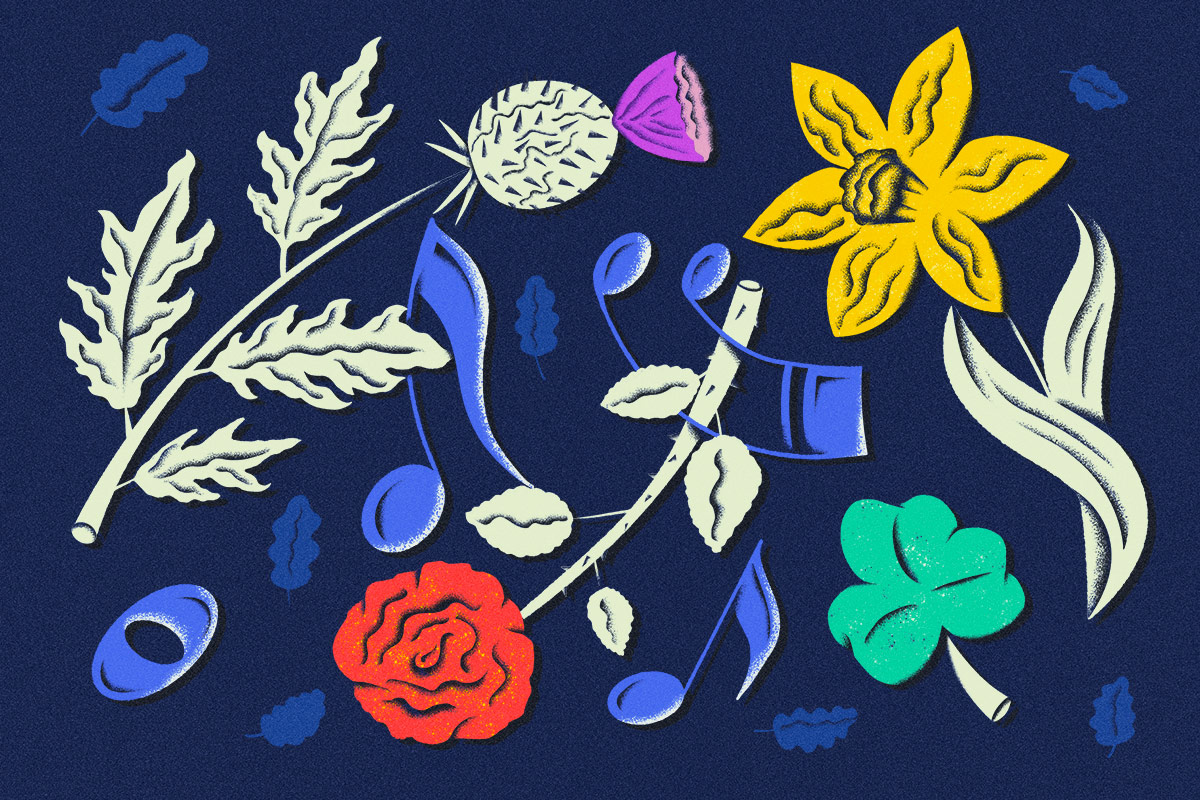 For years Dave Chamberlain has been pouring his passion for folk & acoustic music into Acoustic Routes — a radio show dedicated to the vast variety and enchanting beauty of traditional folk music, especially that from the United Kingdom. Here he is expertly trying to guide us though it while explaining how important it is to not only preserve traditions, but also to create new ones and support up-and-coming artists.

Tell us a little about yourself.

I’ve moved around a bit in my half century on the planet: born in Hertfordshire, grew up in Suffolk and lived in Norfolk before settling in South Wales where I now live with my partner and our two children. Music was always a part of my childhood: I enjoyed music lessons at school, learning to play the сornet and playing in the school band. Music was also a feature at home — folk music was part of my parent’s record collection and I suspect that it was listening to the likes of Simon And Garfunkel, The Corries and The Ian Campbell Folk Group while I was growing up that set me on the path to where I am now. 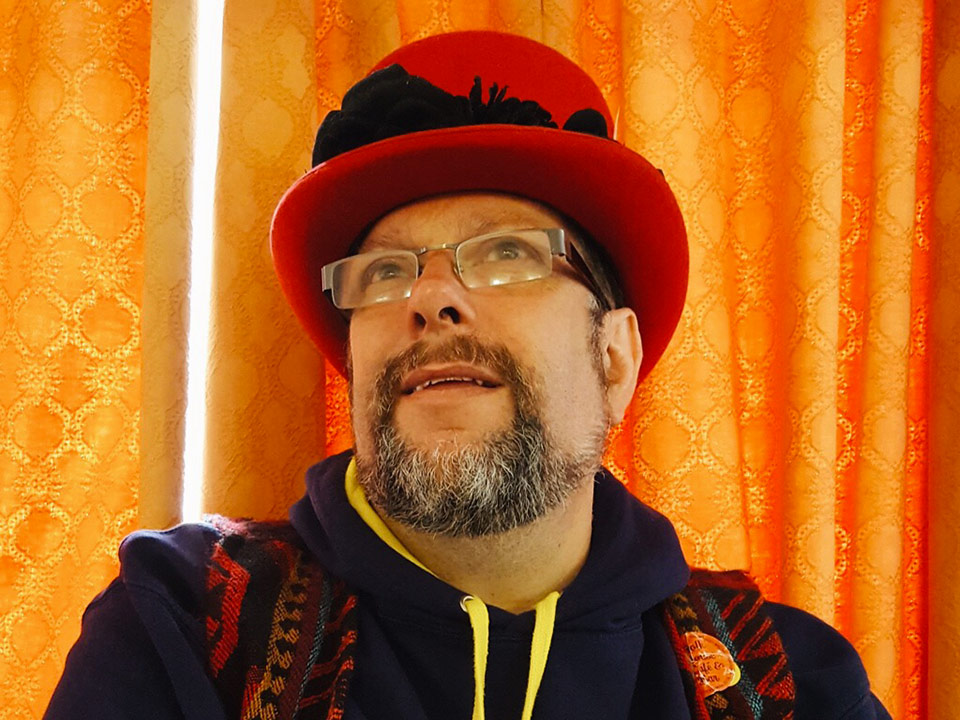 Are you playing music yourself and how did you come up with the idea for Acoustic Routes?

Unfortunately I’m not currently playing music. I do occasionally strum the ukulele and our house is full of assorted instruments that we have accumulated over the years but somehow have never found the time to learn to play them. Something for when the children have left home perhaps.

I came up with the idea for Acoustic Routes about 10 years ago. I was presenting a sports show on a local community radio station and it needed more shows to fill the schedule: I had by then built up a collection of folk & acoustic music, and Acoustic Routes was born.

The show is also a platform for young artists to show their music. How do you choose which ones to play?

I don’t choose the artists, they choose me.

If someone has made the effort to get in touch and thinks that my show is worth being included on, then the least I can do is to play their music.

Without the performers and record labels who send me music I wouldn’t have a show.

For the non-familiar: what is it that makes UK folklore music so specific?

That’s a difficult one. Many people, even within the UK tend to equate British with English but it is so much more than that. British folk music draws on the folklore, history and politics of these islands and, although each of the nations (England, Wales, Scotland and Northern Ireland) that make up the UK have their own distinctive styles, there are songs and themes that can be found throughout the land. For example the Northumbrian song The Twa Sisters, about one sister murdering her sibling, is also known in other parts of the country as The Bows Of London, The Dreadful Wind And Rain or The Miller And The Kings Daughter.
As the transmission of folk songs tended to be done aurally rather than written then it is quite possible that, particularly

with traditional songs, there are as many versions as there are singers.

One thing that does make British folk music so distinctive is that it encompasses no less than six different languages. English is obviously the predominant language but Welsh, Scots Gaelic and Irish Gaelic have thriving traditional music scenes and more recently Manx and Cornish have been undergoing a revival with bands like Barrule and The Changing Room bringing their native tongues to a wider audience.

British folk music has also never stood in isolation — as people have emigrated to other parts of the world, they have taken their songs with them and then these songs have taken on a life of their own. For example, the English song The Ship’s Carpenter eventually became The American House Carpenter. There has also been a long history of assimilation of elements from other countries: the one instrument most closely associated with Scotland, the bagpipes, have their origins in the Middle East. Morris dancing, that most English form of folk dance can be traced to Medieval Northern Europe with references to mooriske danse in Flemish, moriskentanz in German and morisque in French.

In more recent times, the rising popularity of americana is seeing songs and tunes exported across the Atlantic in previous centuries are being reintegrated into the British tradition in their modified form. In more recent times, Asian, African, South American and Caribbean rhythms and instruments have been combined with traditional British and Celtic ones to create a new and vibrant sound by bands like The Afro-Celt Sound System, The Imagined Village, Salsa Celtica and Ghazalaw.

You say that folk music should not only preserve old traditions but also create new ones. Do you observe some sort of community that has grown around Acoustic Routes ever since it started?

Yes, definitely. Since I started Acoustic Routes I have been lucky enough to make contact with musicians and listeners from all over the world. It’s interesting to see musicians and performers interacting as a result of their inclusion on the show. As far as I know there hasn’t been any collaborations yet but who knows what the future may hold.

New traditions are establishing themselves all the time. Folk music has always been the music of the people, played by the people using whatever instruments would have been available and affordable at the time. So as new technology becomes more available it is no surprise to see it being used by folk musicians. The same applies to new instruments and styles brought in as a result of immigration and music that has arisen from this fusion of cultures that really excites me. For example, The Afro Celt Sound System combine traditional British instruments with electronic beats and samples, traditional British and Celtic songs with African and Asian rhythms. On a similar theme Ghazalaw combine traditional Ghazal poetry from India with Traditional Welsh songs to great effect.

it is good to see traditions being revived and new traditions coming out of that revival.

Here in Wales, the Mari Lwyd, or Grey Mare, is undergoing somewhat of a revival with more appearing each year. For those who are not familiar with it, The Mari Lwyd Christmas tradition consisting of a decorated horses skull that is taken from house to house. At each house the Mari Lwyd visits there would be a competitive sing off called the pwnco and the winners would have to provide the losers with food and alcohol. As it is also considered to be good luck to have the Mari Lwyd in your house, the outcome of the pwnco is normally a foregone conclusion. These days the Mari Lwyd is used more as a fundraising tool for local good causes and its activities are based around local pubs and inns rather than private homes.

Can you name some of the up-and-coming folk artists we really need to hear or is it impossible thing to choose?

There are so many to choose from, but I have to mention my most recent studio guests, Ofelia. A young band from the South Wales Valleys who have just released their debut EP and, I am sure, have a very bright future ahead of them. Looking further afield, the county of Somerset is producing a crop of extremely talented artists including Ange Hardy, Steve Pledger and Sharon Lazibyrd. I am also currently enjoying listening to The August List’s latest album Ramshackle Tabernacle. Finally, going back to my East Anglian roots, Suffolk born singer/songwriter Tilly Moses is showing great potential with her debut album Alight and Adrift. Тhere is also some great Welsh language music at the moment — Gwilym Bowen Rees, both as a solo artist and as a member of the band Plu, is well worth checking out.

We have been previously discussing escapism with other interviewees, so we have to ask you as well: do you think that enjoying/playing folk music can be perceived as some form of it?

Definitely! Music is my means of escape after a difficult day, nothing quite beats leaving work & putting on a new CD for the drive home.

One of the joys of folk music is that there is a huge variety of songs that can whisk you off to another world,

whether it’s the land of the faeries, or the life of the poacher trying his luck on the squire’s land.

How do you see the future of radio as a media?

With the rise of the internet I think the future of radio is much brighter than it has been for a while. It is relatively inexpensive to set up an Internet radio station, and the proliferation of new stations means that artists who may not necessarily get exposure on national or commercial networks are more likely to have their music broadcast to a wider audience.

What is your personal biggest musical influence and all-time favourite artist/s?

Radio-wise, the biggest influences on me as a presenter have got to be Bob Harris and John Peel. I grew up listening to both and if I could be half as good as they were then I would be very happy.
My all-time favourite bands? Across all genres it’s got to be Pink Floyd, Marillion and Fish, Peter Gabriel has got to be up there as well. My all-time favourite folk bands — Oysterband — are definitely in there, I’ve lost count of the number of times I’ve seen them. Show Of Hands and the Welsh band Calan. 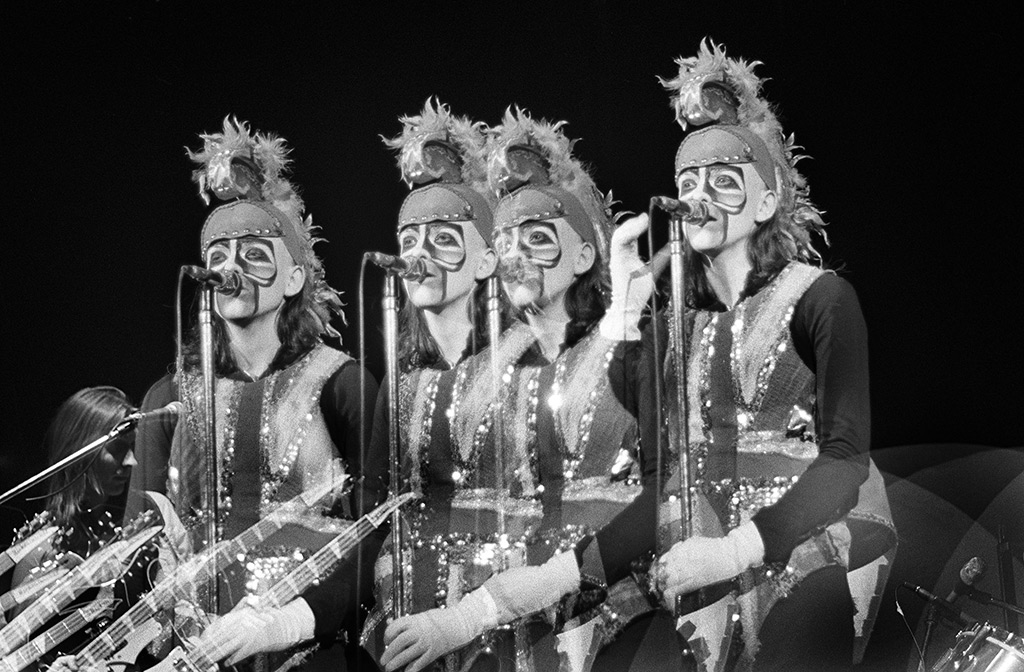 Acoustic Routes branching out into live music. I recently put on my first ever live music event, which was a great success, and I have another event planned for September. Hopefully there will be more in the future.