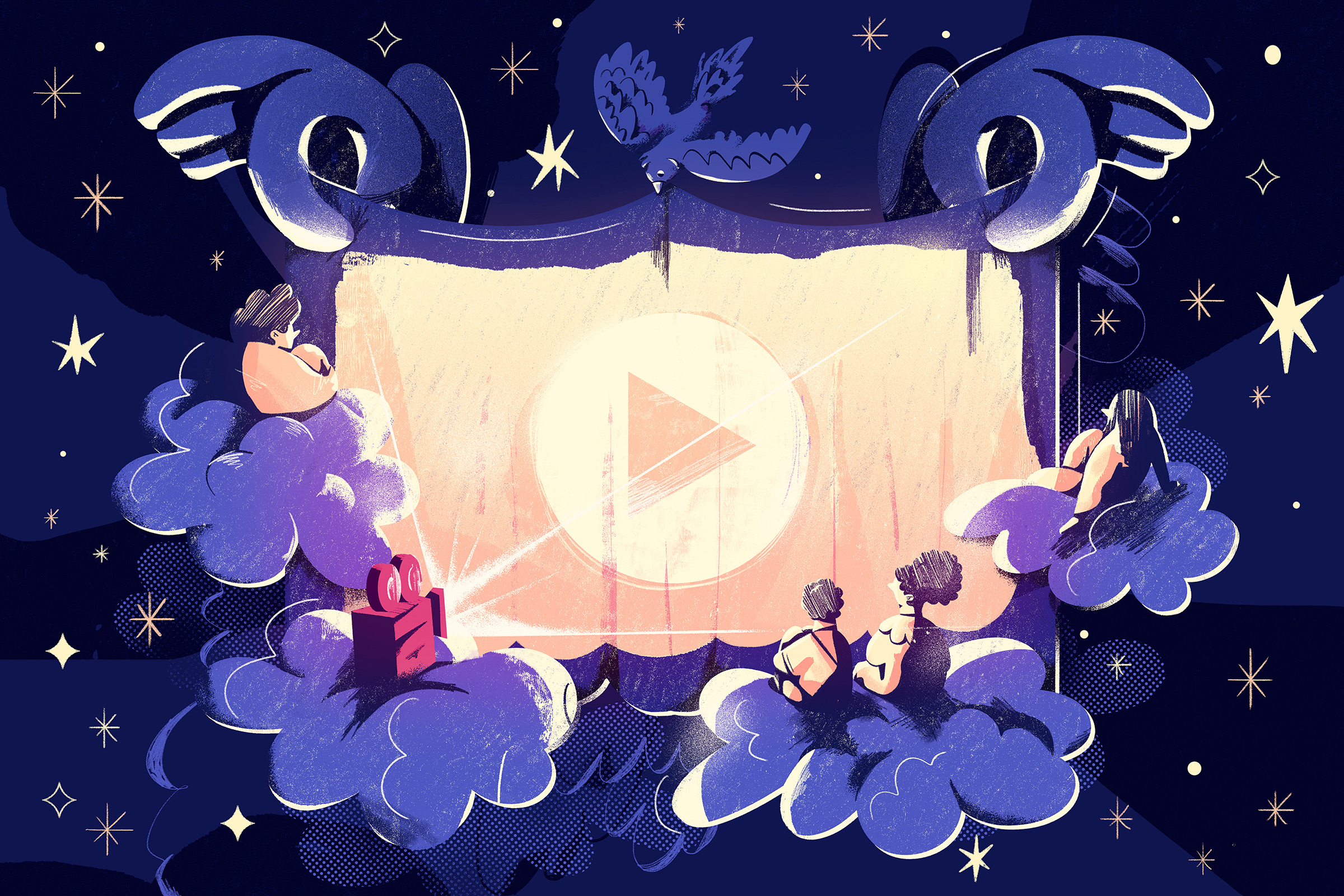 From working at CNN to working towards helping quality audiovisual content reach children through national TV, Catalina Guzman is really passionate about good television. Being a co-founder of FAN Chile, she feels “as a part of a generation that doesn’t have the right answers but is asking the right questions”.

How would you describe Fan Chile to someone with no idea what it is?

FAN Chile is an event celebrating creativity and childhood. It started as an аudiovisual festival for kids but it has grown from there to become a party engaged in fostering creations for children and made by them. We have а competitive part showing hundreds of children’s movies, short films and TV programs by professional filmmakers all around the world. But there is also the “Made by Children” competition for young film makers who want to show their productions to an international audience. And during the week of the festival the celebrations are open for everyone and include live music shows, performances, creative workshops, etc. 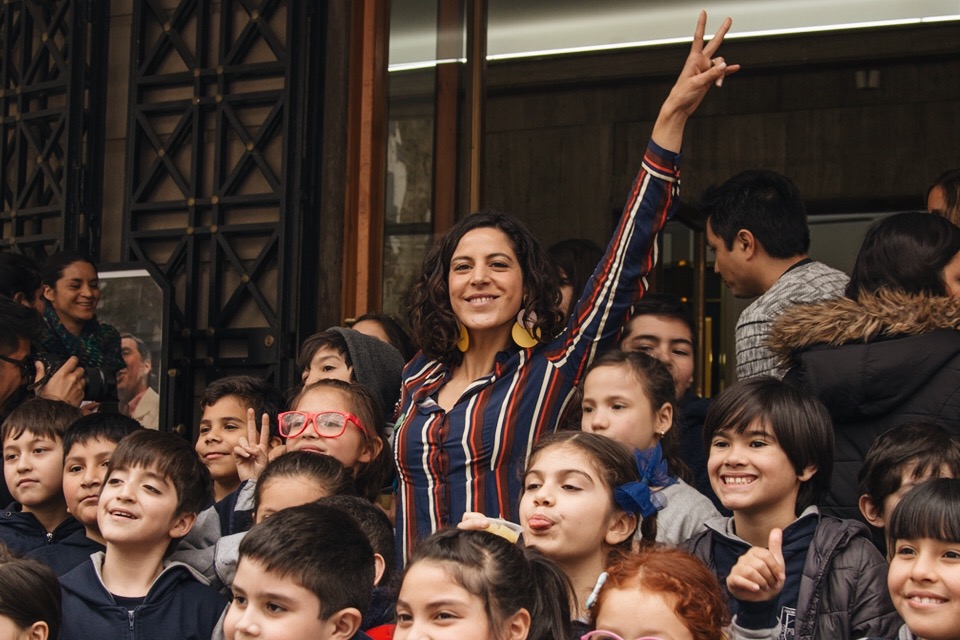 How did you come up with the idea for the festival?

We are passionate abоut children’s аudiovisual content and we are lucky to have seen amazing local and international productions. We wanted to highlight the excellent quality of film and TV productions made by Chileans, who had no real chance to show it to Chilean kids, simply because there is no public children’s cannel in the country and the TV programming for kids is incredibly low: around 3% of the total. So

an open and free festival gathering the best children’s content in the world and thousands of kids invited to see it — that was a dream.

What are the most important traits that children programs must posses?

To be fun! That’s the key. Of course, they need to be respectful and considerate of childhood’s specifics. This means

a quality children’s show must be born from the belief of “children in the center”.

It needs to revolve around children and their topics of interest, in a language and with a sensitivity close to them. This is the only way these programs can contribute to kids’ socio-emotional development.

At Fan Chile, children are the jury. How do you select them?

We don’t select the jury! We invite to the cinema as many kids as possible and organize over a hundred screenings in different Chilean cities, so that a maximum number of little viewers can watch and vote. The challenge comes with calculating the results afterwards, but luckily, there is Excel and programs to help with that. 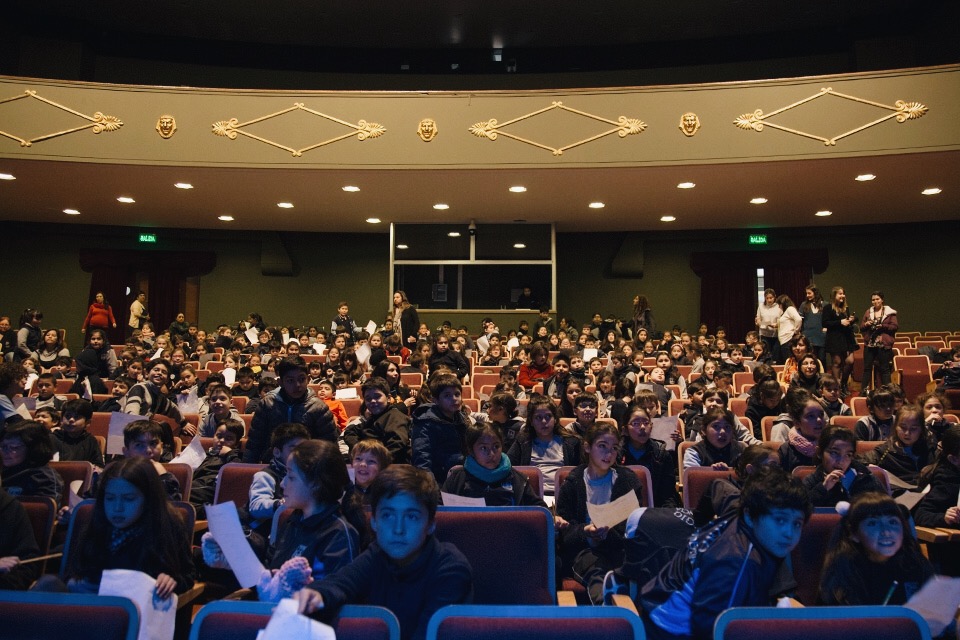 Tell us a funny story around your work.

At FAN Chile we have this activity called “Focus Mixto”: a kids’ focus group of a sort, where they watch and comment on local productions that are still “work in progress”, so that filmmakers can take their target’s opinion into consideration and improve their work. Well, the comments that children make in those sessions are just hilarious, they are incredibly lucid and critical. Once they discovered a continuity error in a programme and the director and producers were a bit embarrassed that a 5-year-old was actually able to detect technical issues they couldn’t see themselves. It was really funny and we all enjoyed it as this “a-ha moment” when you just realize how brilliant children are.

How has the festival made a change in the Chilean TV landscape?

The festival has managed to change the mentality of local producers, policy makers and the audience itself.

In only 4 years we have observed amazing results, such as local producers forming a strong creative sector and key authorities in the executive and legislative power talking about the importance of making quality content available for kids. We hope there soon will be a channel or platform exclusively for children, but that’s really challenging in a country with privatized media and a relatively small audience.

You have started your career as a journalist at CNN, Atlanta. Are stress levels are high as we would imagine?

I did my internship at CNN International and lived and worked in Atlanta when I was very young. It was really exciting and I enjoyed waking up early and staying late. I learned a ton and met amazing people. Of course, it was challenging, but more than everything, it was fun and thrilling. I don’t think stress levels are actually much worse than other fields. There are long working hours and it can be exhausting, but the adrenaline of a live news studio is rewarding in every sense. The only reason why I quit media journalism was because for a wannabe international reporter, the digital era was not the best. Once back in Chile working for the local CNN, I realized I was never – or hardly ever – going to travel, and I really wanted to experience the world. So I gave up my job and decided to travel on my own. I left with my backpack, lived, studied and worked in Southeast Asia, New Zealand, India and Europe, and came back 6 years later to do my own thing and participate in the development of FAN Chile.

What do you think is the future of learning?

The future of learning is creativity. The ability to come up with new solutions, to look in different places, to trust ourselves and our instincts, to develop different skills, to face the unknown without fear.

We are constantly talking about “the future of work” without realizing it is already here.

Kids have all the potential to do this, it is actually our old fashioned educational system limiting their capabilities. But that’s changing and

I feel as a part of a generation that doesn’t have the right answers but is asking the right questions.

I trust in progressive change to open our society to embrace creativity as a way of living, and strongly believe FAN Chile is part of that. 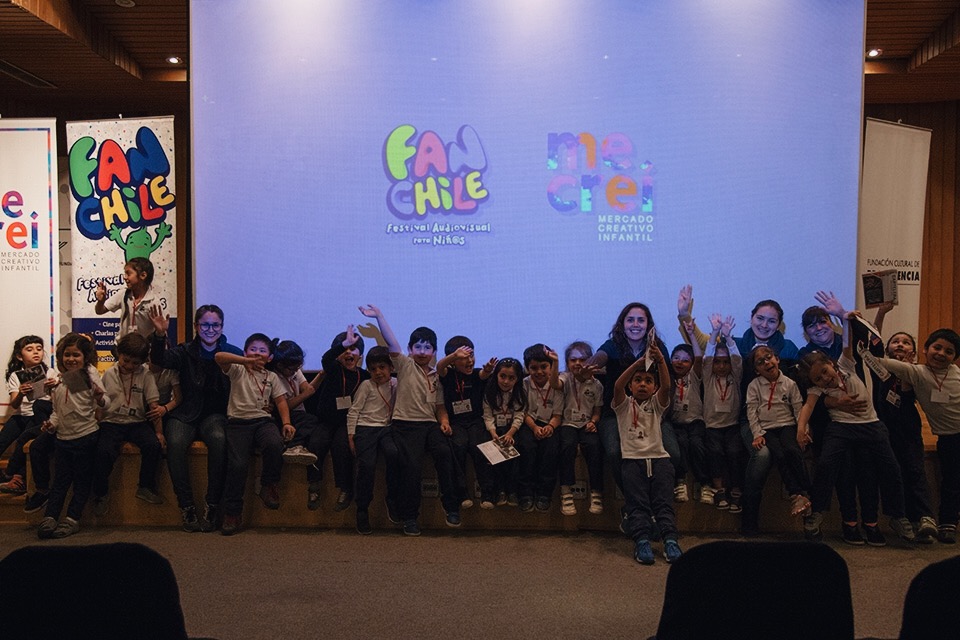 What is the most rewarding thing about your work?

That I love it, and I’m happy to work with people that love it too. Sometimes you watch a children’s film and you think: “This is the best!”. Then you watch it again, together with the kids, and they make a single comment or gesture that depicts such a strong connection that it lights a spark in their eyes, so you think again: “No, actually this is the best!”. Children’s reactions and emotions can teach us a lot and really challenge our rigid structures and preconceptions.

What are – personally – your favorite TV programs for children?

I’m strongly attached to “Emoticones” (Colombia) and Puerto Papel (Chile). There are some European short films that have really touched my soul — “Room on the Groom”, “The Gruffalo”, “Two Brothers”, and many others. I lived and studied my master’s degree in Denmark and Germany, and was lucky to attend many festivals and watch amazing productions. I wish we could cultivate that culture of single-piece productions that can be magical for kids too.

Life… You never know. And finding a sustainable business model for FAN Chile. So far it has been relying on public funds, but we have reached a level where we would like to see it grow, and public funds do not allow for that. Creating new business models that can combine all the opportunities we have: that is the “crusade” of creative entrepreneurs.