The rise of women’s football proves that “You play like a girl” is nothing short of a true compliment. But choosing football as a hobby or profession is still not easy for a female. This is what we learn from Fati, founder of the women’s amateur football team Cacahuètes Sluts from Paris, France.

Tell us a bit more about Cacahuètes Sluts.

Cacahuètes Sluts is a creative, committed and inclusive amateur women’s football team based in the North of Paris. We may play for fun, but we are very competitive! The team is composed of unique and amazing girls, passionate about football and inspired by culture, art, feminism and diversity. What characterizes us is that we love sharing our experiences with other girls in real life and on social media, especially Instagram. Last, but not least, our kit is particularly badass and colorful.

The name is quite catchy.
What’s the story behind it?

“Cacahuètes” means peanuts in English, and sluts… well, it’s sluts. We chose the name accidentally during our first training session. We initially planned it to be two-hour long, but just an hour had passed when we decided to go for a beer. I remember that all the girls were around a small table and while debriefing that first training, I said “Girls, we play like cacahuètes!”, which means we are not really that good. Another girl added: “Well, we may be peanuts for now, but we’re sluts!” I think what she meant is that we’re tough and not giving up anytime soon until we become way better. 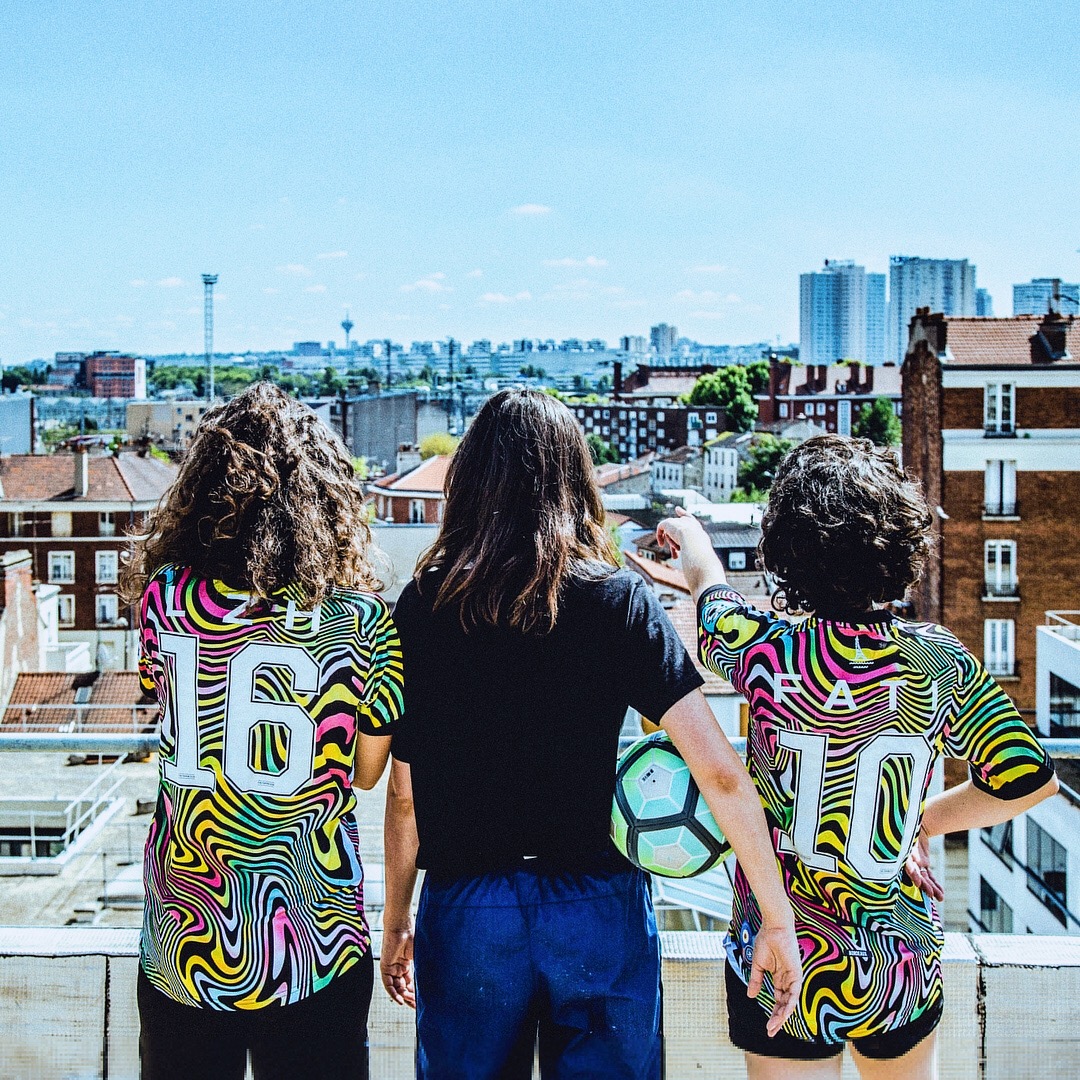 How did your love for football start, what are your first memories?

The best memory that I can think of is at the World Cup Final in ’98 when Zidane scored two goals for France. I’ve never been so proud to be French and Algerian at the same time.

My love for football started at the age of 5 or 6 when my brother brought me to see a local team in Algeria. He told our mother we’ll play outside without saying more: it was our secret. I was so impressed by the atmosphere and all those people just staring at the green field. Me and my brother used to play a lot on the streets of Dellys (my hometown) and as I looked like a little boy, it wasn’t a problem. Later, I continued to play on the streets, but in France. When I was 10 I decided to join the same club as my brother and played with the boys until I was 13 — then

I lost my position, because I was a girl and back then there was no such thing as a girl’s team. I was devastated and convinced that being a girl was a burden.

And in 2000 my family and I moved to Paris, where my mum — my hero — had the great idea to enroll me in a girl’s team. That’s how the dream became a reality. 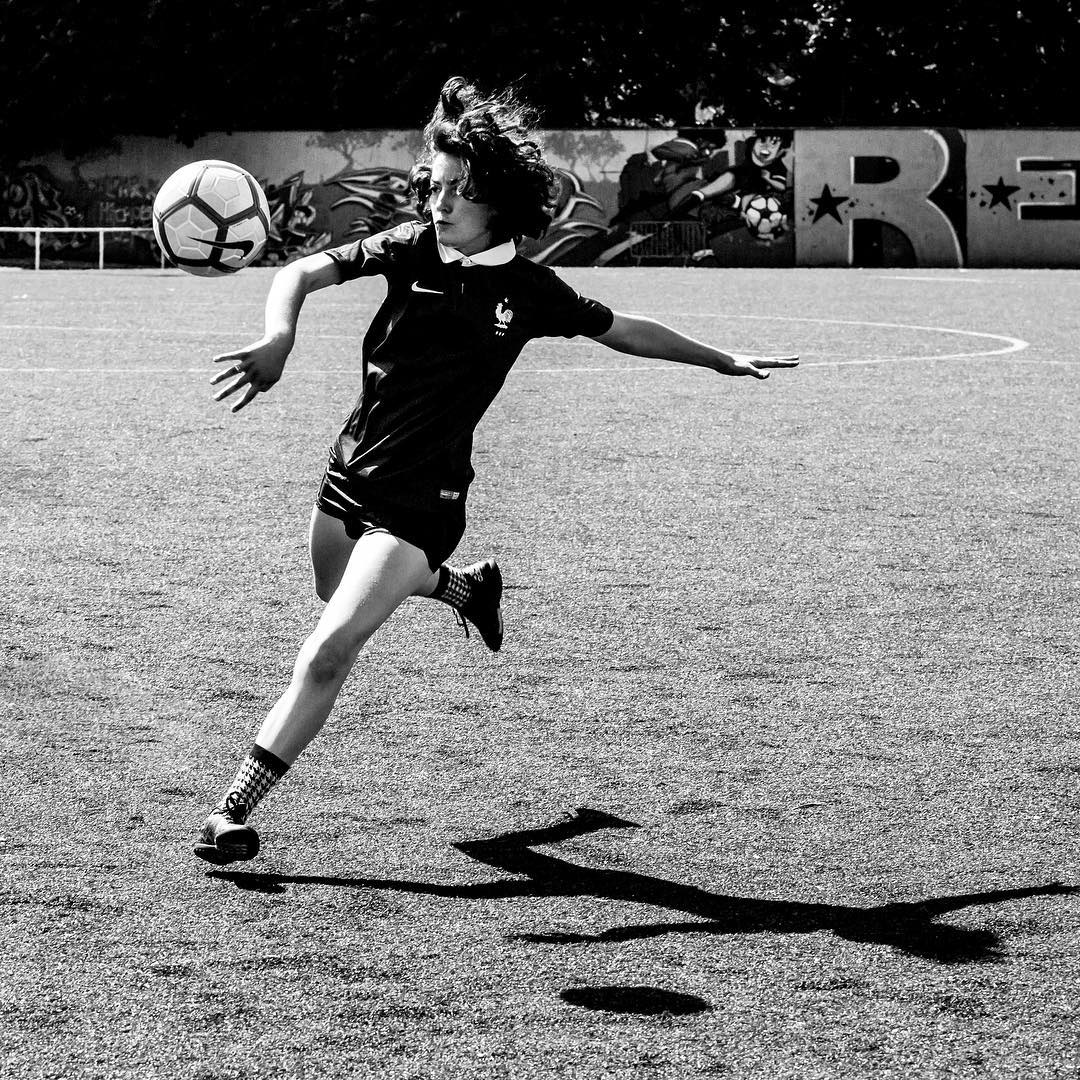 How did you assemble the team? Were you friends before or did the team made you ones?

I recruited the first “cacahuètes” during a party. And then we proposed a few friends to join us for some amateur sport.

It was just us at the beginning, but very quickly I knew that we play not only for pleasure, but it was also a way to write our history, share our vision, affirm our place in a society where the women’s place is in constant questioning.

Thanks to social networks, we continued to recruit new members and created the whole branding. It was an exciting moment, we felt like pioneers for anonymous female football players.

Do any of you have a background in other sports besides football?

Yes, we do. Members of our team have been practicing handball, basketball, skateboard, roller derby, tennis — many sports, except football. If you ask any of our girls why they play football now, each of them will tell you a different story, but they would all have something in common:

the fact is that it wasn’t easy for a young girl to choose football as a hobby. 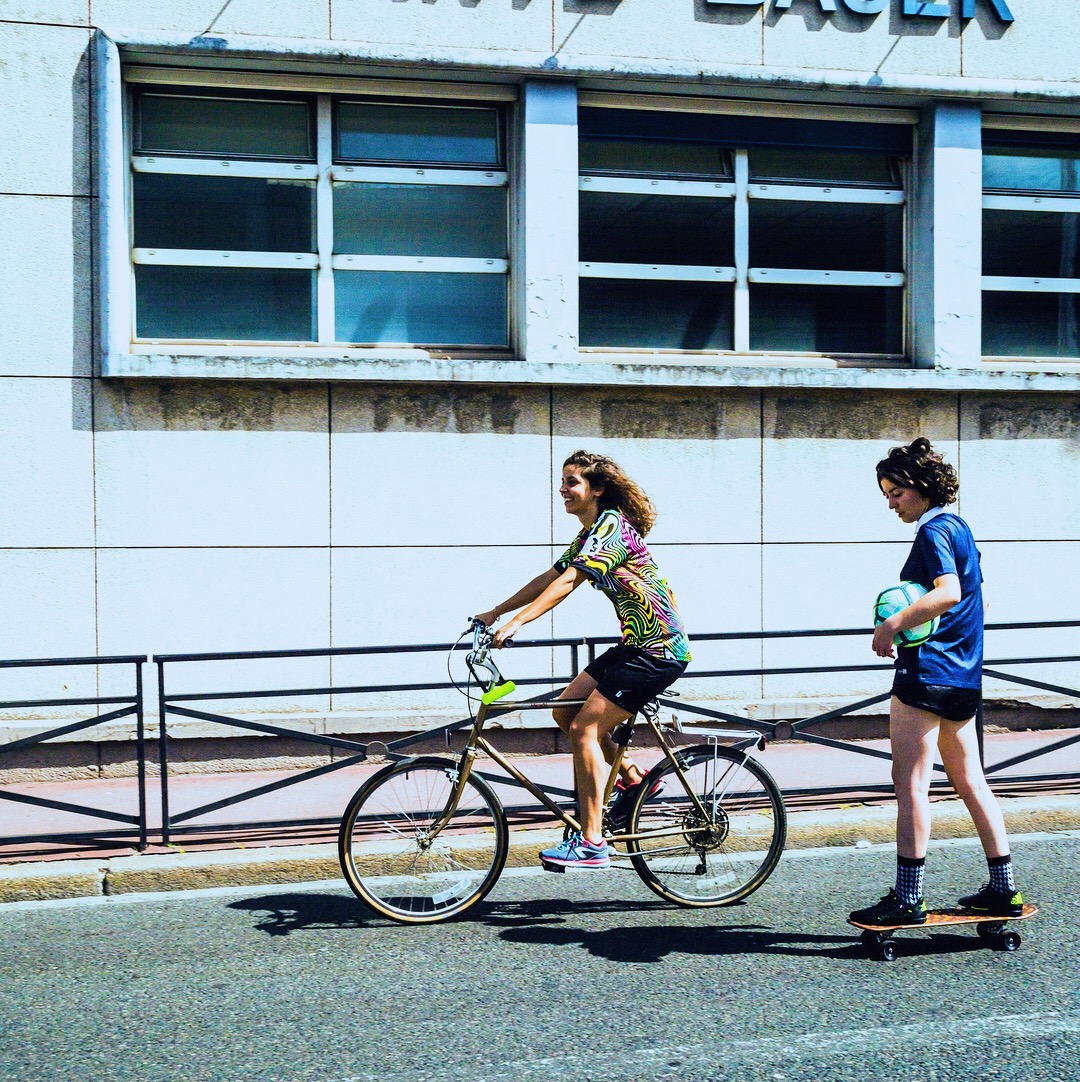 For some this choice now may be a revenge of sorts, an affirmation or just a simple curiosity to test something that’s labeled “unusual” for a girl.

Everyone seems to know of Marta and Ada Hegerberg, but who are your personal favorites when it comes to female football players?

It’s logical, as Marta is the best female player, hence very famous all over the world, and Ada became the first female Ballon d’Or winner, which is historic!

Since Euro 2017, we have seen a new generation of players — free of insecurities, very strong technically, and wanting to be taken seriously.

I’m thinking of Lieke Martens, Shanice van de Sanden, Nadia Nadim. I am a super fan of Alex Morgan, she is my favorite and I remain faithful to my first love 🙂

Women’s football seems to be on the rise, still there is a long way to go. How have things evolved in the last few years?

Women’s football has moved in the right direction and the level has increased immensely! It is also better represented in the media thanks to the last European Cup, Ballon d’Or and now with World Cup 2019.

As for equal pay and financial investment, there is still a long way to go. 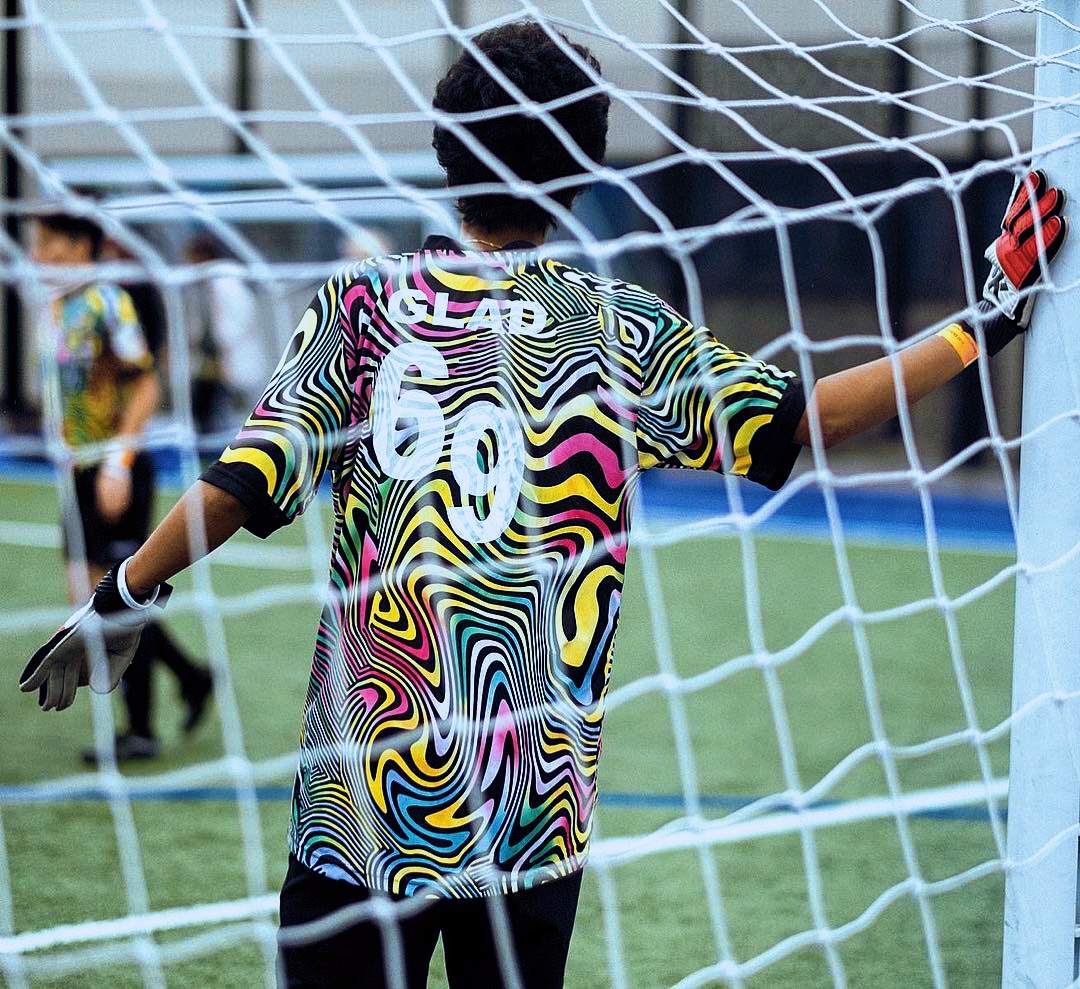 An important issue is promoting amateur football for women and girls all over the world. We need to encourage a little girl in Nigeria, in Pakistan, in Saudi Arabia to play football safely and proudly.

Have you ever received a weird reaction when you’ve told someone you not only love, but also play football?

I would love to say “no, never”, but in reality that has happened a few times. Like during casual conversations, in a taxi, at work, at a birthday party. What’s really surprising it that it also happens on the pitch.

Yes, idiot, I love and play football
just like you!

Sometimes the reactions are disrespectful, sexist and homophobic. Luckily, it’s outweighed by people who encourage us and it’s their good vibes that push more and more our visibility.

How much of your time does the team take?

Lots of time and I love that! We usually train every day for a while and more prior to a competition: especially if we are visiting another country. The model of the team is participative leadership — I am the captain, but all girls are helping to make it happen. For example, during trainings there are two or three of us managing, but when we have a decision-making process, all of us are deciding together. We choose what we want and when we want it. We are a very independent team! 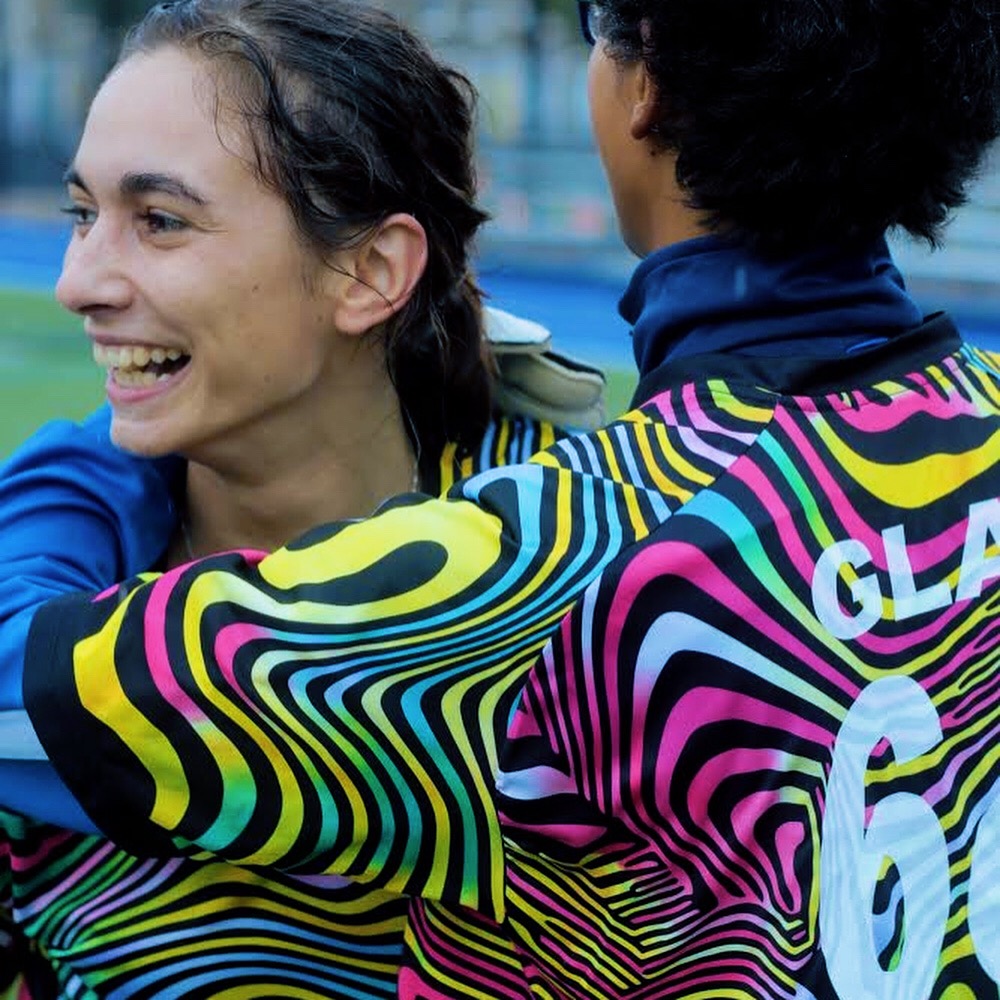 Your kit is awesome: how did you come up with the design and what stands behind it?

We especially love the last one: the so-called LSD kit. From the beginning we wanted our kit to be unique and innovative, something different. Our whole identity as a team relies on this message: amateur can be sharp, women’s football can be cool and attractive. The current kit comes from a partnership with Le Ballon and is designed by Jason Lee, aka @losdejos. 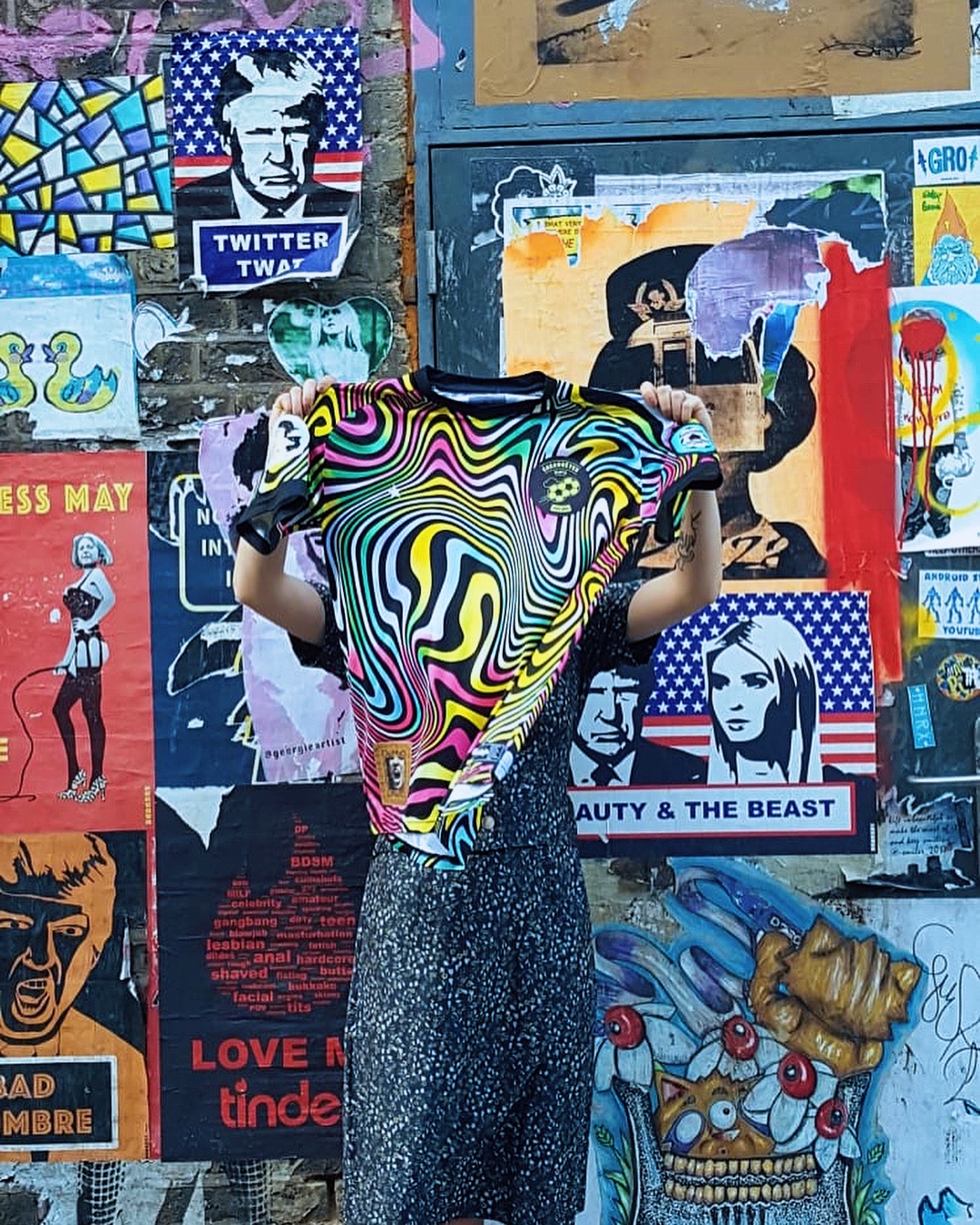 I have to confess, the best ones are English. We love Season mag, This Fan Girl, Together We Play Strong, all of which have very eclectic content focusing on women’s empowerment. When you follow these accounts, you feel so much more proud and confident to play football. You realize that you are not alone, we are everywhere. We also follow Surface mag, Mundial, SoccerBible, 8by8: they support women’s football a lot and it’s important to have allies like them, which represent football culture all over the world and where women have a visible place.

Which teams do you personally support and why?

I support the national team of France, it’s my homeland and a lovely country. I’m very fond of Amandine Henry. Women’s US and Japan teams inspire me too, they look strong and united. I love the pride and cavalier attitude of the US team, the humble but confident demeanour of the Japanese players. I would like to posses all of these values. 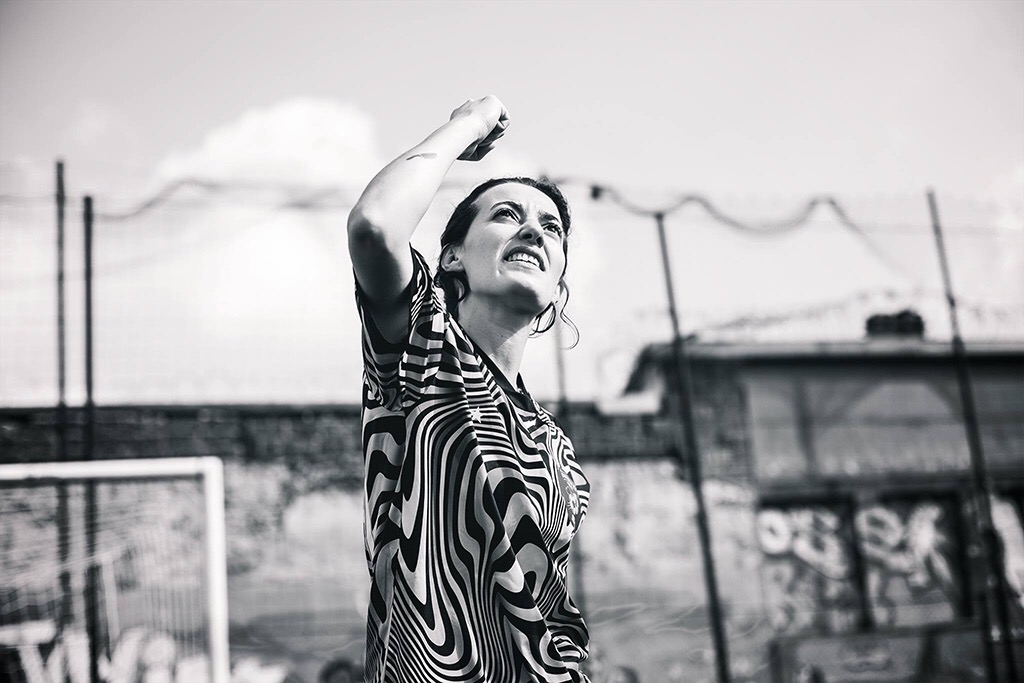 How do you see the future of women’s football: in a perfect world?

I believe it’s going to be a positive one. Let’s analyze the Women’s World Cup kits launch. Two major brands, Adidas and Nike, proposed a new design with a huge communication around their launch. I’ve never seen that, the news everywhere around me were all about women’s football.

Press plays a crucial role and if we take a look, right now they finally do give the expected visibility. This is the first time in France that a public TV channel will broadcast all matches from a women’s competition. It’s historic and good for all female players and fans. In my opinion, there are two main challenges: first, female players should be offered everything a male one is, including equal pay. Second, girls everywhere should have access to football through structures supported by FFF, FIFA, sponsors – etc. Making women’s football popular, that’s the real challenge.