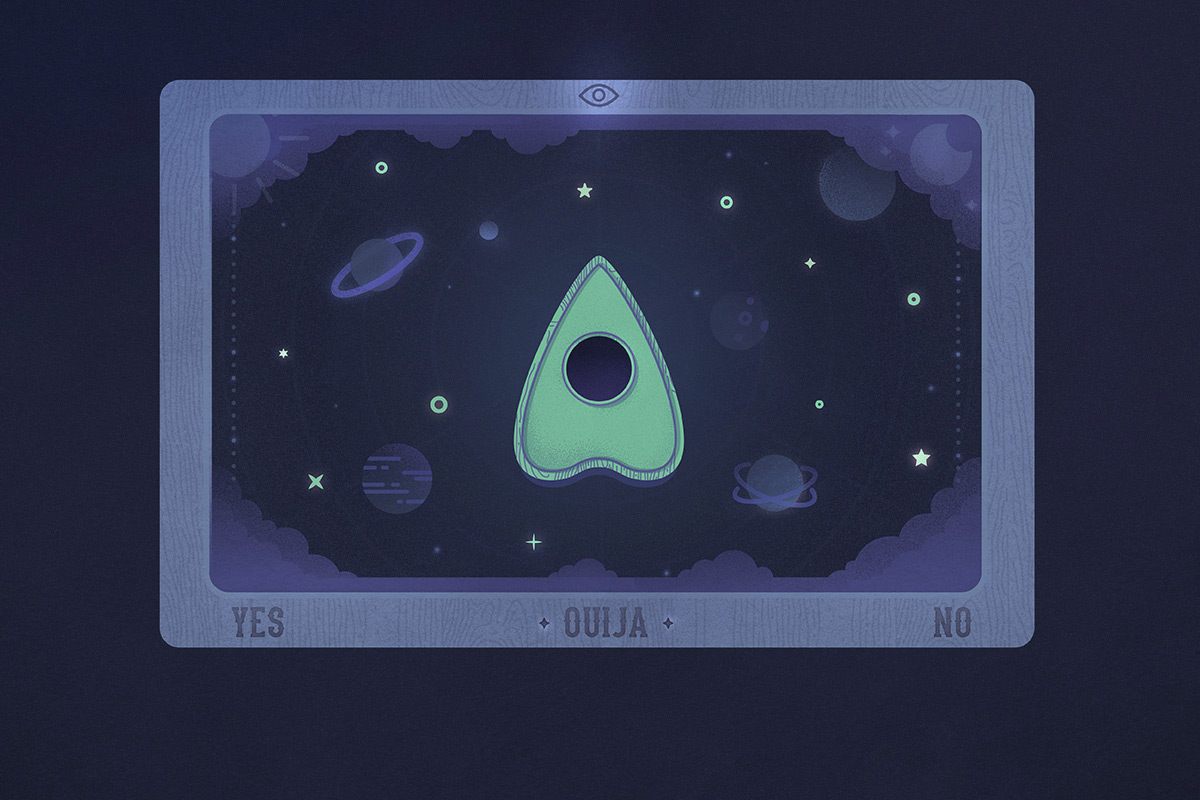 Annabel Gat is a certified astrologer, living and working in New York City. She has a monthly and daily column with Broadly, the new women’s interest channel from Vice, and also holds a private practice.

How did you develop your interest in astrology — is it something you always wanted to practice?

As a preteen, I was obsessed with taking quizzes in teen magazines— I think most people can relate to this! I was fascinated by “types” of people, and of course, discovering who I was.

Also as a kid, I loved Halloween and everything that was creepy. In middle school, I had an Ouija board that I was obsessed with, I used it every day — even when I was by myself, with no one else to hold the planchet with me (obviously this was before the internet was easily accessible; you’ve got to have very bad cabin fever to use an Ouija board by yourself).

A combination of these things drove me to collect astrology books when I was in 5th grade. Astrology is a fascinating way to discover your “type,” learn about yourself and do something a little weird and mysterious (like the aforementioned Ouija board). 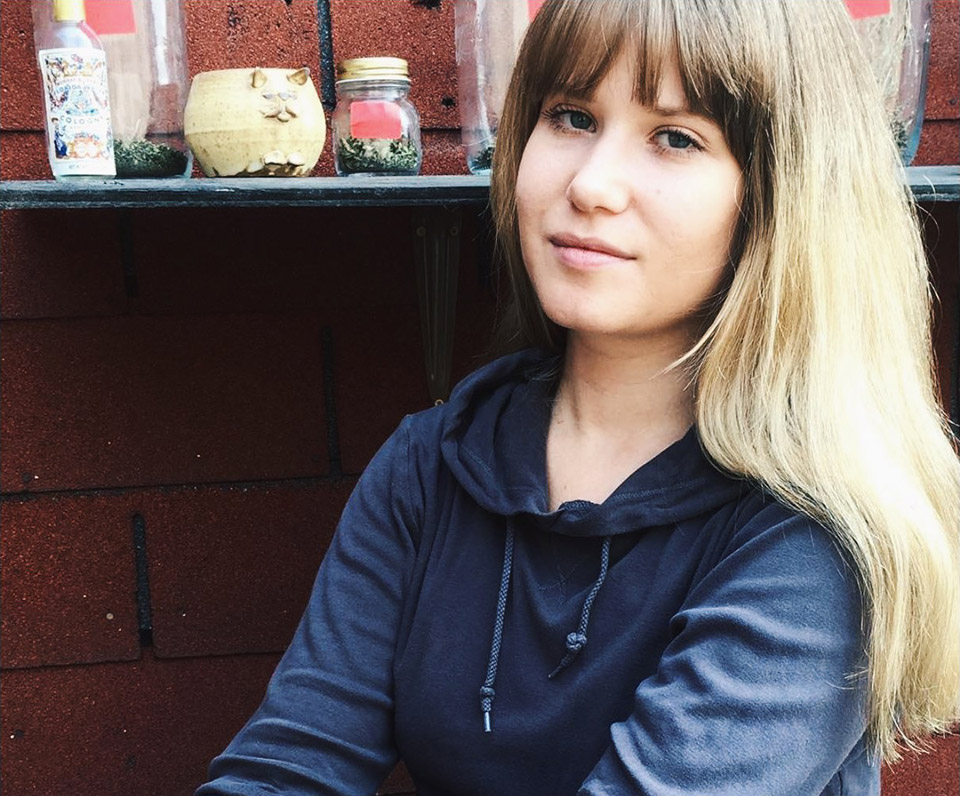 As a teenager, I was very skeptical for the most part and didn’t really care for or “believe” in astrology. But around the time I turned 20 or so, the Halloween lover in me just couldn’t resist getting into ghost hunting, alien conspiracies, etc. I realized

you don’t need to “believe” in something for it to be 100% useful, special, and true for you.

This realization brought me back to astrology, and I’m happy it did. I think I would be a very miserable person without it.

How does one become a certified astrologer?

There are a number of organizations that offer certification, and they all have different processes.

I’m certified by the International Society for Astrological Research. To be certified by ISAR, you must take a consulting skills training course, an ethics awareness training course and exam, a six hour competency exam, and demonstrate that you’ve studied a variety of subjects in astrology. It’s suggested that you practice astrology for at least 10 years before you take the competency exam; it’s rather difficult!

Tell us more about Broadly.

Writing the horoscopes for Broadly has been a wonderful experience. I feel so proud that my horoscopes are placed next to so many smart, funny and interesting stories. Vice is famous for pushing boundaries, and Broadly is no different.

In a recent interview with wired.com, our Editor-in-Chief, Tracie Egan Morrissey, stated: “I actually don’t really care what men think or how they feel.” How badass is that? This is exactly the kind of person I want behind a website that gives me my news.

You have been doing astrology and tarot readings for a long time. Can you tell us more about Rootastro?

My professional consulting practice began in 2009, and from 2010 through 2012, I taught a twice monthly class at Edgar Cayce’s Association for Research and Enlightenment, with an amazing magician and writer, TC Eisele. In 2013, Catland Bookstore opened in Brooklyn, and I was their first resident reader. Rootastro is just the name of my website, which at this point is under construction. It is the shortened name for Licorice Root astrology, a sort of pen name/online handle I used for a while (I write under my own name now, though the @rootastro handle is still in use).

How has astrology evolved in the last years, now that we’ve moved beyond concepts such as the “Aries man” or the “Libra woman”?

It has devolved over the years, with the concept of the Aries man or Libra woman now more accessible than other branches of astrology.

I’m not at all saying archetypes such as the Aries man or Libra woman are unimportant or irrelevant to branches of astrology beyond the basics. But when the average person hears these phrases, they think of sun sign horoscopes, which are less than 100 years old. This is probably the first time in human history that people are so unaware of the many branches and uses of astrology.

When I write my horoscopes for Broadly, I’m always excited to go beyond the basics. I think people who read their horoscopes religiously every month are ready to go beyond the beginner level (the typical take on the month or day ahead). I try to insert plenty of information about traditional astrology and various other branches. Even though a monthly sun sign horoscope can’t speak to everyone’s individual birth chart, my hope is that my horoscopes can be used as a jumping point into deeper astrological topics, should the reader be interested in taking that leap! 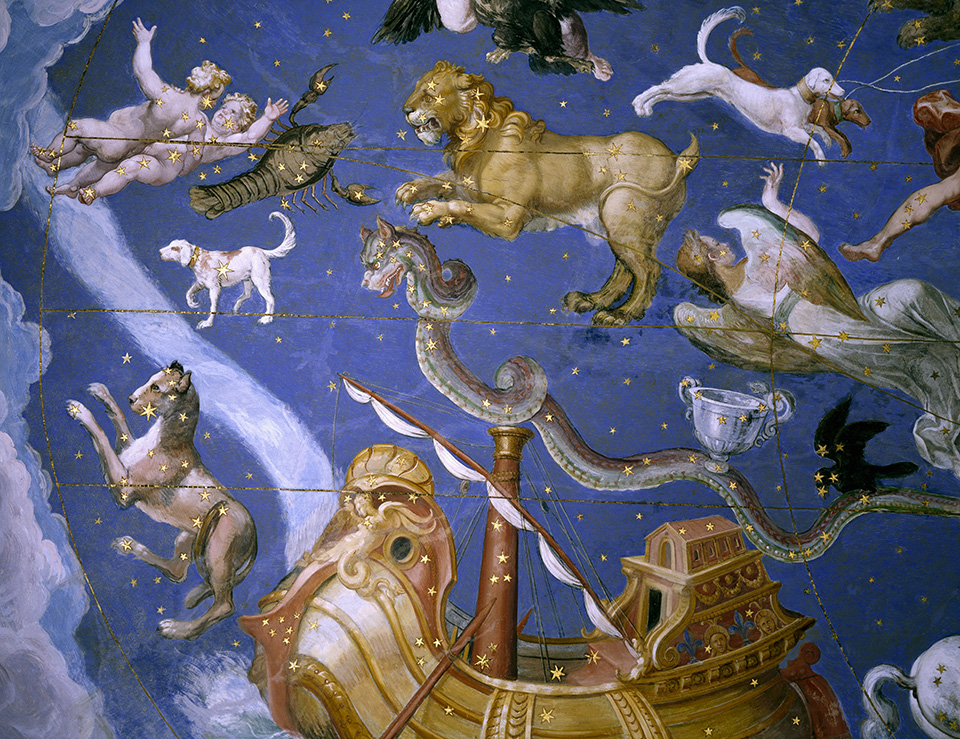 Are there any trends in astrology: on a conceptual and/or professional level?

Yes, the queering of astrology is especially exciting. My editor at Broadly, Callie Beusman, wrote a fascinating article about it recently.

How do you see the future of astrology?

I hope astrology will always be a weird, fringe subject that brings inspiration and excitement to people’s lives.

I hope astrologers continue to research old texts and rediscover ancient techniques (shout out to Chris Brennan and the amazing work he has done recovering the technique of “zodiacal releasing”), and I’m sure the future will bring new methods too.

There are people who love to deny astrology. How do you react to skepticism?

I usually react with relief that someone won’t shove a birth chart in my face. Just kidding, in all seriousness…

I get very upset by people who don’t believe in evolution or who oppose abortion, so I can sympathize with people who are upset by astrology. That said, I rarely meet people who object to it because of religious reasons, but if I do, I try to be respectful and to change the topic.

Often, people are upset by astrology because they think it’s fortune telling, and so it must be a con.

I also think that conning people and claiming to have magical powers is wrong, so I agree with this argument.

There isn’t anything to be skeptical about with astrology. Either it works for you or it doesn’t (and I don’t care making it work for everyone).

If someone isn’t inspired by mythology or isn’t fascinated by how people considered the cosmos in the past, then that’s their right, and I wouldn’t try to change their mind. Most of my friends have zero interest in astrology.

What makes a good astrologer?

Excellent listening skills. And, this is true for any writer: read things other than the topic you write about. It will keep you and your writing interesting.

I’m launching a group for lady astrologers later this autumn, the Hypatia Group, which will offer scholarships for women in financial need to attend astrology conferences. Also, we have some great things brewing at Broadly for our astrology section, but for now my lips are sealed!