Alex Bec is the co-founder of It’s Nice That: the web platform that celebrates design in all its forms. We got some insight on how a school project becomes a website that attracts more than a million people per month.

Теll us a little about yourself: your childhood, your education, etc.

I grew up in London until I was about 13 and then my family moved to a small town near the South Coast of England for work. I went from inner­ city multiculturalism to a small­town shelter, which I hated at the time but allowed me to see two very different sides of the world.

After school I studied Graphic Design at Brighton University, where I met Will, the founder and co-owner of It’s Nice That. That’s where we started working together on little art direction and design projects. One of which was itsnicethat.com: a one week project answering a brief of “put something in the public domain to make people feel better about themselves”. And as they say — the rest is history. That was nearly ten years ago… 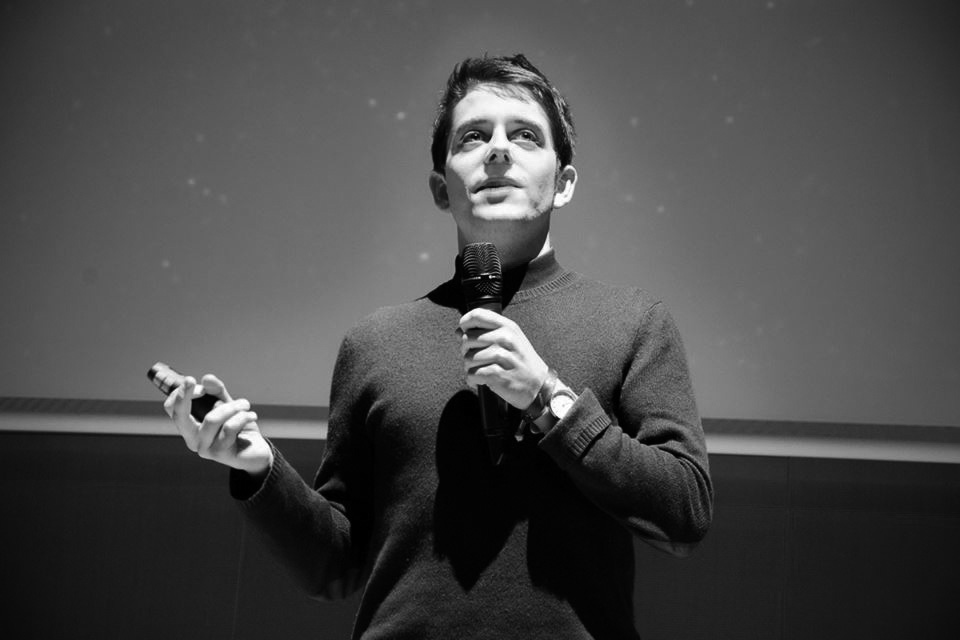 Walk us through the whole process: from the idea to what It’s Nice That is today.

“put something in the public domain to make people feel better about themselves”.

Will’s response was It’s Nice That: a site showcasing the very best creative work. That was in 2007 and back then me and Will were flatmates, but it was very much his baby. We were working together on other projects but not It’s Nice That directly.

Then in 2009 (after we went and got jobs in design and illustration) Will said to me that 80,000 people were looking at the website! I had no idea it was getting so popular, so we decided to quit our jobs and concentrate full­time on It’s Nice That and see if we could make it our job.

Fast forward 7 years and many studios later, lots of successes and failures — we now reach over 1 million people across our platforms every single month, and have a team of about 30 people across It’s Nice That and our creative agency INT Works.

In 2013 you started publishing Printed Pages and it has been a success. Why do you think printed media has such a comeback and seems so relevant?

Ever since 2009 we’ve had a printed incarnation of It’s Nice That, and since 2013 that printed version has been called Printed Pages. Print has always had a great purpose for us, from being a way to showcase great work from a different angle and write more long­form content ­to now being a brilliant archive of the thousands of articles being written on itsnicethat.com every single year.

Аpart from website and a print magazine, It’s Nice That is also a creative agency now. Was this the most logical step for your media to expand and how did it all happen?

The agency grew very organically — а­ brand approached us because they saw It’s Nice That and the incredible network of talent we had. The agency has grown from being a way for brands to make great content with amazing creatives to now doing much more strategic and production work too. I wish I could say it was our genius to start an agency ­but it came about very naturally. That isn’t very exciting is it?

Lots of people want to work for you, what do you search for in a potential team member?

It’s amazing how popular It’s Nice That has become and I feel blessed people are interested in working for us, so it’s nice to hear you say that. We have some strong values as a company that we look for in everyone we hire: being personable and human, being interested in lots of different things, being obsessed with high quality and always remaining positive and proactive. So if you share those values and are talented then you’ve got the chance to come and work with us!

What does it take for a piece of content to be published on your platform and how does the selection mechanism work?

We’re always looking for great ideas or great execution. A combination of the two is even better.

Our editor Owen always says our site is about ‘Great ideas, and the people that make them happen’. The process isn’t linear, we might find something online, be recommended something from a friend, see something on the street, or get an email from someone. There’s no tricks!

How do you see creative media outlets developing in the future, what’s ahead of them?

At the moment I am mostly interested in how branded content develops for platforms like ours, or whether all publishers will start to embrace some kind of membership or paywall… The future is always exciting though!

How does one develop and keep a “brand” in the vast world of online media?

You have to have real purpose.

You have to know why you exist, and then try and fulfil that mission every day.

That’s the only hope you have — if people really need you, then you’re onto a winner.

People are not only searching for inspiration online, but also subconsciously forming their taste. That being said, does running such a platform carry some sort or responsibility?

Absolutely. Although it’s important to continue to be ourselves, no matter how big the site gets ­we need to make sure we continue giving value to our audience and that’s the number one
priority. If we keep that in mind we can’t go too far wrong.

As soon as we start showing things that we don’t believe in, without thinking about our audience, we’re finished.

What is your personal top 3 of online places you visit everyday?

Which are the people and the media outlets that had influenced you professionally?

A huge influence on me has been Sir Paul Smith. We were lucky to meet him early in our career and still see him regularly to this day. He is the master of keeping personality and a strong brand at scale, which is one of the hardest things in the world. He’s also very interested in some things we’re interested in. I don’t really get inspired by other media outlets… sorry!

We’re working on some exciting new platform ideas at the moment which we’ll be sharing in the next few months… Оh, and I’m off to have dinner.